Here I am, in a cute little boulangerie in a small town about an hour's train ride from Luxembourg City, drinking coffee and being disrespectful. How is that? Because the town is called Clervaux yet my brain keeps morphing the name into "Chavroux", which is not a town at all, but a brand of fresh goat cheese... I mean, it's good cheese and I really like it, so it's not really that offensive..? Just don't tell the townspeople or forward this blog to them. Thanks. 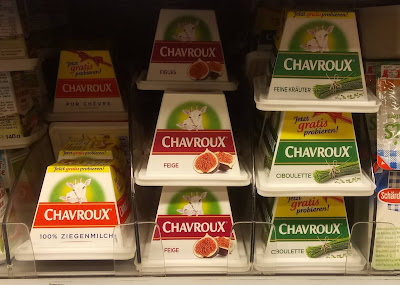 Clervaux is my Dinant. I'm not actually going there after all, because the return trip there is over 5 hours by train, with changes, and costs EUR 55,00. Either one of those factors would be fine on its own, but the combination is a dealbreakee. So, I had a quick look online and decided to come to cheesetown instead. This is only about an hour from Luxembourg and, interestingly, accessible with a day ticket that covers all trains and buses in the country and costs only EUR 4,00. The cheese and the distance were the deciding factors; the cool ticket is just an added bonus. 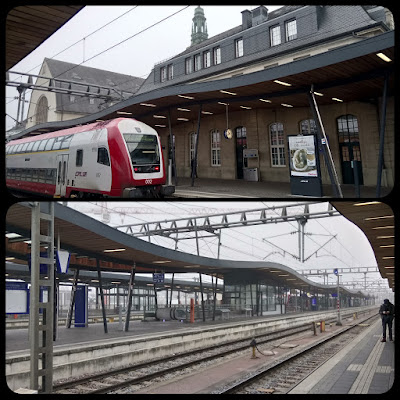 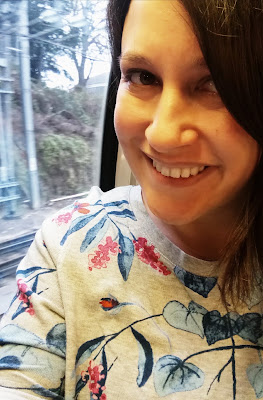 This face is called "yay exploration".

Allow me to offer you a piece of unsolicited advice before I continue: if you're going to a new place and have not the slightest idea about anything about it, at least pretend to look at a map. Otherwise, you'll end up doing what I did, because I pulled an isa earlier. After the train attendant kindly confirmed that the train I was in was indeed going to Chavroux, so long as I was actually talking about Clervaux, I got off the train at my stop and headed toward my destination. Except, I was really heading away from it. 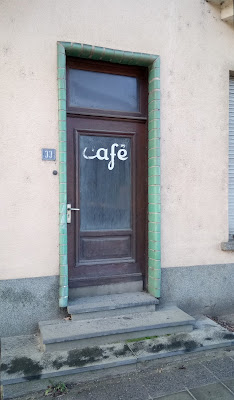 This should have been a hint.

At least, I got close to a bunch of frost-covered bushes - that's a win in my book. 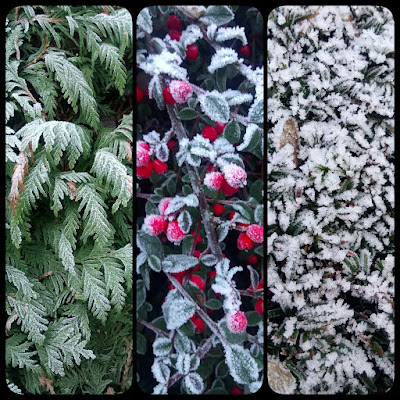 Walking in the right direction then took me into the town proper, which is very cute and still full of Christmas decorations. 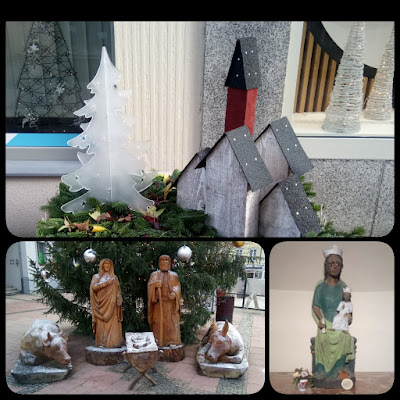 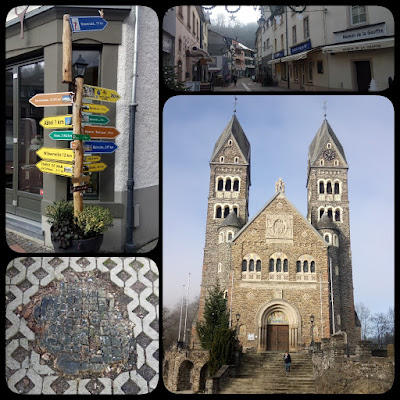 Take a close look at the signpost.

From there, I went up the central hill (mountain?) (hill.) to the church and the abbey. Both are pretty, and there's interesting stuff to see along the way as well. A bunch of battles to place in this area during the Peasant's War of 1798 as well as WWII and there's commemorative plaques and monuments to teach visitors and help the locals remember. 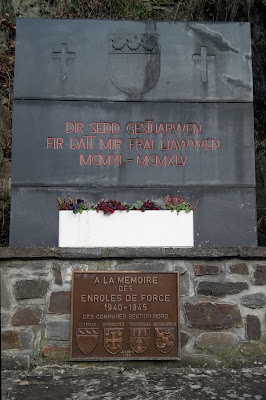 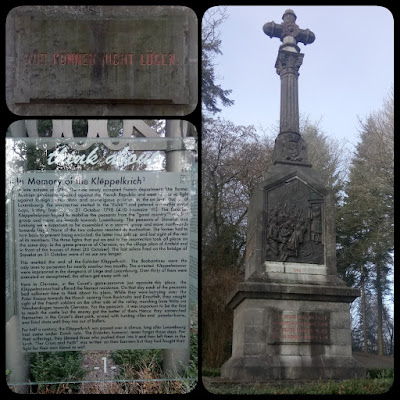 Getting up to the abbey was great, as it was a very scenic walk up the hill through the forest. There's a regular road to drive or walk up, but there's a path through the trees that makes for a nice bit of exercise for those of us who need to move their legs after they spent literally a whole day sitting down. 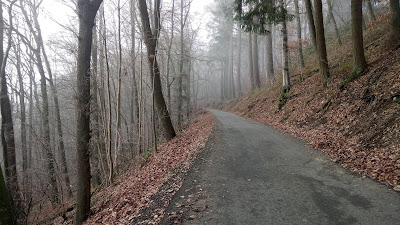 There's a small exhibition in the abbey about the monks' lives, which teaches you courage at the same time - because it's creepy af. One small sign, a cellar door with barely any light behind it, then a dark cellar where the lights come on section by section, triggered by a motion sensor and accompanied by the type sound you'd hear of a monster were coming out from a hidden door in the wall behind you. 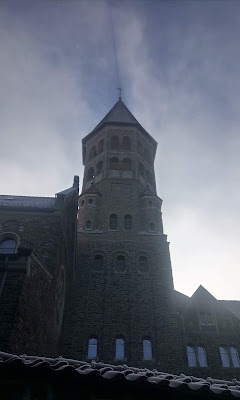 The shadow in the fog looks really cool. 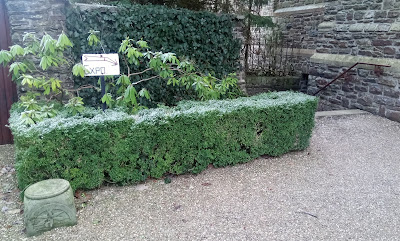 Back down the hill there's a bunch of boulangeries and cafés where they don't really know what a Latte Macchiato is. But they do play the Foundations. And the coffee is good enough to help no-sugar-girl get over the fact that all they have to eat, when it comes to snacks, is tartes, cakes, and white bread. 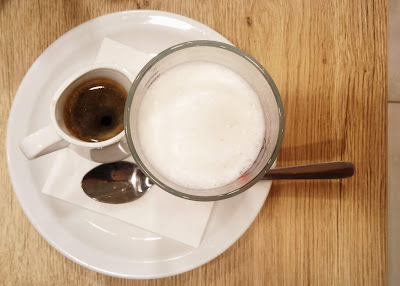 That's not an espresso, it's filter coffee. What?

I'm going to look around some more and maybe have an actual meal somewhere later, then head back to the city - if I can find my way and not pull another isa.