I carried a watermelon.


This post is about the fulfilment of a life dream. About getting to do something incredibly cool that you never even considered possible. Bucket list level turning into your own favourite movie.

I do. I have no idea whatsoever how many times I've seen it so far. But it's been many. I watch it whenever it's playing on a tv I happen to be around. I actively seek it out online or on the family's tv set regularly, probably once a year. I quote it. A lot. Because I love it. A lot.

It's a classic, especially for us 90ies kids. On a list with Home Alone, The Princess Bride, Karate Kid, and the likes. And it's totally fine if somebody else doesn't like it, I'm not a maniac! But I do feel like everyone should have seen it once. If I exclaim that "nobody puts baby in a corner," you shouldn't be overly confused.

Now, on Friday I had the opportunity to participate in an immersive theatre adventure created and performed by the Nesterval theatre group: Nesterval's Dirty Faust. A crossover between Goethe's account of the German legend and the rhythm of Swayze's legendary hips. 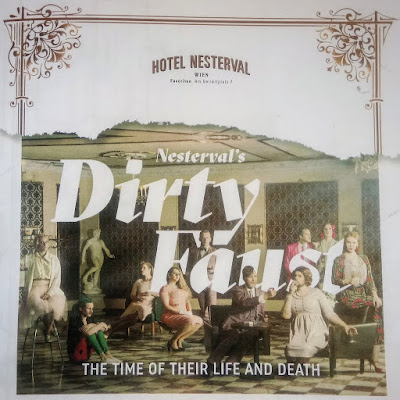 A mashup of the two storylines, interpreted as an interactive improv play, where the audience becomes a participant, deciding whether to tip the characters' fate towards good or evil in an abandoned building in the city. I'm not telling you more at this point, because the show will be on until December and I don't appreciate spoilers. Gotta be fair!

But what I am telling you is that - and you've probably guessed it - there is a watermelon. The watermelon is an actual character in the adventure. He's a creepy dude; he gave me the chills, that guy!

Here he is, the sneaky little secret-keeper, the devil's green and red buddy, the hissing and whispering trickster: 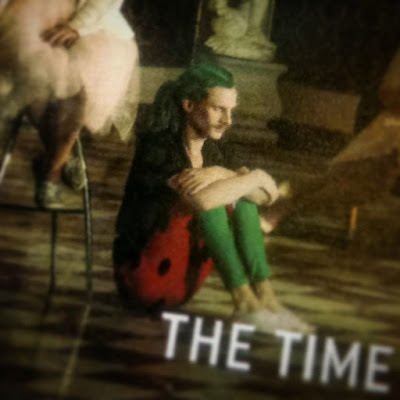 I asked him to share one of his secrets with me when we were walking towards the abandoned kindergarten's chapel for the Nesterval hotel's end of season party. You know, I always do the last dance of the season. (Another quote, eh...)

"Carry me," he whispered in my ear.
My answer: Okay, sure, why not.
My internal reaction: OMGOMGOMGYAAAS!!!

I hadn't known this was a dream of mine until the opportunity all of a sudden and out of nowhere presented itself to me in watermelon leggings under a pink tutu and wearing a thick layer of lipstick.

Guys, guys, GUYS!
I carried a watermelon.
I CARRIED A WATERMELON!

Nobody puts me in a corner!

Posted by isaontheway at 4:10 PM