And a waffle on a stick.

During this time I've been in Austria so far, I've been eating like a king. Which makes sense, because I am a king (this is a Real Austrian Embassy reference, in case you weren't sure).

I don't mean I've been eating like a king in that I'm starting to look like a typical king as the result: fat round belly, beard, the works. I don't have a fat round belly (and don't you dare tell me otherwise), a single beardhair (knock on wood), or any work (this one, I'm not happy about). I also don't mean I have a legion of personal cooks, waiting staff, and a food taster. I get and prepare my own food (most of the time), I only get waited on when I pay for that type of service (at a restaurant!), and I don't think anybody wants to poison me (read: hope).

What I do mean is that over the past two weeks I have been eating things I love - exclusively. That's not always the case, add that in Trinidad I can't get all the things I love (because my favorite foods are very specific and often place- and season-bound). Sometimes, I even have to eat things I don't like at all, just because that's all there is. I'm not exactly complaining here, that's just how life works; I'm saying that during my visit to the mothership, um.. motherland, I mean... anyway, I'm being very conscious and selective about what I consume. By that, I do, of course, mean picky and annoying.

I walk around with this mental list of all the things I remember missing in the last eight to ten months, because I'm too lazy to calculate how much time passes between the end of September and the beginning of July of the following year. And I try to combine meeting friends with getting those foods and drinks and experiences, too, but mostly food and drinks.

The experience I missed the most is being independent: going wherever I want whenever I want without having to wait around for anyone or asking people for rides or thinking forever about whether it's doable and safe or not. And I have that here, in Austria. All the time. I walk to my appointments, up and down and around various districts of the city. In the morning, in the evening, at night. I take reliable public transportation or my mom's car when something's out of walking distance. It almost doesn't matter how I get from A to B or U or T, or T again (see what I did there, I lightened the mood). What matters is that I, isa, do my, isa's, things whenever and however I, isa, want to. And it feels gorgeous.

Oh, how I missed thee, bliss-bringing and empowering winged shoes of independence. Thou fittest perfectly, no blisters ever.

So because that's a given, this post is about food. And because we just saw what happens when I try to be poetic, I'm not going to describe what I've been munching on (which translates to "what this Austrian missed stuffing her face with in the great faraway lands beyond the sea"), I'm going to put up a few of the fifteen thousand pictures I took. 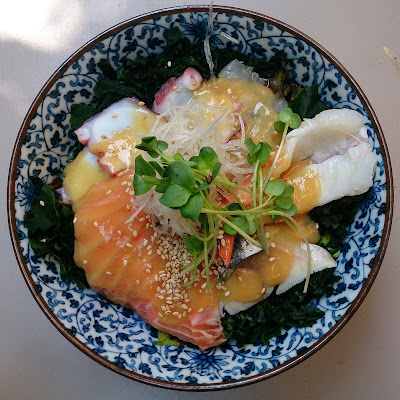 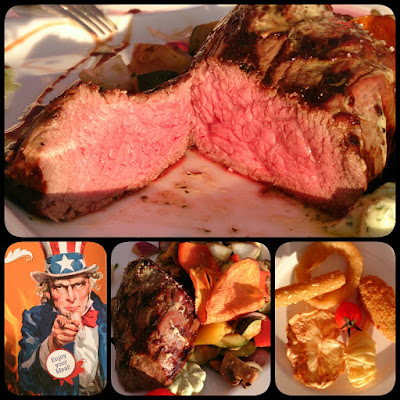 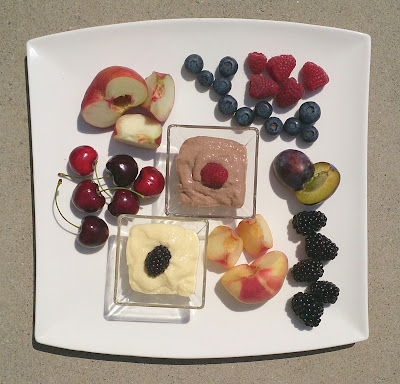 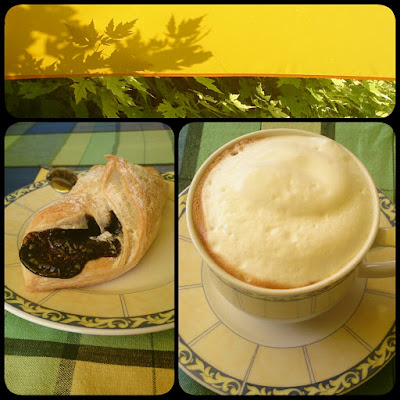 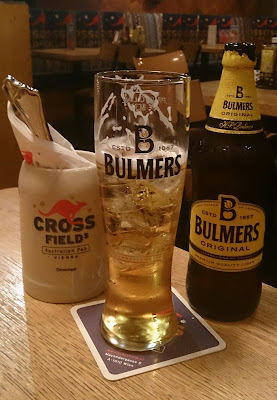 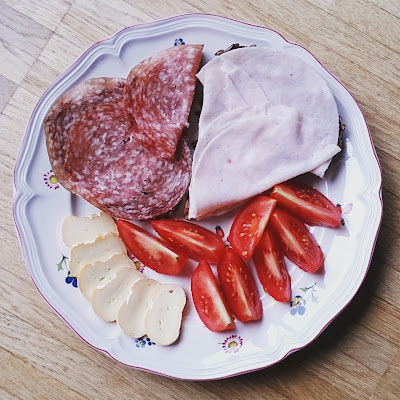 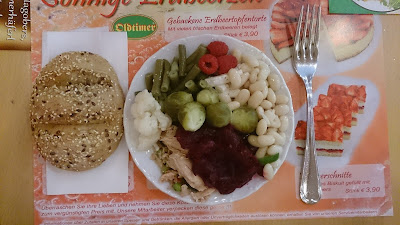 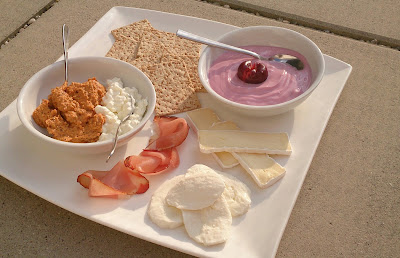 Now, a thought crept into my forebrain, or wherever the conscious deliberations happen, while I was enjoying that last plate pictured above: This is reminding me of that one photo series I saw that one time on that one website. I know, I'm being super specific. You know, the one about what prisoners on death row ordered for their last meal.

Weren't expecting that, were you?

And, bear with me, it really is a lot like that. I'm not dying or about to be executed (I hope... I do have a meeting with my supervisor when I get back...), but I am making a series of very carefully thought out decisions, because pretty much all of the above is not going to be available to me anymore starting next Monday. Either because it doesn't exist in Trinidad, or because you can only get similar things and not the exact same thing, or because I just can't afford the tediously imported product. Buncha reasons. But because of that, in a way, they all are last meals.

And because I'm me, I sat down and thought about what I would order as my last meal on the eve of my execution, should that scenario ever come to pass (though, how, I don't know).

And here's the answer:

It would be a x-course meal of bite sized portions of all my favourite foods, prepared perfectly, to the t, how I like them. I'm saying "x" instead of a specific number because taste and personal preferences change over time and who knows what I'll like best then. But I can imagine that it would include some kind of fresh salad, seafood (maybe ceviche peruano and some sushi), steak, brussels sprouts (no, you're weird), McDonald's fries and vanilla ice cream, Austrian bread and cheese, fruit,... a lot of stuff. Hence the bite sized portions.

And a waffle on a stick.

Because I've never had one and I've always wanted to try one and I'm just thinking it's as good an opportunity as any.

Though the blog post describing my impression of it would never happen, of course.

Posted by isaontheway at 8:02 AM