What's with the sudden silence on here?!

Coming home is a piece of work, let me tell you that. Be it because taking three different flights is just really tiring. Or because you went from the airport straight to campus, like a good little student/prisoner/zombie. Or because when you did come home the toilet was broken and the very first thing you had to do was find a plumber. Or, maybe, because D) all of the above. And more! But I shall tell you all that later. 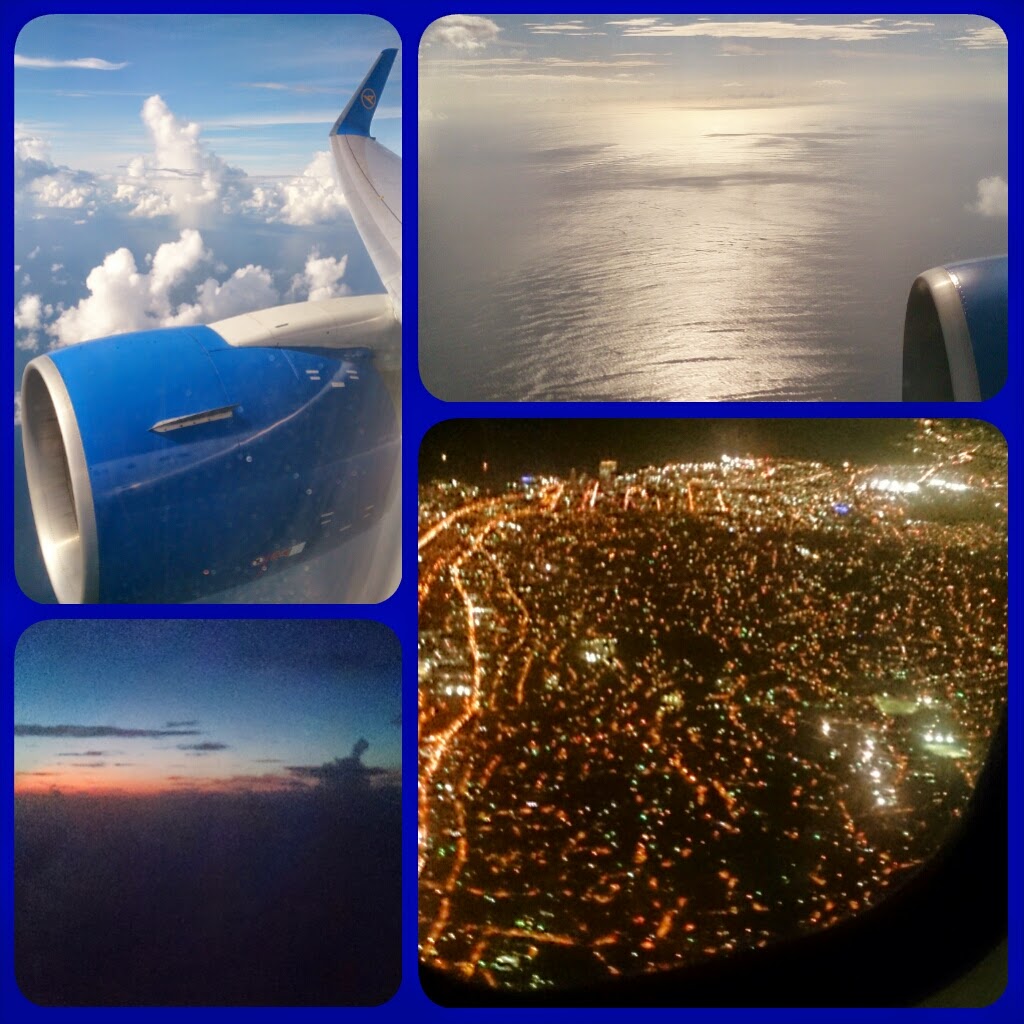 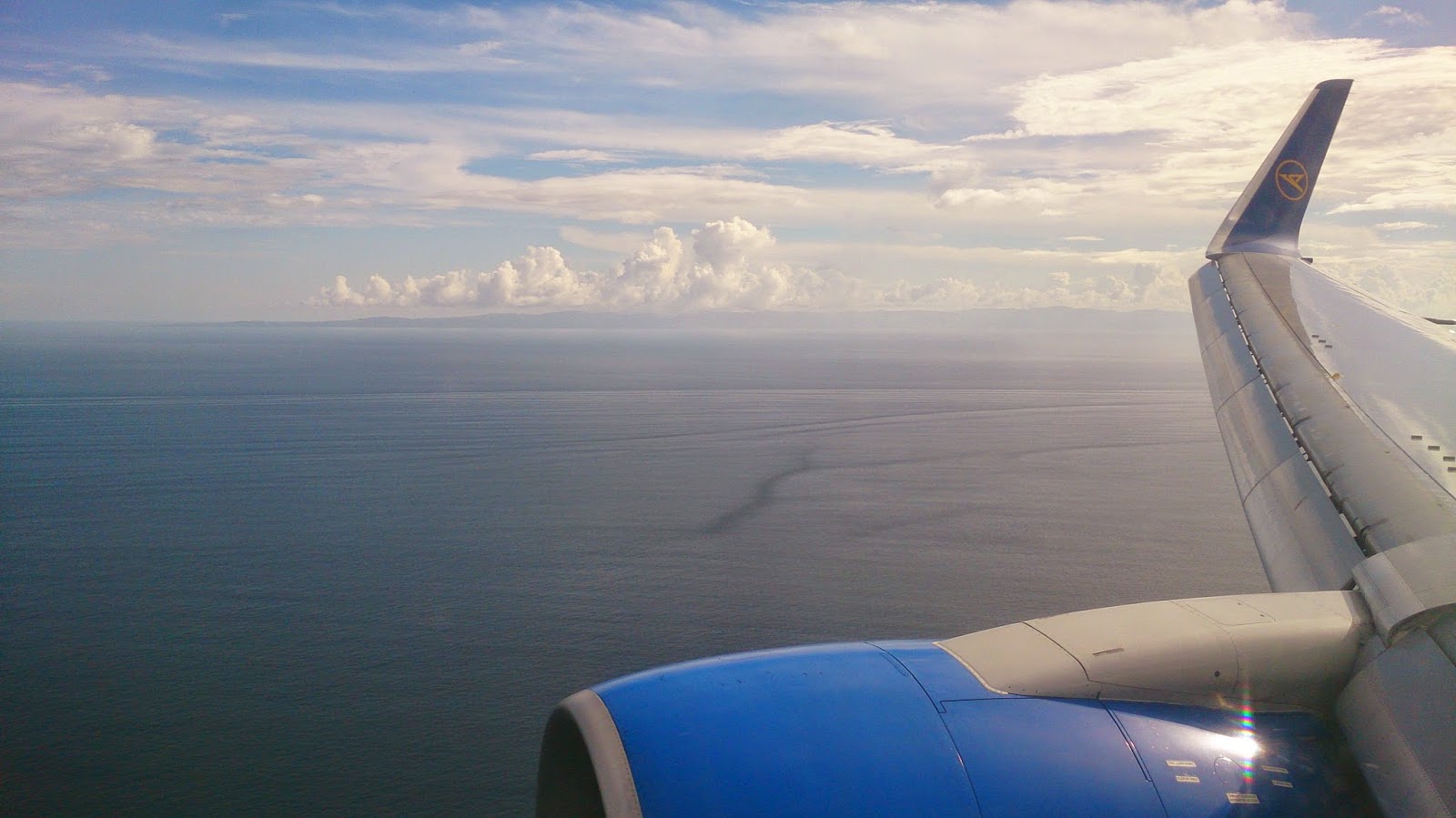 As always, the first glimpse: Toco.

First, some good news: my luggage was not overweight and I didn't have to pay extra for it. Also, it arrived with me and none of it got lost along the way. Kudos to all the airlines involved, and that was a whole bunch. And even more good news: the immigration people in Tobago gave me the full year!!! They took my passport into a side office and made me wait at the back of the arrivals hall, so my guess is that they just straight up called UWI and got the confirmation they needed. They didn't have to do that, though, they could just as well have given me 1-3 months and sent me on the stamp-getting odissey myself. Thank you, lady at that desk, for not doing that. You rock. 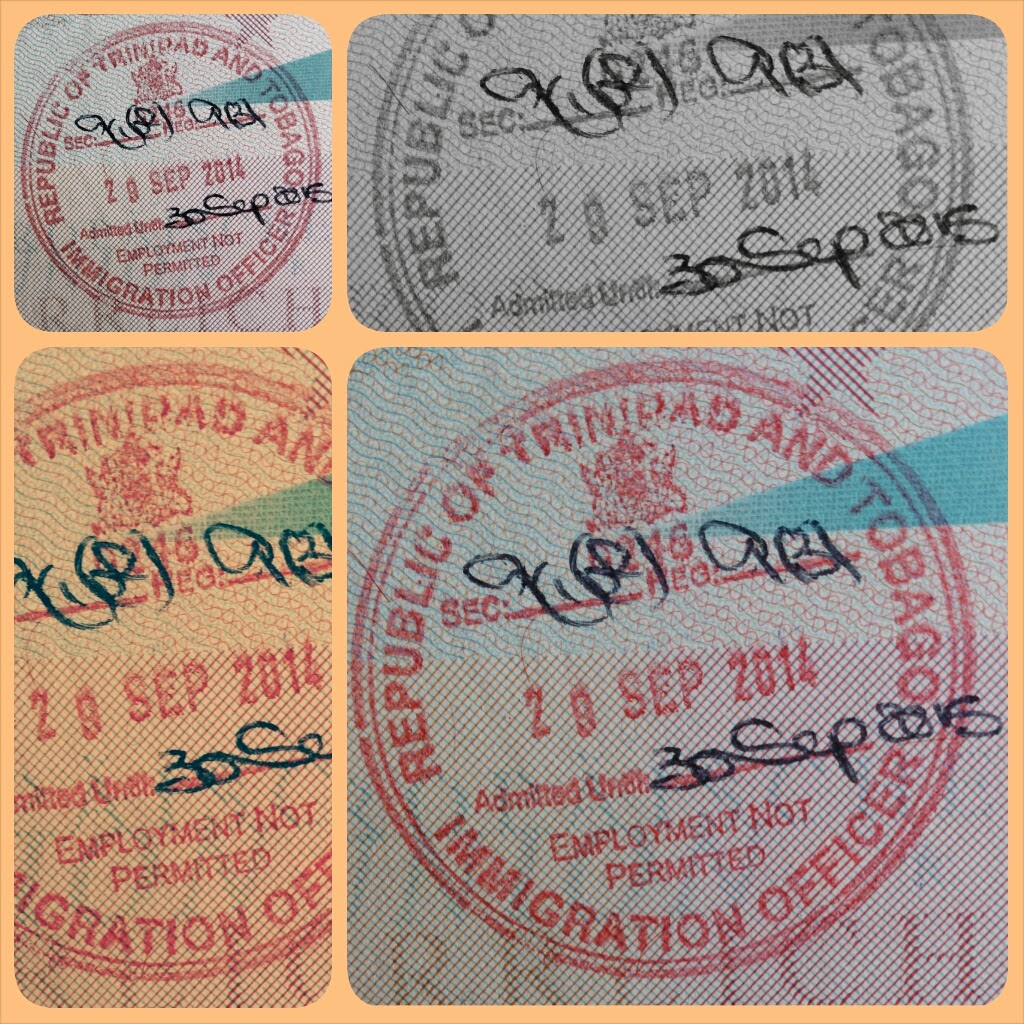 When I reached Trinidad, a whole welcome committee was waiting for me. Not immediately, but they sort of came trickling in one by one. Originally, Dean was going to pick me up, he had my keys, after all. But he had class that evening and was going to "run away early" so I wouldn't have to wait too long. Obviously, that's not something I could stand for so I said no worries, do your thing and I'll meet you at UWI. So Hamish came to pick me up. And Hamish is a colleague and friend of mine who is seen on campus and even online extremely rarely, it's like saying a sparkling bigfoot-unicorn came to pick me up. People will, at random intervals, insist they've seen it. Then others doubt them until they doubt themselves. And somewhere in the woods that unicorn is laughing its ass off. Anyway, Dean apparently either didn't take me seriously or didn't want to risk my getting kidnapped somewhere in the dark and dangerous streets of St Augustine (yeah, I know, ridiculous but cute) so when I called him to ask where on campus to meet him he said he was actually on his way to the airport. But so was Hamish. That's the kind of dilemma you feel great to be in; honestly, that stressed me because I felt bad for them and for being the cause of trouble, but at the same time it also made me feel really good on the inside. We solved that by Dean turning around and going back to his own stuff and me coming by with Hamish to pick up my keys. In case the fifteen times I have already thanked each of you in person don't suffice, here's a public one: thank you SO MUCH for helping me come home, you are both awesome. I mean it.

While I was waiting, a colleague from the - totally voluntary on my side - tourist shenanigans suddenly showed up, to pick up a couple of Germans who had been on the flight just after mine. It was fun to see his surprised expression when I was standing in front of the terminal - even better because he, by sheer coincidence, pulled up right in front of me. And then the boss showed up as well, for yet another group of tourists, if I understood that correctly. But it's great when you get to say hi to people you know as soon as you arrive, it makes the arrival feel more legitimate. Like you're really part of the place. Not just a visitor.

There's another reason I'm telling you this, though. Look: 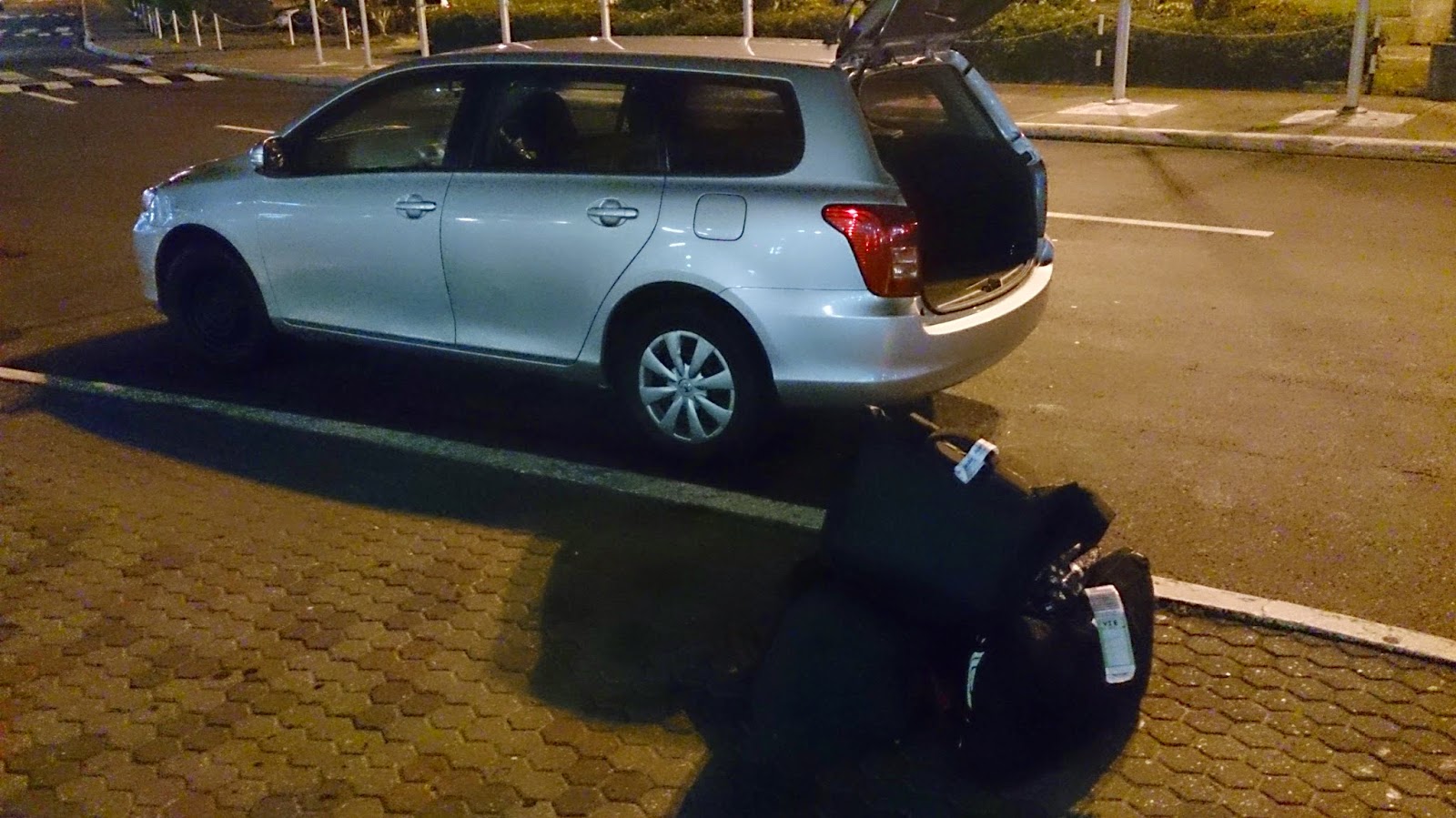 This car was parked with the trunk open right in front of my very heavy luggage. The keys were in the ignition. The owner had gone inside to find the Germans and left his phone with me so I could call Hamish and Dean. How do you know I'm a good person? Despite ridiculously and invitingly ample opportunity, I did not just take the phone and take the car and go! (I'm patting myself on the shoulder right now.)

It was smooth sailing for the rest of the way too. Hamish came and we went to campus, but only to meet Dean where he was having his karate practice and get my keys - not to go into the office! We found Dean, so I got my keys and a hug, which was great. Then we went to the house, which was still standing. I'd been incredibly nervous about that.

It hasn't been a full week yet, but I already feel like Austria was a weird dream and didn't really happen. I guess that's how it goes when you flip the UWI-switch to the ON position.

During this time, I've been unpacking and doing laundry and putting away all the stuff I brought. I searched for, found and called a plumber, who came and fixed the toilet. I've been giving my little presents to people, but it's not making me happy, because if I could have my way then everyone would get way more and different things. I've been going around campus letting people know that I don't know where the rumour originated, but it's definitely not true; I am back and I am here to stay and I am doing a course and they need to find me work in the department and please put my name back on all the lists and directories. I've been looking for the person who started the rumour that I'd left for good so I can (verbally and emotionally) punch them in the fricking face (because I'm not a violent person). I've been working. I've been working. I've been working. I've been missing my Austrian lovelies while walking home from campus in the rain. 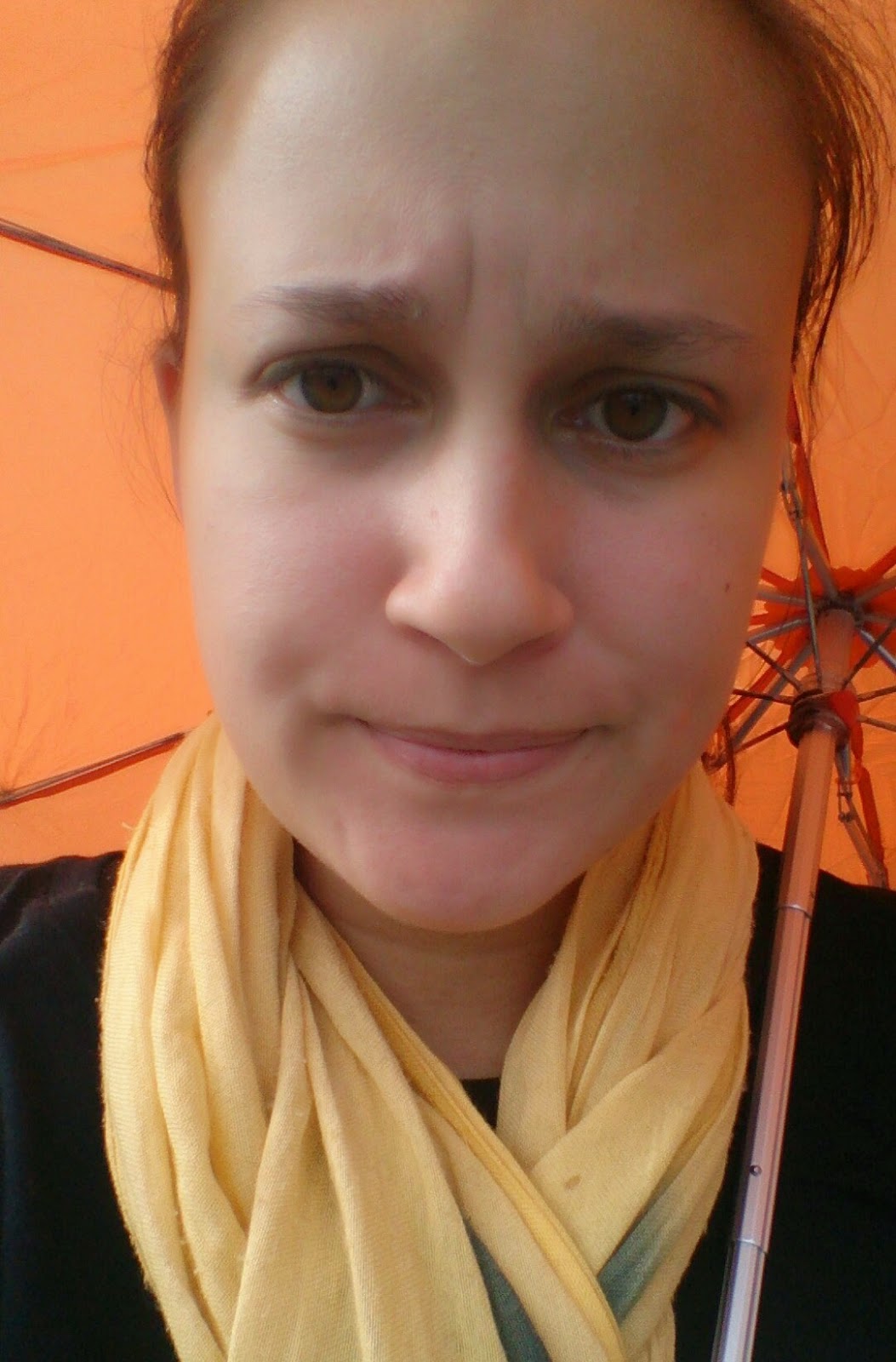 I have a few more things to sort out before I can find my work and study rhythm, but once I do it'll all be good again.

As soon as that rhythm is set and things are flowing naturally again and the rumour-devil has been figuratively given a few cracks in his or her facial bones, I'll tell you my leftover stories from Vienna and surely also some new stories from here. In the meantime, shorts for the DiscoverVienna series and the assurance that all is well.