A cimitero is a cemetery. Specifically, the awesome one I'm talking about is the cimitero acattolico here in Rome. The non-catholic cemetery.

I like visiting cemeteries in general, whenever I'm in a new city or country. It's always interesting to look at how a people keep their graves, because it tells you so many different things. Do they have big tombs and mausoleums or the opposite, stone drawers in a wall? Are there flowers; live or cut or plastic? Are the graves well taken care of, or are they broken and dirty and overgrown? Are names and dates on the graves, or whole epitaphs, or nothing? Again, I just really think you can learn a lot there, aside from preferred architectural and artistic styles. It may not be living and breathing history and culture, but it nevertheless is pretty cool.

The non-catholic cemetery is especially interesting, because it's where all the foreigners who lived in Rome were/are buried - and a crazy amount of them were or still are famous!

There are also some of the most famous gravesite statues, like the gorgeous and much-copied Weeping Angel. 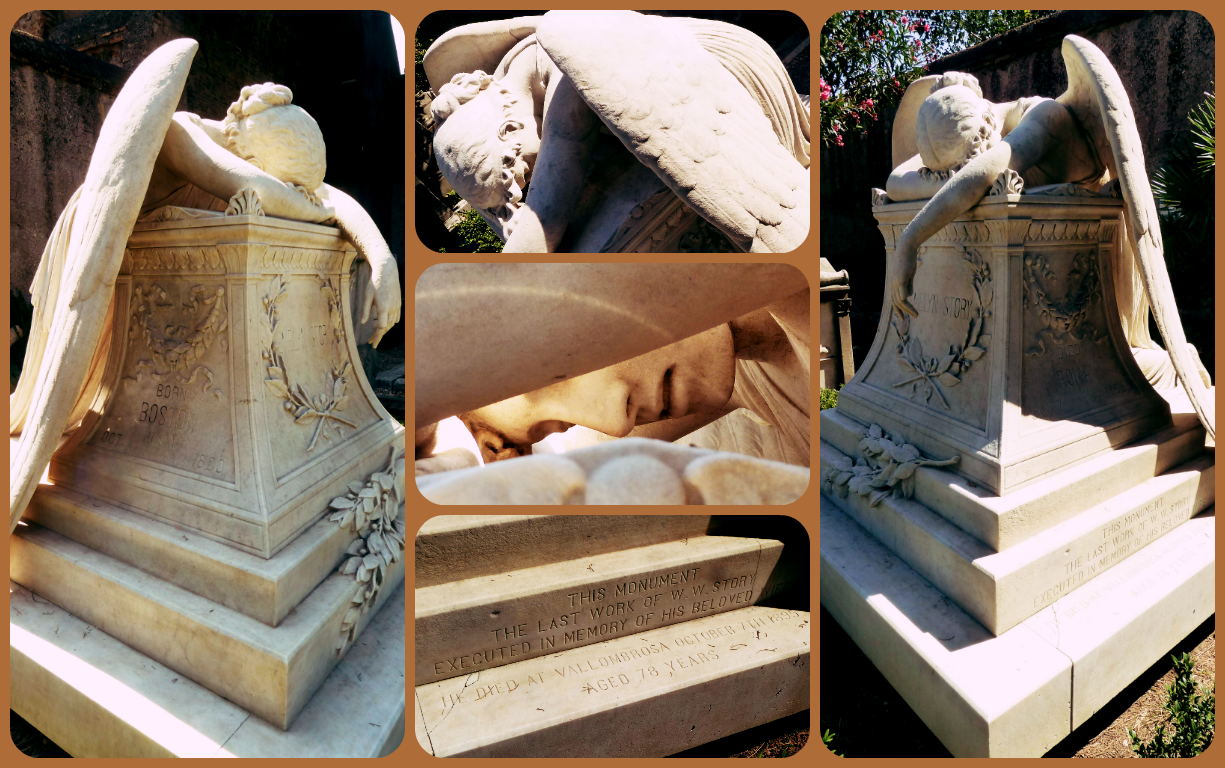 Many, many other graves there are simply beautiful, even though the people buried in them were not famous. Or at least not famous enough for a dummy like me to know them. 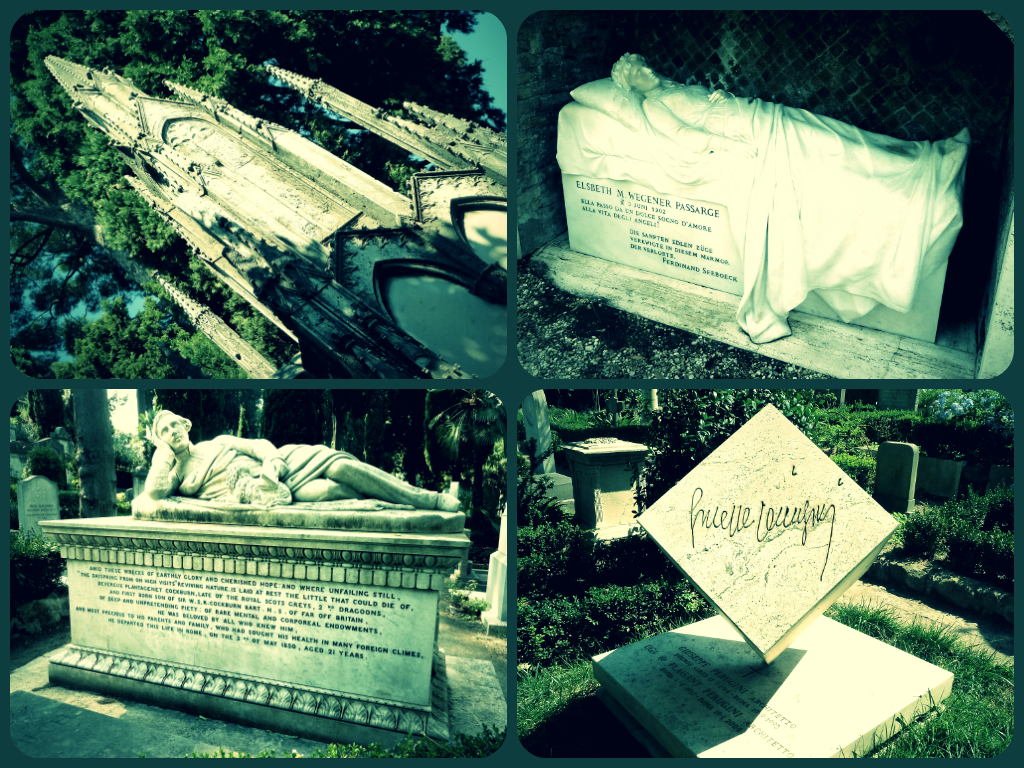 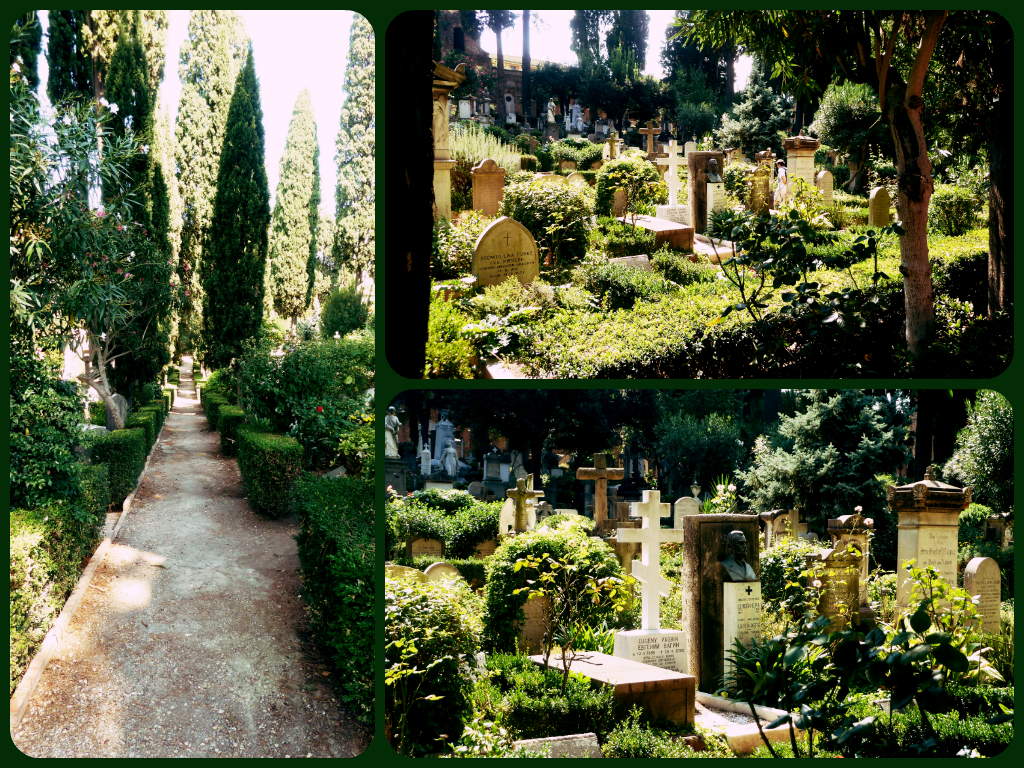 But, actually, it wasn't creepy at all. It was beautiful.

The cimitero acattolico is like a different place inside of Rome, because the noise and smell of the traffic outside doesn't penetrate the graveyard's walls and it's almost like its own microclimate in there. Especially because of all the green: trees and bushes and grass everywhere. And the gravel crunching under your feet as you walk around. As far as that's possible for a cemetery, this one's right out of a fairytale.

And there's even a pyramid! 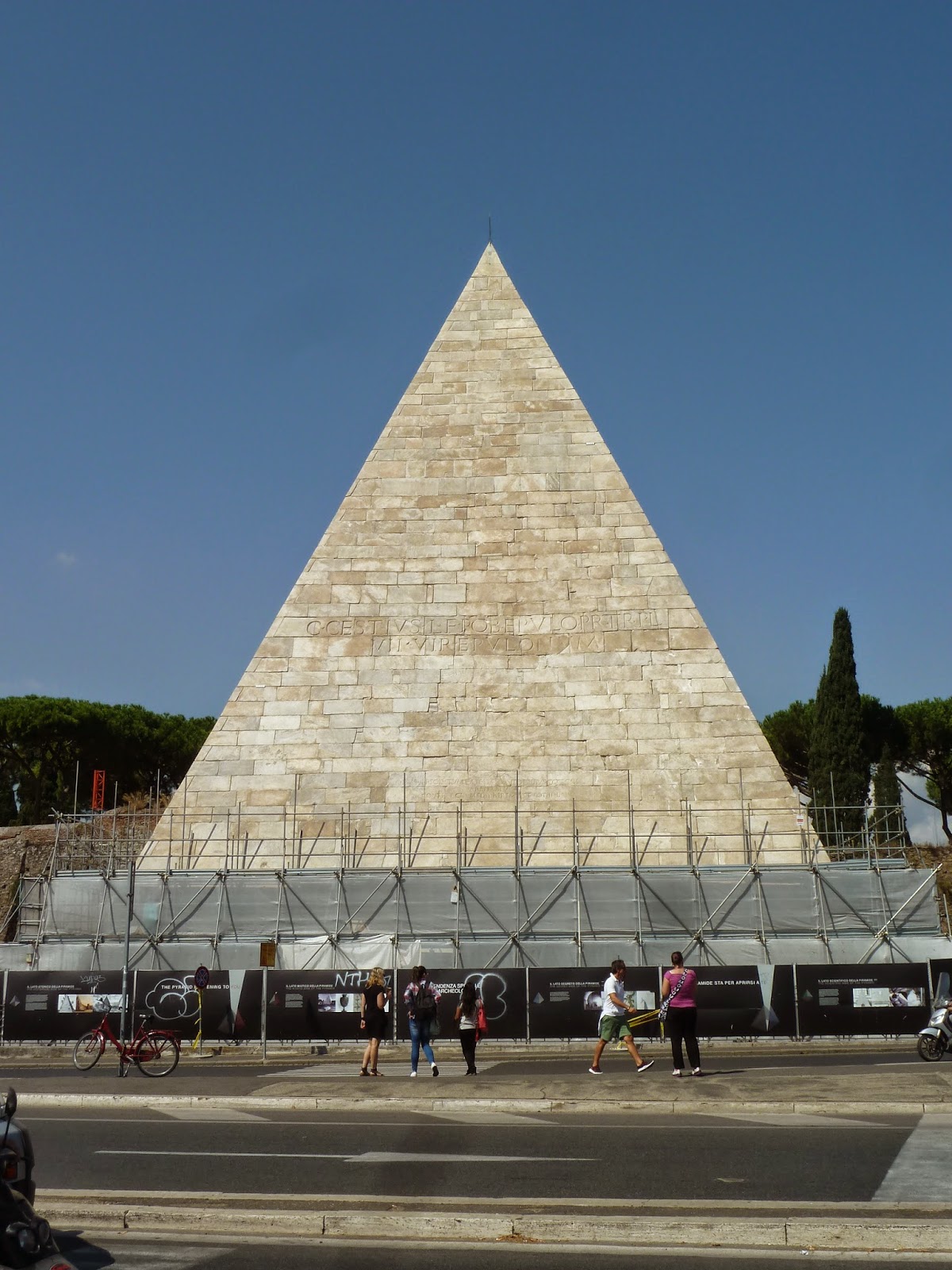 There was one grave there, though, that I should have visited but didn't. I could kick myself for that, but I can't actually kick myself. I'll ask someone to kick me later...

Antonio Gramsci, the master who managed to get me to understand cultural hegemony, was laid to rest in this cemetery.

And I forgot to visit his grave!

In my defense (like such a thing could ever be excused...), by then my feet were hurting so bad I alternated between sitting down - whoever invented the bench, I love you - and tiptoeing instead of walking (hobbling). On the way to the part of the cemetery where he lies, I came past the main gate and upon seeing that, my brain shut down from thirst and pain. I forgot everything and left. On the way home I bought six drinks (3x juice, 3x fizzie stuff) and then sat down at a tram stop with the intention of - for the first time while in Rome - not walking but taking public transport. I drank a litre of red orange juice with water, but the tram never came, so I had to walk back after all.

I took the short way, though, not like earlier.

But, gosh, I guess the truth is I deserved to have to walk, because of my worst of actions. Antonio, I'm sorry.

Posted by isaontheway at 1:13 PM