I went into town with the intention of just walking and exploring on foot for a few hours, but as I came down to the bank of the river Main, I saw a place that sold boat tours and I figured, I'm already playing the tourist for the day, might as well do this. So I whipped out my student ID from the University of the West Indies, got a reduced rate Double Tour Ticket and, twenty minutes later, boarded the Maria Sibylla Merian.

I quite liked the boat, because it wasn't a sit-in-rows-and-listen-in-silence kind of deal, it was a river café with information coming in German and English over a system of loudspeakers spread all over board. No school-ey feel to it at all, so that was nice. 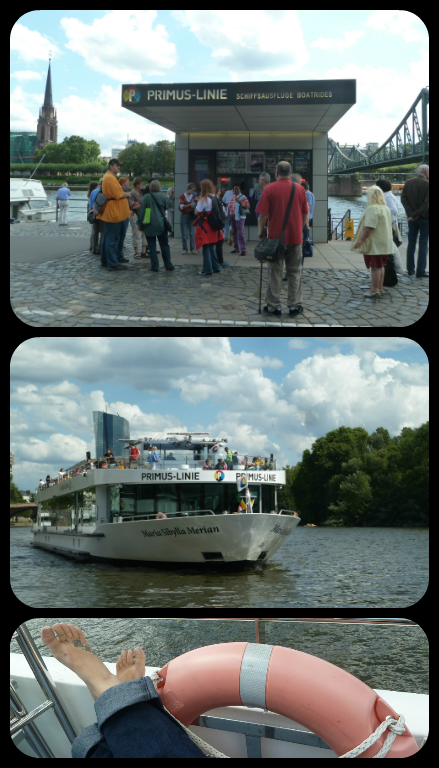 They have a website, so check them out if you go to Frankfurt. 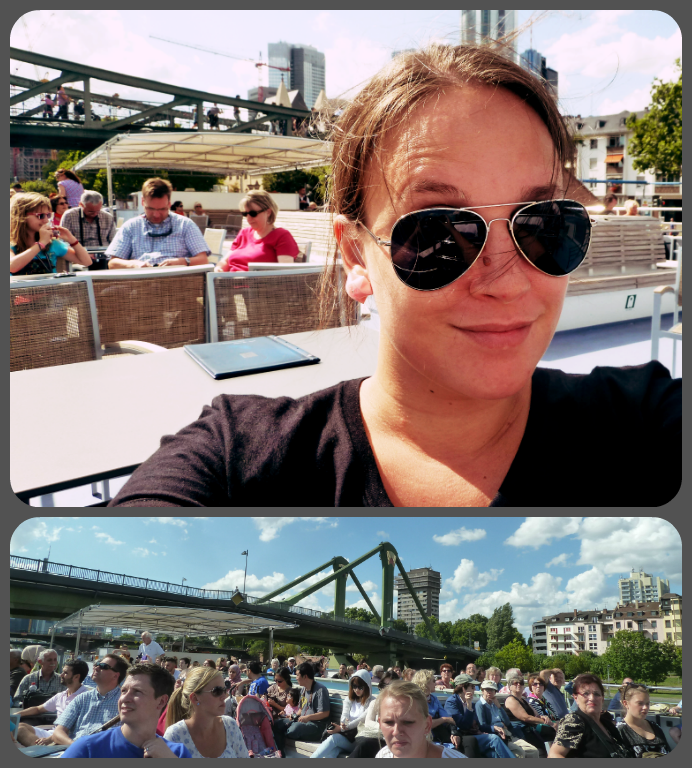 Look at meeeee, I'm a tooouuuuurist!!!

They give a lot of interesting information, there are some stories and factoids strewn in, it's generally a fun tour if you're somewhat interested in finding out the basics about a place and the weather is nice and you don't have anything else to do. I hadn't done anything like this since the time my dad and I did river-sightseeing in Hamburg a few years ago, so I had a good time.

This is also where I got the term Mainhattan. That's a nickname for the city of Frankfurt/Main (Frankfurt am Main, Frankfurt by the river main). Supposedly, because there are so many skyscrapers in Frankfurt and more are built every year and the skyline around the central business district looks so modern and whatnot, it gets compared to Manhattan a lot (not sure by whom, but they said so) and because the river is called Main, well, you get it.

A few pictures, although I took a lot more and there were even more things I didn't take pictures of. If you find this boring, don't let it fool you. The real thing is 100% more interesting than my writing about it. (Who woulda thunk?!) 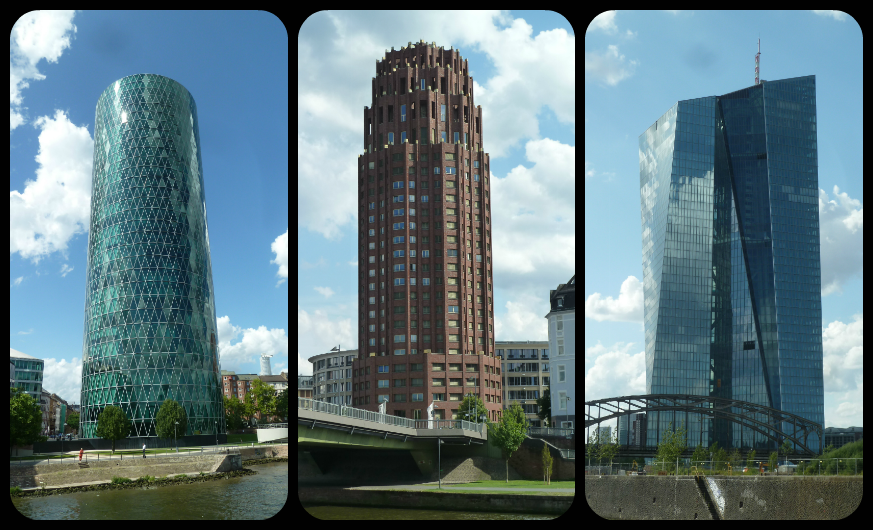 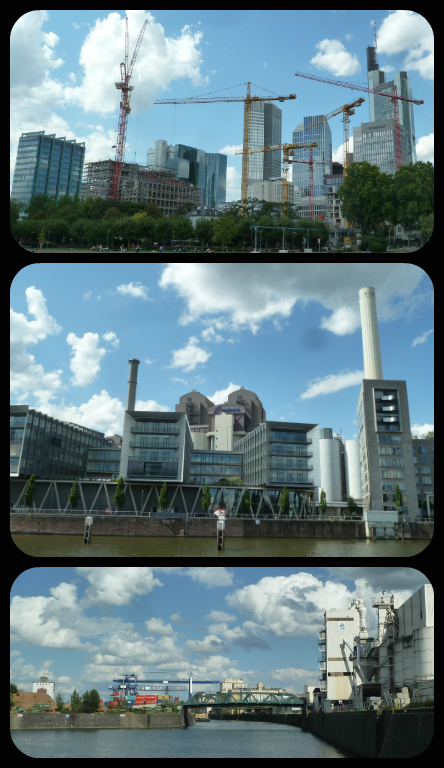 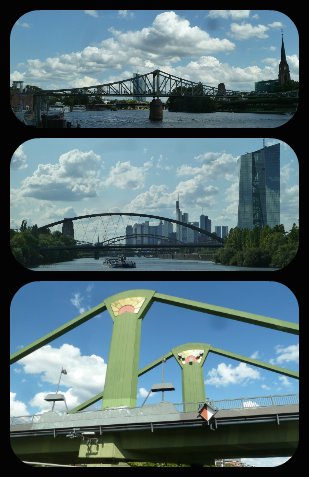 Main skyline and the its many bridges.

Hey, umm, all those times you wrote "Main" in the photo captions underneath the picture, did you mean that the things shown are, like, the principal ones to be found in Frankfurt, or were you just, like, referring to the name of the river?

Both at the same time!

Posted by isaontheway at 4:16 AM