Everybody do the limbo!!!


I'm back in beautiful Burgenland and so I want to tell you some more about it. I've told you a few things least year, like about how THIS IS HELL, and I've shown you my lake (yes, really, it's mine, I own it), but I want to give you some more fun facts that not many people know. You know, so you'll learn something and grow up to be a smartass - and tons of fun at cocktail parties and work functions!

Of all of the nine Bundesländer, or states, that make up Austria, Burgenland is the lowest in terms of metres above sea level. We're the national limbo champions - by default. And, who knew, yours truly is from the deepest of the deep, the lowest of the low, the literal rock bottom (minus the rocks).

Illmitz is situated in the cradle of the central European Pannonia flats, named thus by the Romans back when they lived here; the region, which also stretches far into Hungary, is known as the Puszta. My dear little village lies at an astonishing, breathtaking, absolutely dizzying 117 metres above sea level. You read that correctly: one hundred and seventeen metres.

Not that low, you say? Because you live by or have been to a seaside place that lies at, what, 1-2 metres above sea level? Well, friend, but we are in a landlocked country, in the heart of Europe, far from the (real) sea and surrounded by mountain chains more or less all around. Impressed yet?

Good, cos we can push down further. While Illmitz is the lowest lying municipality of the country there's one more spot below even this. Our neighbor village of Apetlon, aka France, is home to the single lowest point measured in all of Austria: at 114 metres above sea level. If the apocalyptic flood comes, you know who drowns first...

All jokes aside, back when the lake was bigger and used to overflow, flooding the whole region, the houses in the area all used to be built on stilts, so they wouldn't regularly be destroyed by the wet forces of nature. 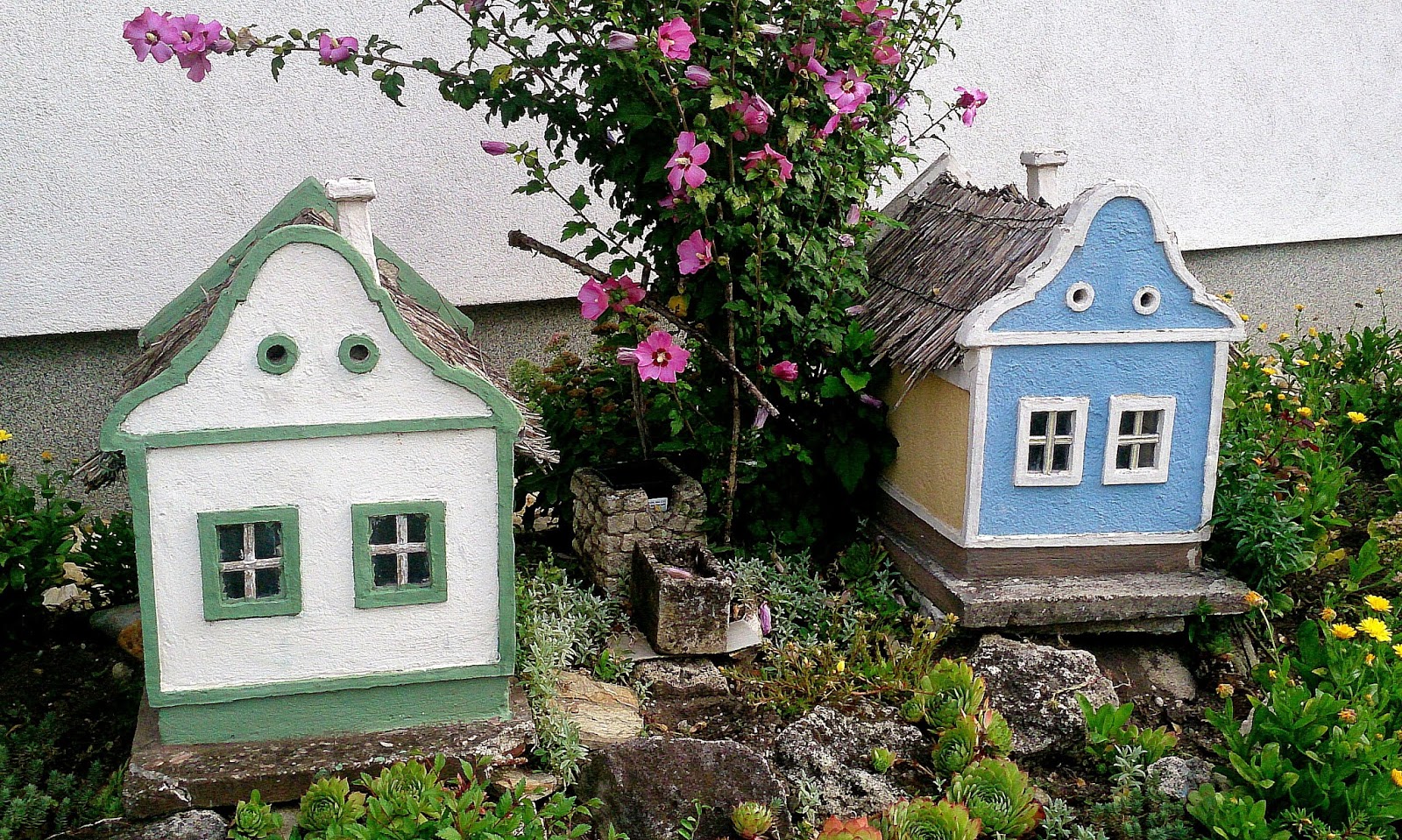 Miniature traditional houses with thatched roofs in Apetlon. No stilts, though.

That's part of why everything here is so special. Small salt lakes form and dry up with the climate's schedule, redecorating the local landscape and enamoring all kinds of migratory birds, who come to nest here every year: the official ornithologist's heaven. Seriously, they come regularly and spend months around the big lake and the small ones. They in this case meaning both the birds and the watchers. The soil is brilliant and makes for all kinds of different unique flavours that characterize our wine as among the best and most delicious ever. The absence of hills and mountains means that clouds don't tend to stay and we have the prettiest climate in all the land, with an average of 280 days of sunshine per year. That's a lot, in case you weren't sure. And, again, let's not forget the limbo thing.

And the best thing about how low and flat our region is, in my own most humble of opinions:

Riding your bike has never been this easy!

Posted by isaontheway at 2:25 AM