One of the most famous things that bring tourists to St Vincent is the bay at Wallilabou, because a Pirates of the Caribbean movie was shot there. That, of course, means that I had kind of heard something of the sort, but had no idea it was really true until Carl decided "Let's go and I'll show you the set!" 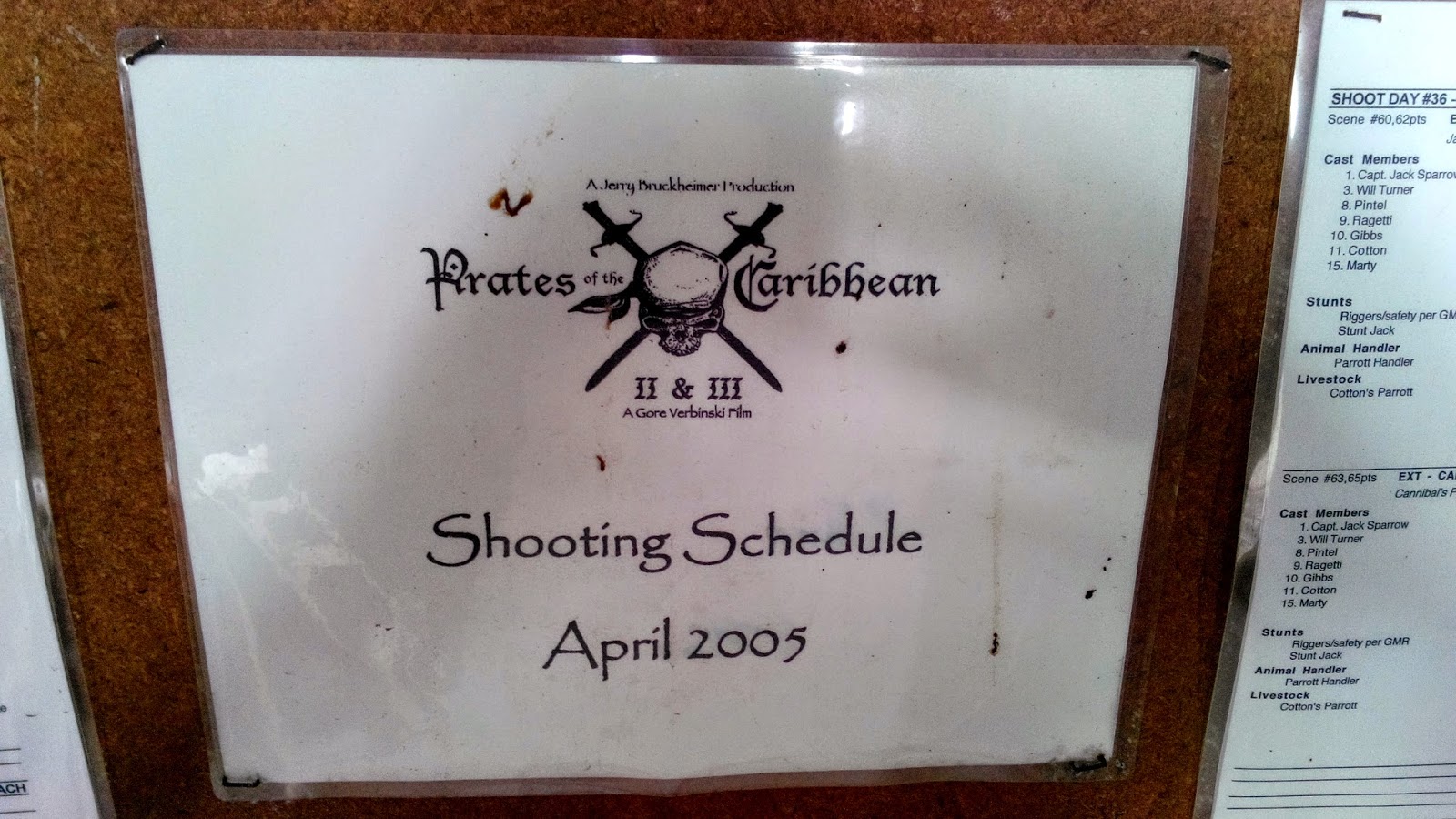 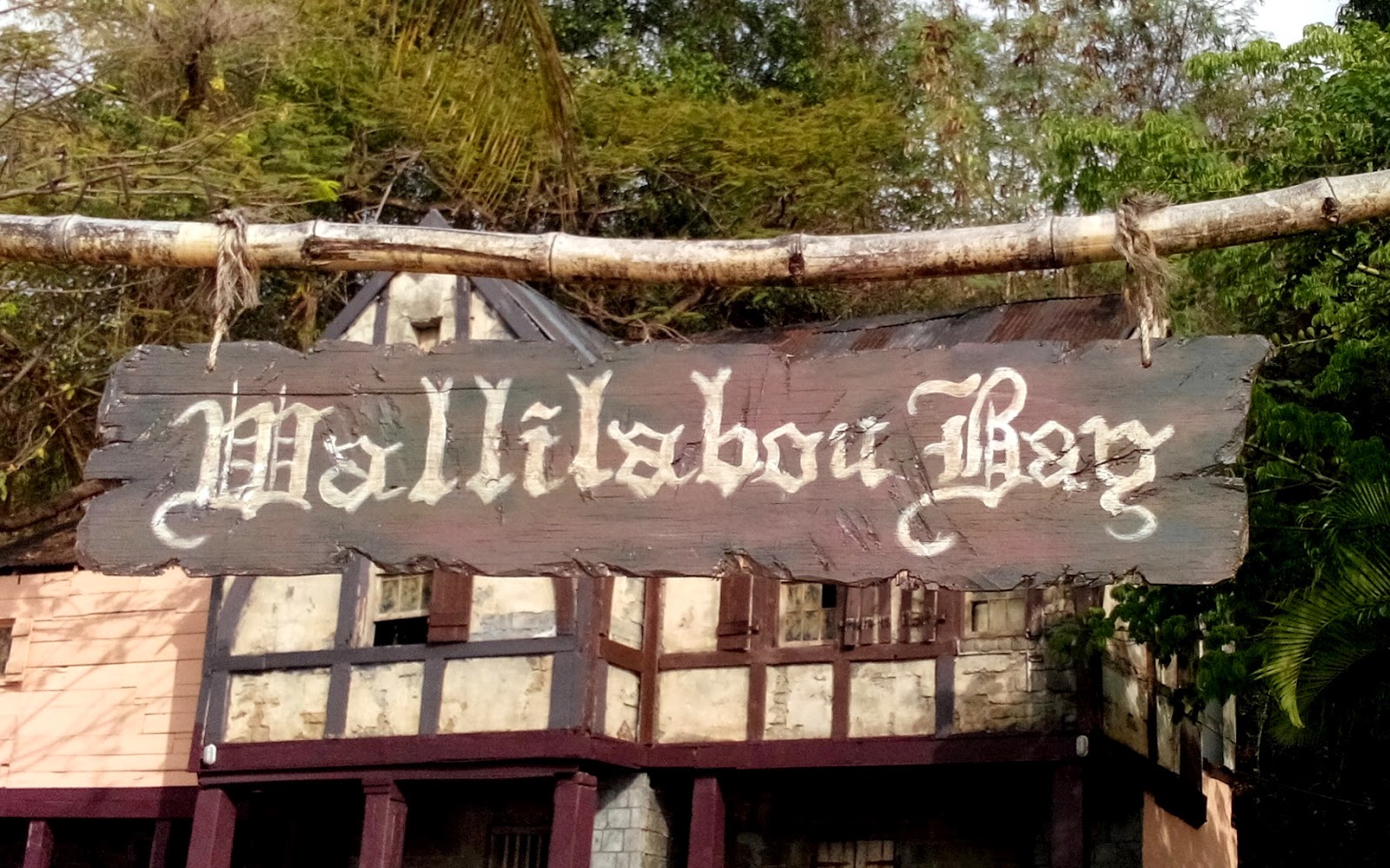 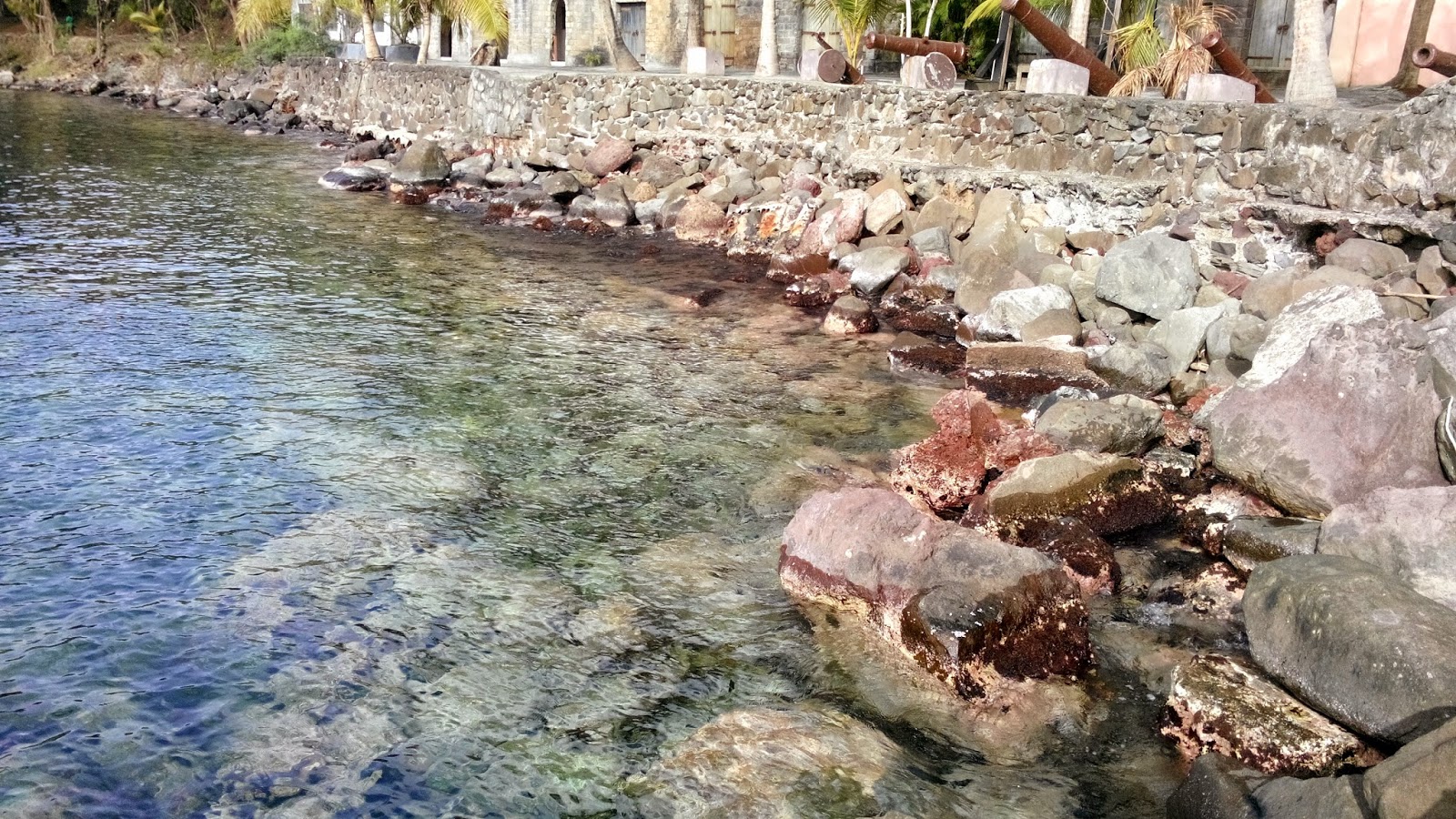 To visit the place, you drive out of Kingstown on the leeward side of the island and just keep heading north (for quite a while) until you reach the place. There are signs.

The pirates who live there now are terribly frightful and immediately hanged both of us. 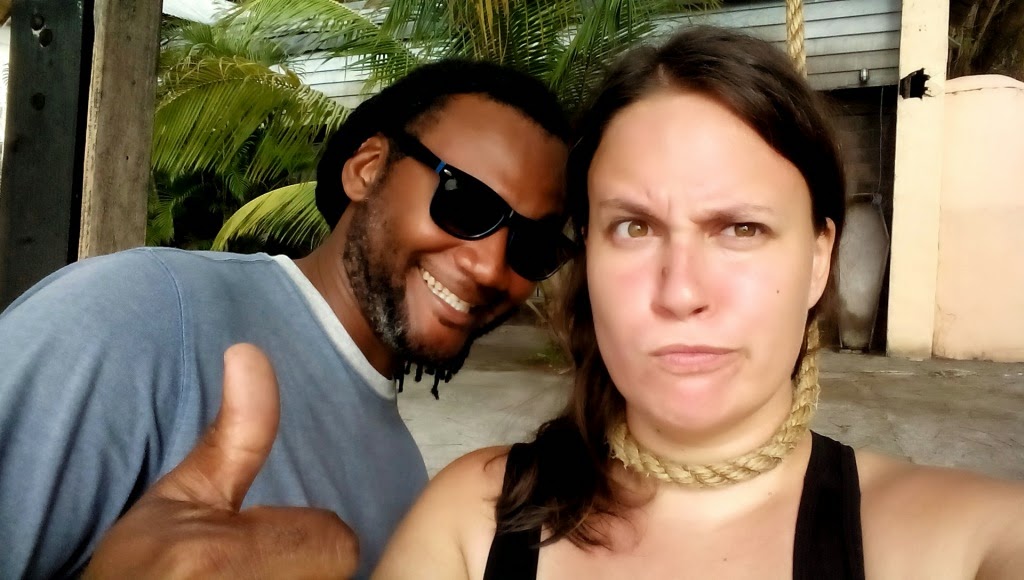 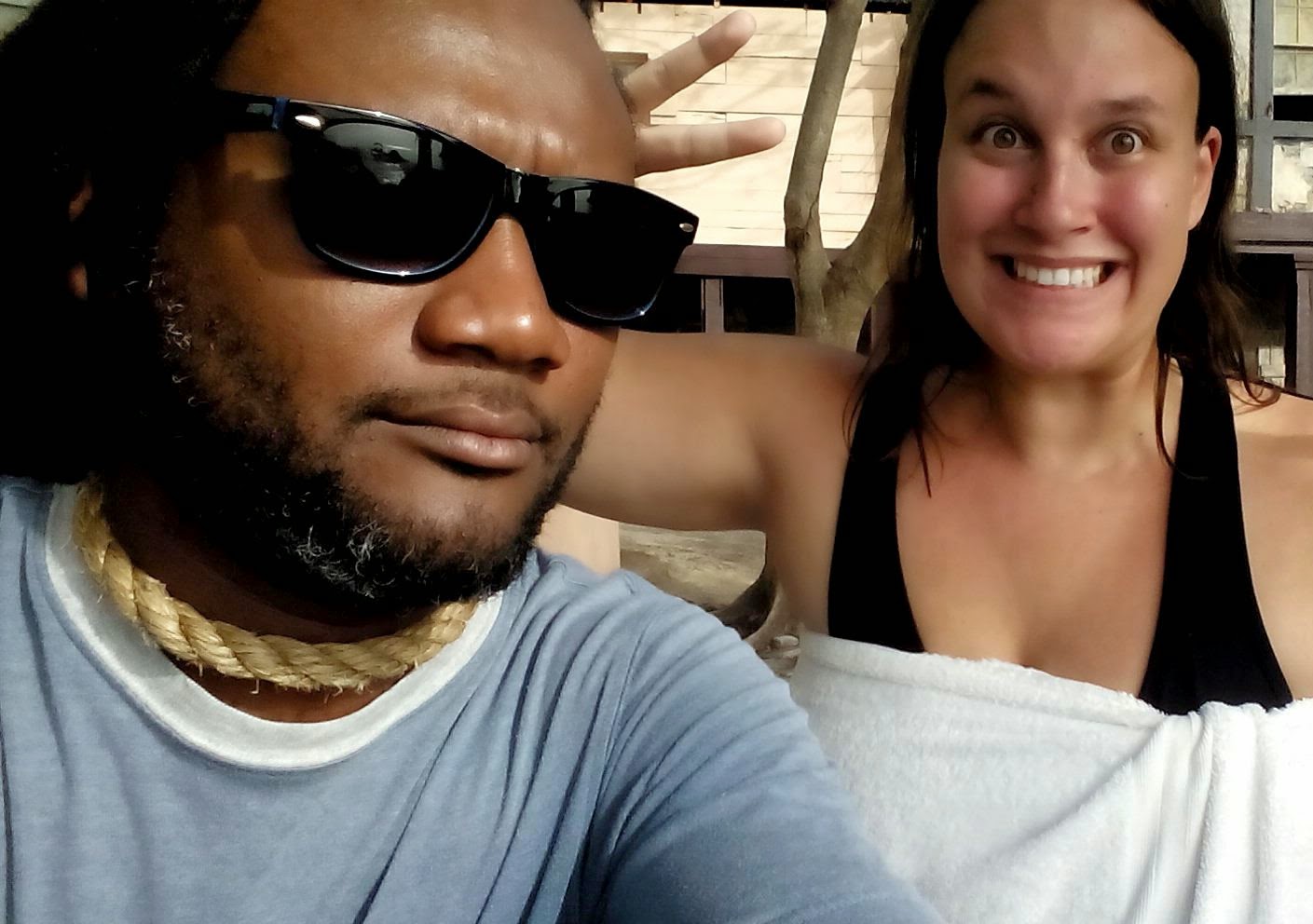 Luckily, I came back out of the coffin as a zombie and we were able to visit the site. 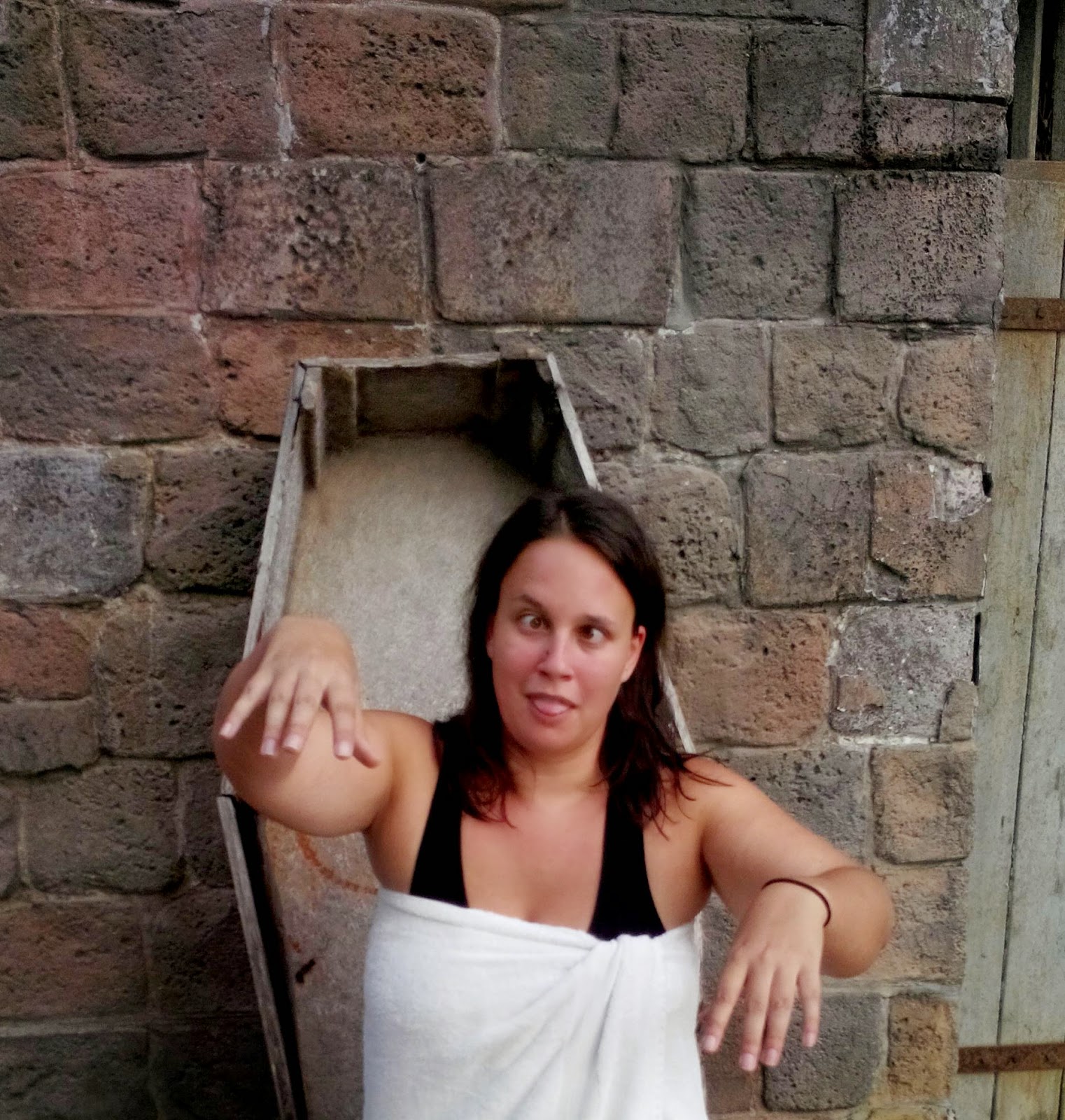 Back to the truth:

Honestly, the film set is not very interesting unless you're in a good mood and willing to construct the interesting stuff yourself, in your mind (in a non-crazy way). If you've seen the first PotC movie, you'll recognize the bay as the place where CAPTAIN Jack Sparrow quite literally hit the docks in the very beginning, stepping off the mast of the little ship that sank its way into the bay. There's the natural rock formation on the northern edge of the bay where the three dead pirates were dangling in the movie and there are a few (read: two) pretty rundown buildings, but that's pretty much it. Inside one of the houses you can see prints of the shooting schedule, parts of the storyboard and pictures from the set. They also have a few items hanging or lying around that a die-hard fan of PotC would probably call memorabilia. The other building houses a little restaurant and there are pirate dolls and flags everywhere. That's pretty much it.

There are very few people there, which is why nobody cared that instead of my jeans and top I was pretty much just wearing a towel (because we'd been swimming before and changing back from my swimsuit into my clothes was just too much work, ugh).

If we review the set by quoting the movie, here's the conversation:

"You are, without doubt, the worst [film set] I've ever heard of."
"But you have heard of me."

On the plus side, you don't pay for visiting the place and the afternoon sea looks gorgeous, because the bay faces west and therefore everything turns silver when sunset approaches. 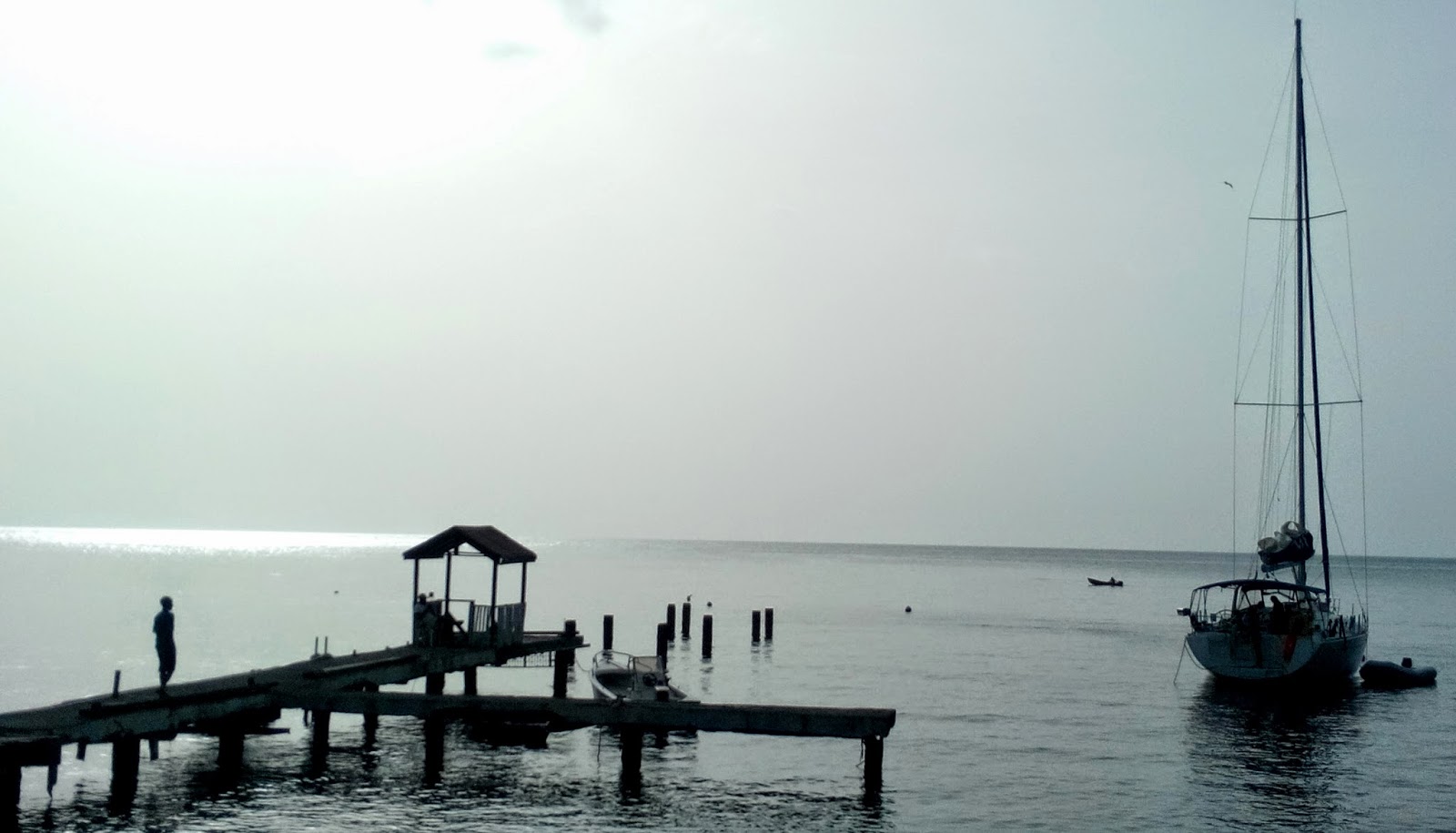 The way we made the visit fun despite the set not being exactly amazing or thrilling or anything like that, was by hanging ourselves the moment we got there. For photos! Not for real. Then we just focused on how pretty the bay is, because it really is extremely pretty. How many times have I repeated that now? We had a quick look at all the pictures and trinkets, peeked into the restaurant/bar and then all attention was turned back towards the silver sea, the glistening surface and tranquility of the water, the sea urchins on the rocks just under the surface, etc... until we left.

To make the visit truly worthwhile, make sure you walk barefoot a bit and touch as many things as possible. That way, by sheer statistical probability, you increase your likelihood of touching something that Johnny Depp touched when he was there. So, basically, you'll have touched him.

I did that and, therefore, I no longer am isaontheway.

I am now, by proxy, CAPTAIN isaontheway!

Posted by isaontheway at 1:55 PM