Above is an essentialistically shortened down recount of the conversation between Carl and myself as we made our way towards the top of La Soufrière in St Vincent. I'll assume that you weren't sure, so let me tell you that the wavering, doubting voice was mine. Carl's was the motivating one, the one that eventually got me up to the top. (Thanks for that, Carl, but I've said that before.)

This post is going to be about the hike itself. As in, what's the terrain like? How long does it take? How do you even get there? Usually, my answers to all these questions would be along the lines of "ummm, I don't know, I kind of just went and then I was there and then I wasn't anymore" but in this case not only was I told and informed, I also remember most of that information and can now share it with you.

Here's one of the official websites giving more details (and more accuracy), so you have a place to confirm what I'm telling you here. This link now takes you to what other visitors (mostly better at hiking than I am) had to say about the trip up the mountain. Last but sooo not least, here's a link to UWI Seismic's information on the volcano itself and everything you might want to know about its majesticity. Majesticness? Majestiqué? Grandeur.

Pictures, now, because I just wiggled my way of having to bore you with more words. They're chronological (Can you call it that when it's just a few hours?), taking you from the beginning of the trail to the edge of the crater. Scroll down or click your way through them. I'm not trying to brag, because it's not the pictures but what's in them, but they. are. freaking. awesome! 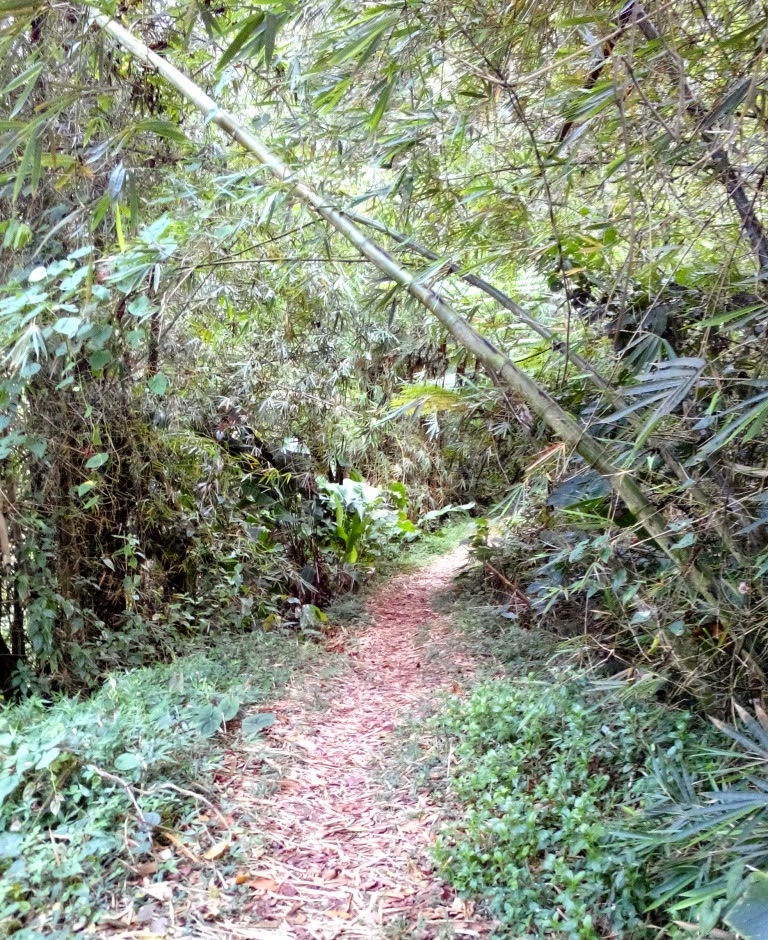 It starts out easy enough with this path that will trick you into constantly thinking you're almost done when you're on your way back down. Those leaves are like a mirage of an oasis in the desert! 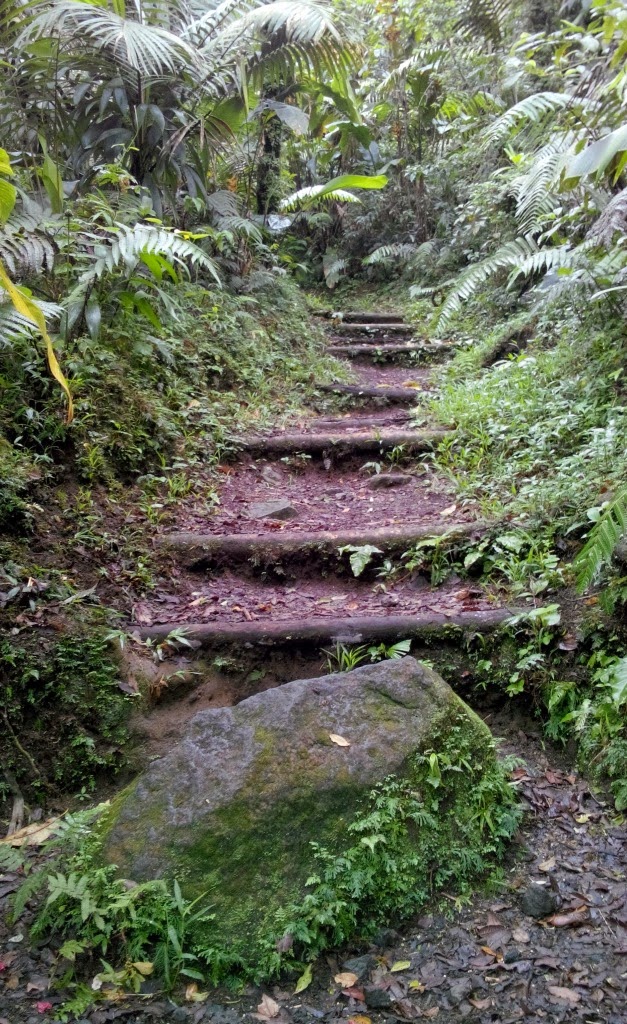 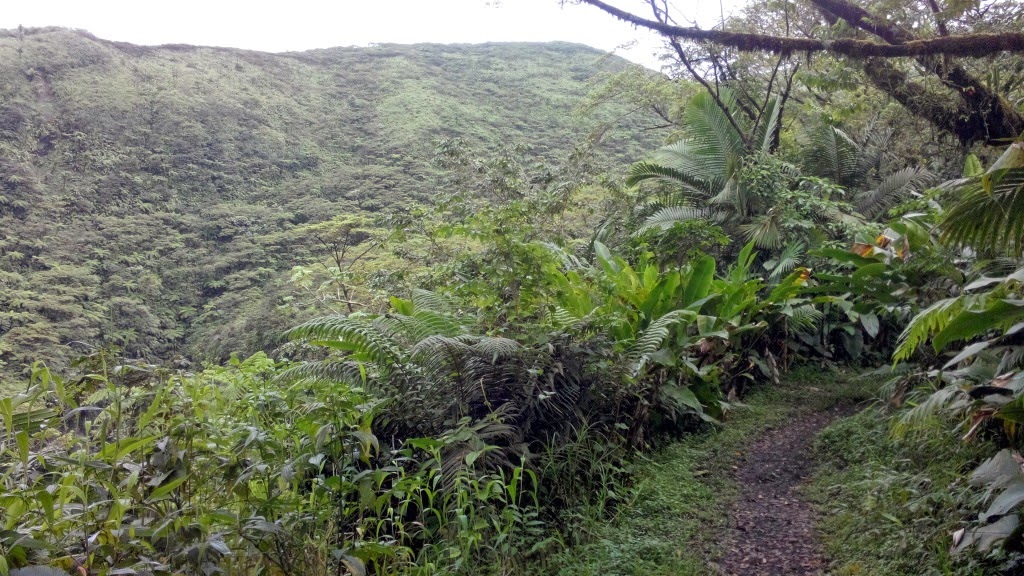 This picture is proof that I don't lie when I say it gets easier (a little less excrutiatingly steep) after the steps. 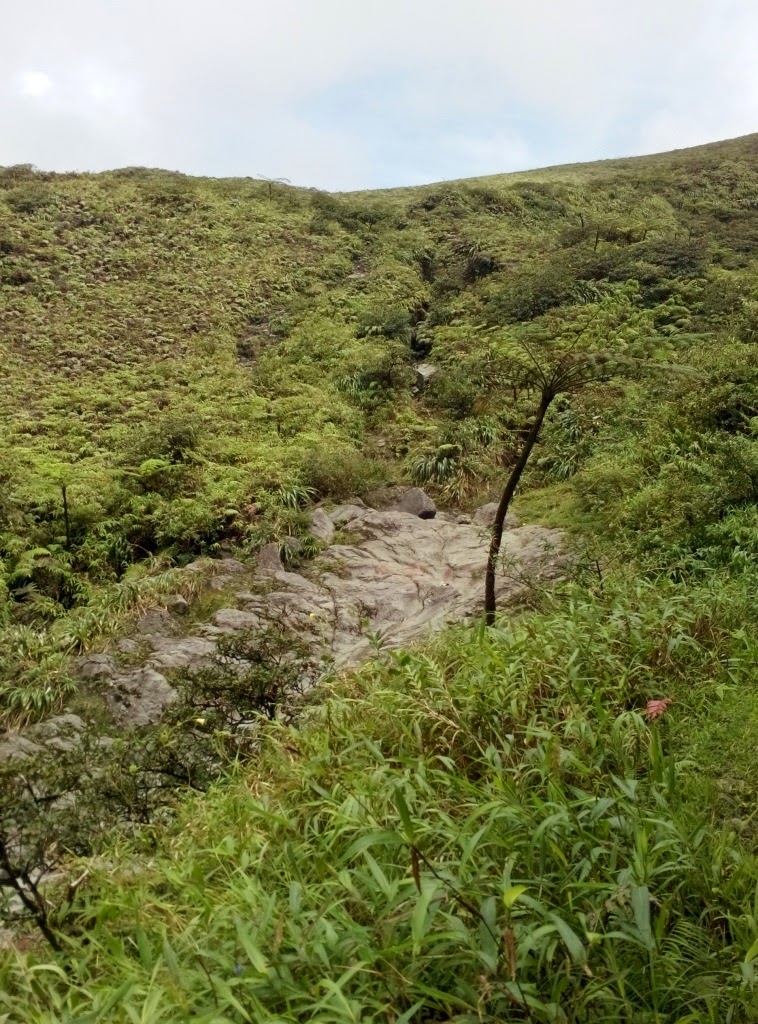 Jacob's well. Don't ask me why it's called that, I never met that Jacob. 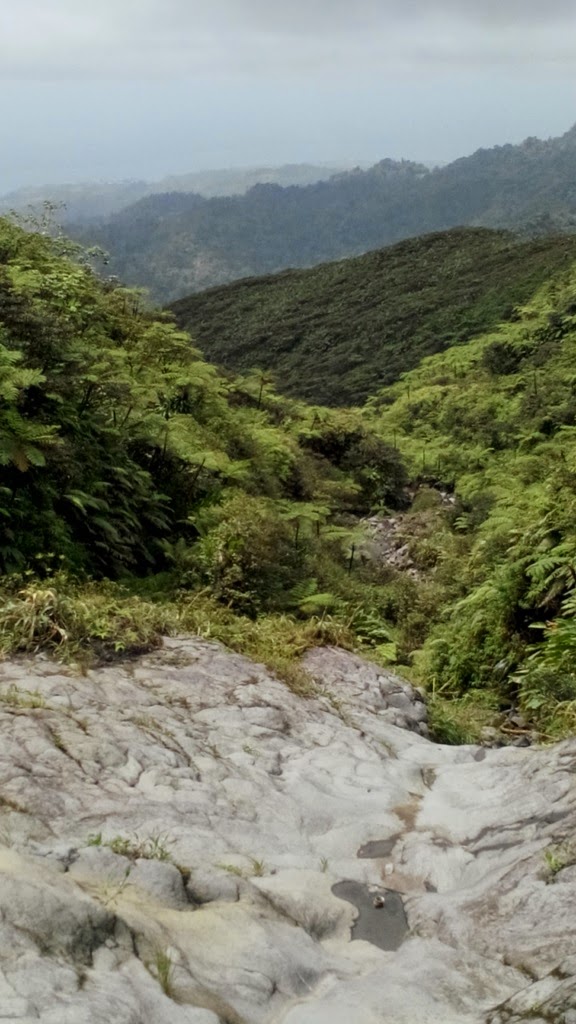 This will not be your first OMG-I-have-actually-walked-this-far moment, but one of the prettiest. 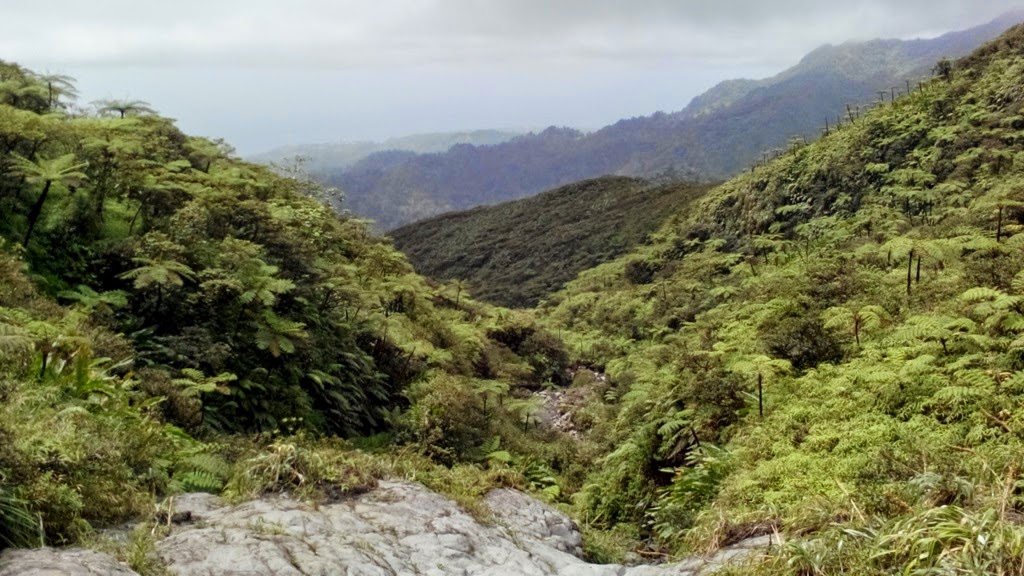 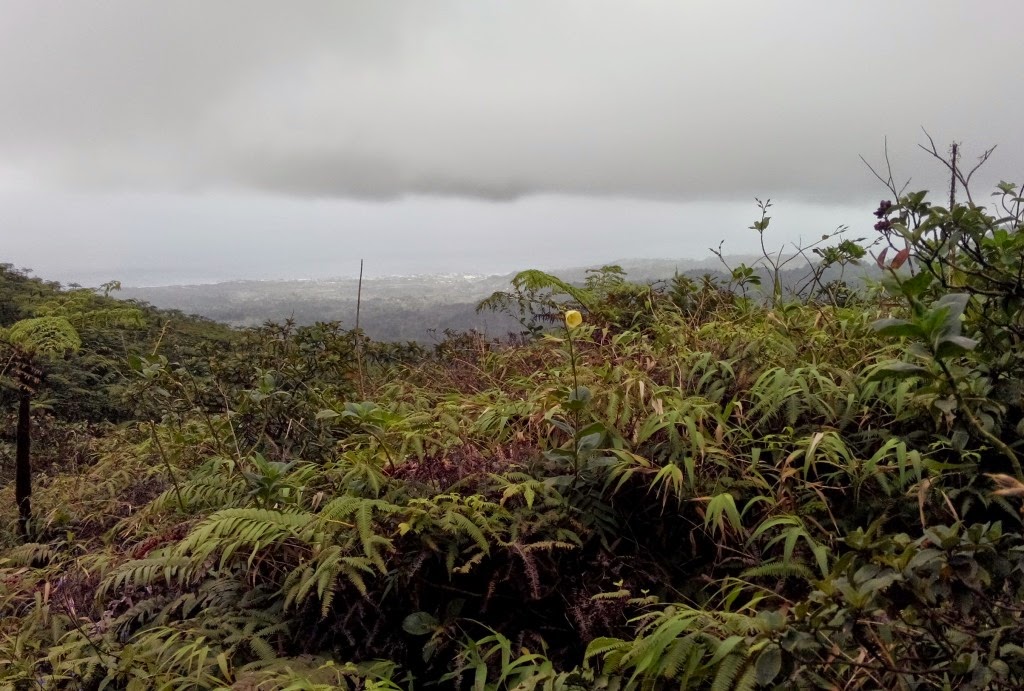 That's Georgetown down there. That's about ten car minutes from where you started out. 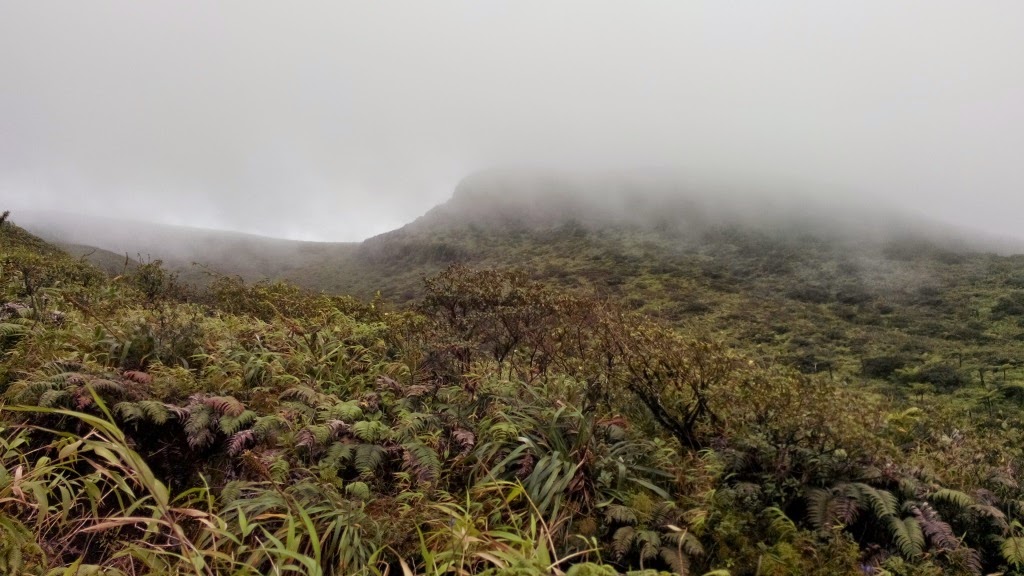 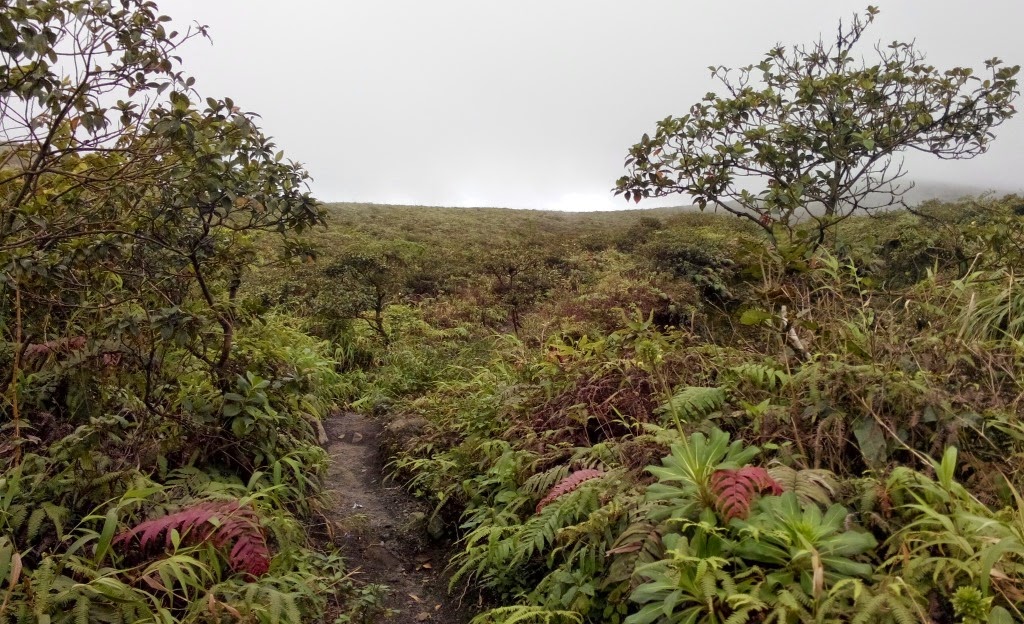 These are the last tree-sized trees. 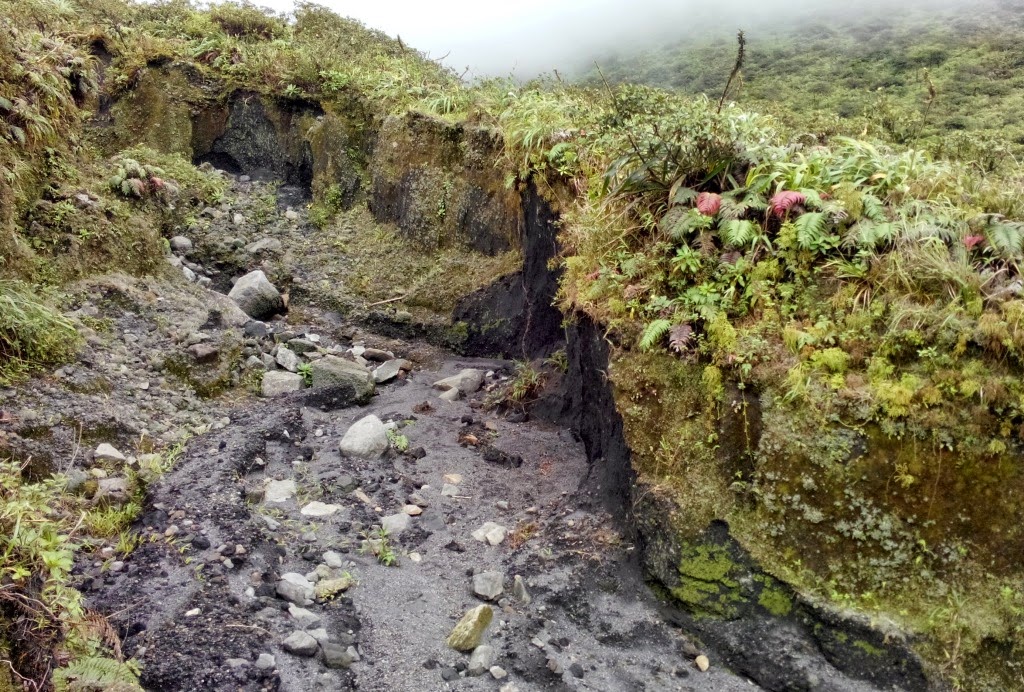 This is what happens when deep beneath the ground, the earth moves. Actually, not that deep.

Crater. Doesn't fit in one picture. 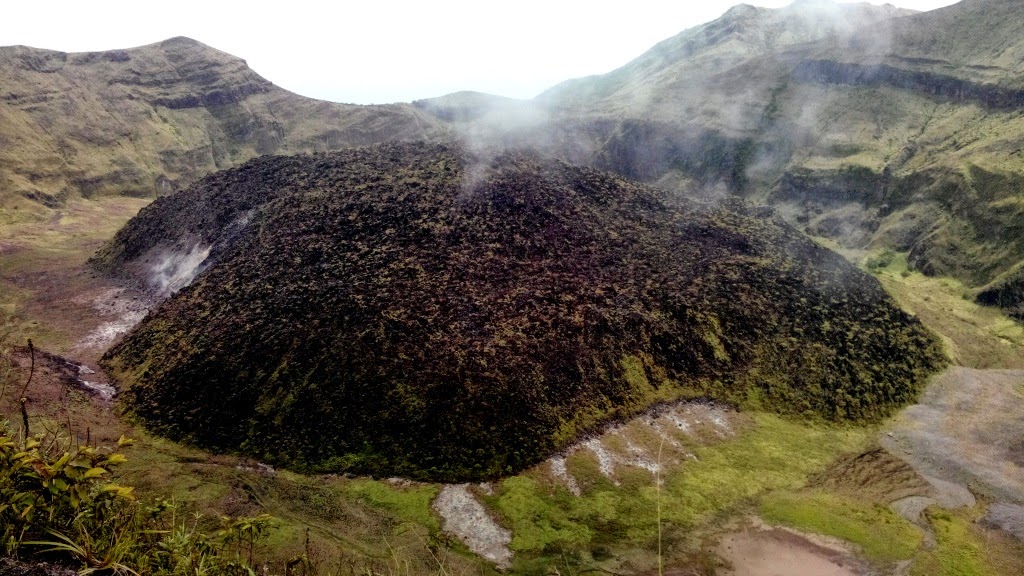 The lava dome in the centre of the crater. There's sulphur and there's smoke and vapour and those things down there that look like pebbles and grass next the dome are rocks and plants as big as a person. That thing is way bigger than you'd think from the picture or even standing on the crater's edge. Talk about breathtaking...

The edge of the crater - obviously, that also doesn't fit in one picture.

Go here for more of the vegetation you see going up (tons of pretty flowers and leaves).
Go here for the truth about how super, duper easy it was to get up there.
Go here for all St Vincent stories.

Go to St Vincent to experience this for yourself!