I'm currently in St. Vincent.
Yes, I'm not working right now, I'm on a little vacation.
Take a moment to freak out, then breathe, then come back and go on reading.

What I want to tell you about first is the crazynutsinsane thing I saw at Subway two days ago, Monday, the day I arrived. Yes, I've been here for two days already and I'm not blogging until now. Don't freak out again, just keep reading.

So, Subway. I was in Kingstown with my new friend Carl and he was hungry, therefore we stopped at Subway so he could get some food. I wasn't hungry but I wish I had been, because my mind was blown out of orbit when I saw their menu.

I'd never seen this before!!

Subway, they sell subs, right? Sandwiches. That's why they're called what they're called. Well, not in St. Vincent. Apparently, also not in some other countries, as I was informed after sharing my shock and disbelief with Kevonne, who is in Canada at the moment.

The first shock was bearable. Carl asked the girl behind the counter if they had wraps and then they talked about which kinds they had while I lifted my jaw back into its normal position. 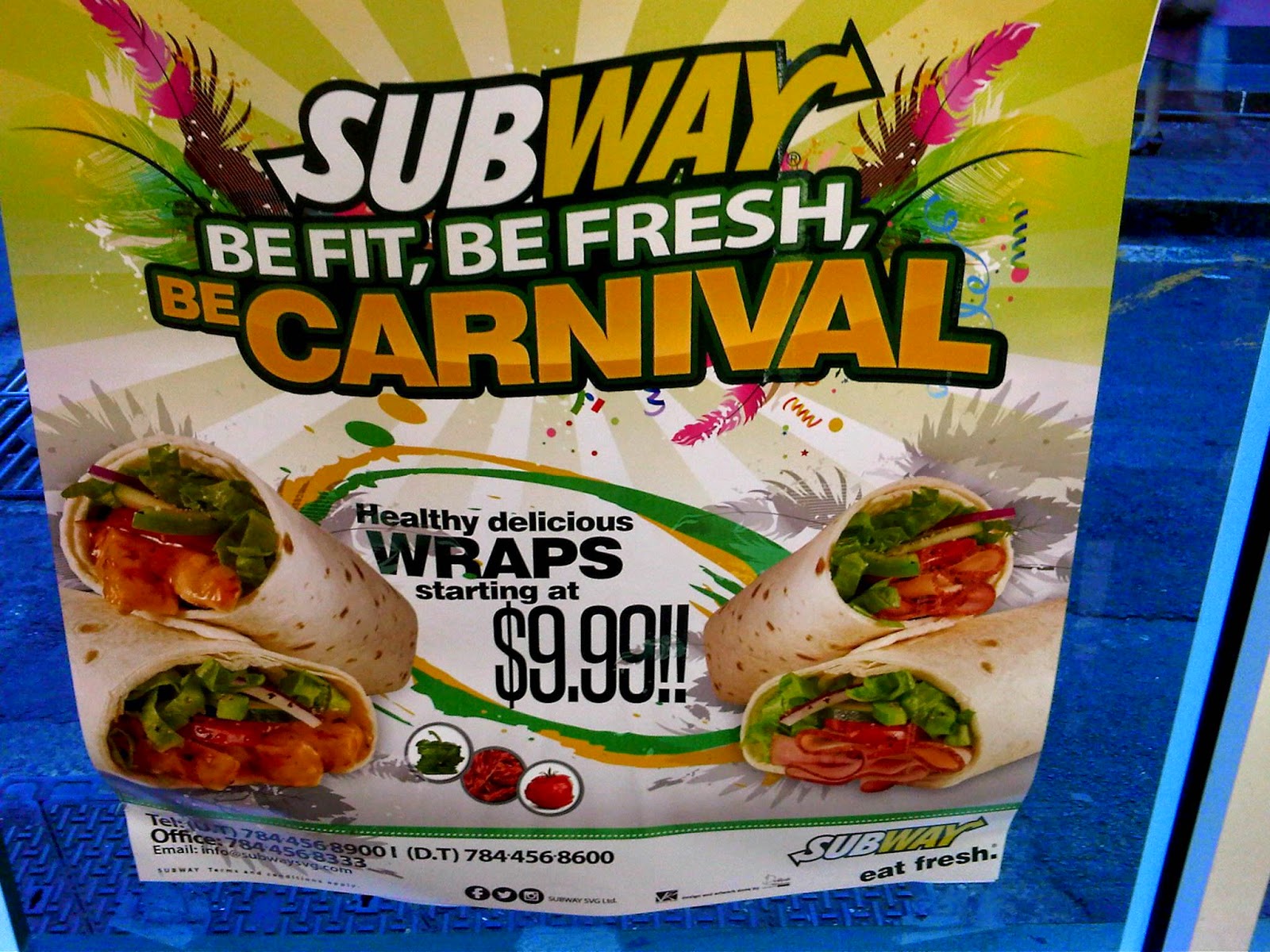 Their carnival is at the end of this month, not like the Trinidadian one and so many others.

I can't believe this even though I saw it with my own two eyes...

Yes, pizza. You read right. I saw right and heard right and even smelled right. They really sell pizza: small personal ones and you choose the toppings and everything as if it were a sub. But it's not a sub. It's a pizza. Pizza! My brain is melting like the cheese on top of one of them... nghrgh... 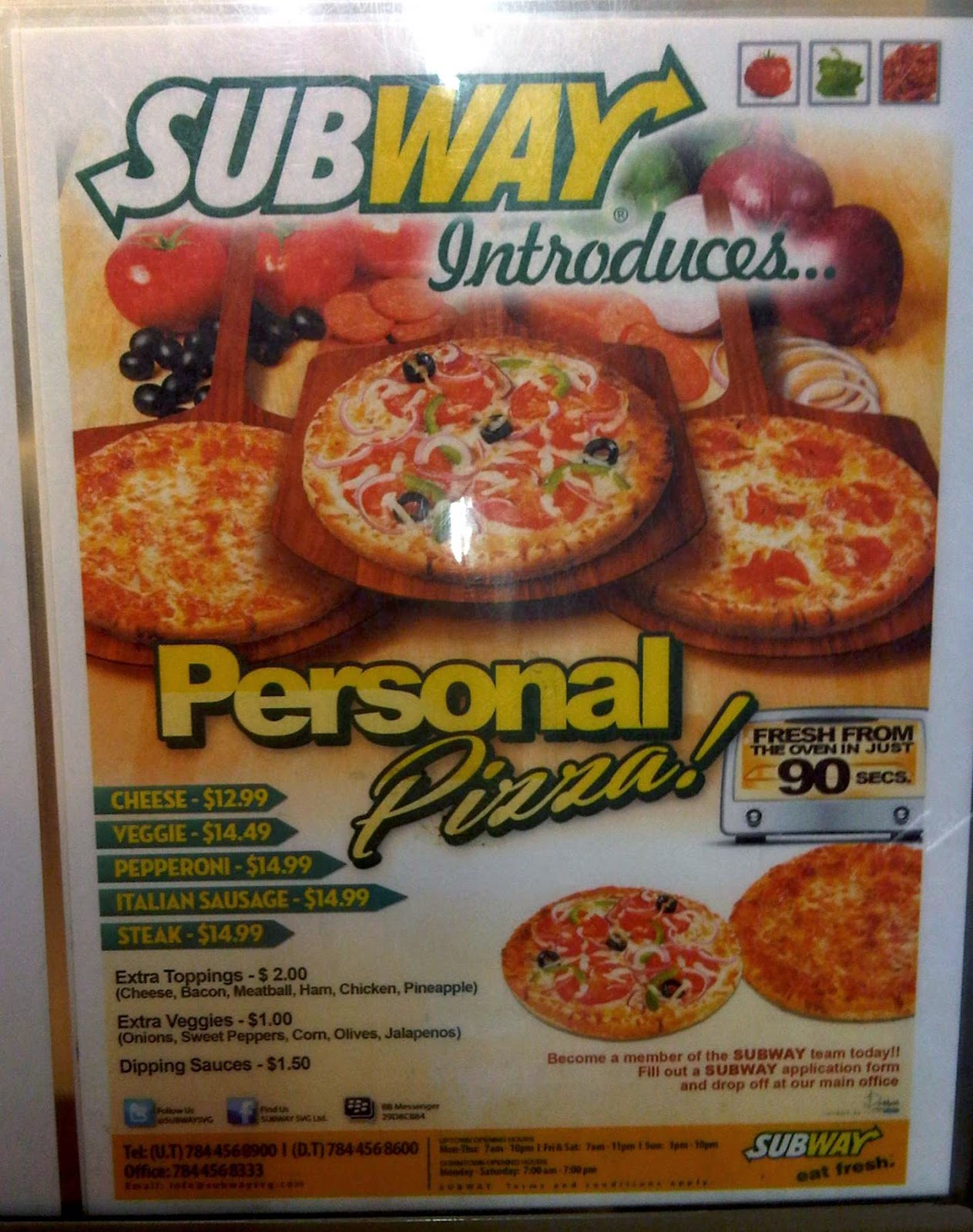 The whole world is upside down, I don't know what to believe anymore!

And apparently those pizzas are also really good. All I can confirm is that they look good and I probably won't have one before I leave and then in Trinidad there are no pizzas at Subway (food is less confusing there...) and in Austria, as far as I know, there's not even Subway.

But hey, once (if ever) I'm over the shock, then I'll have learned something new again! 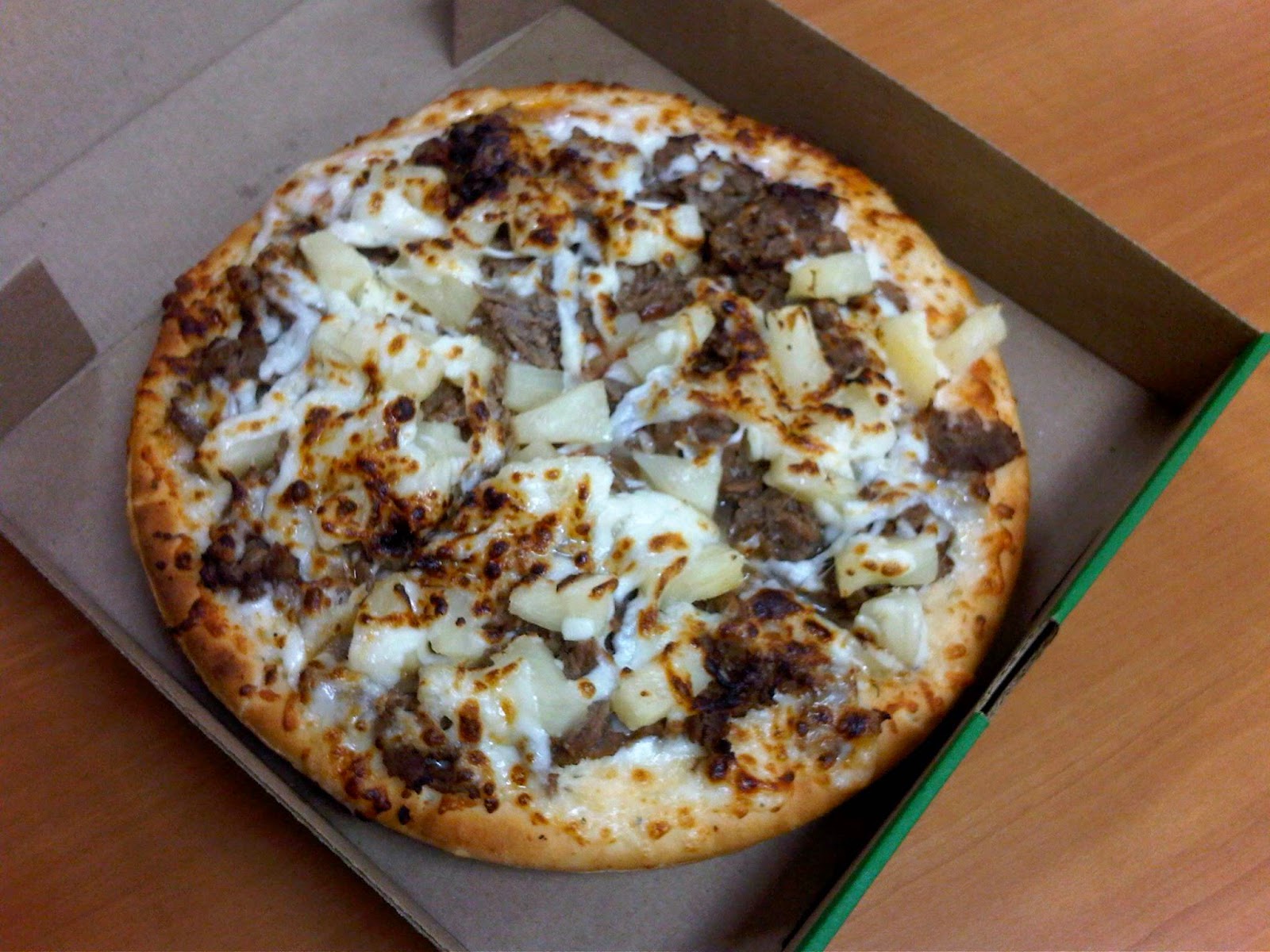 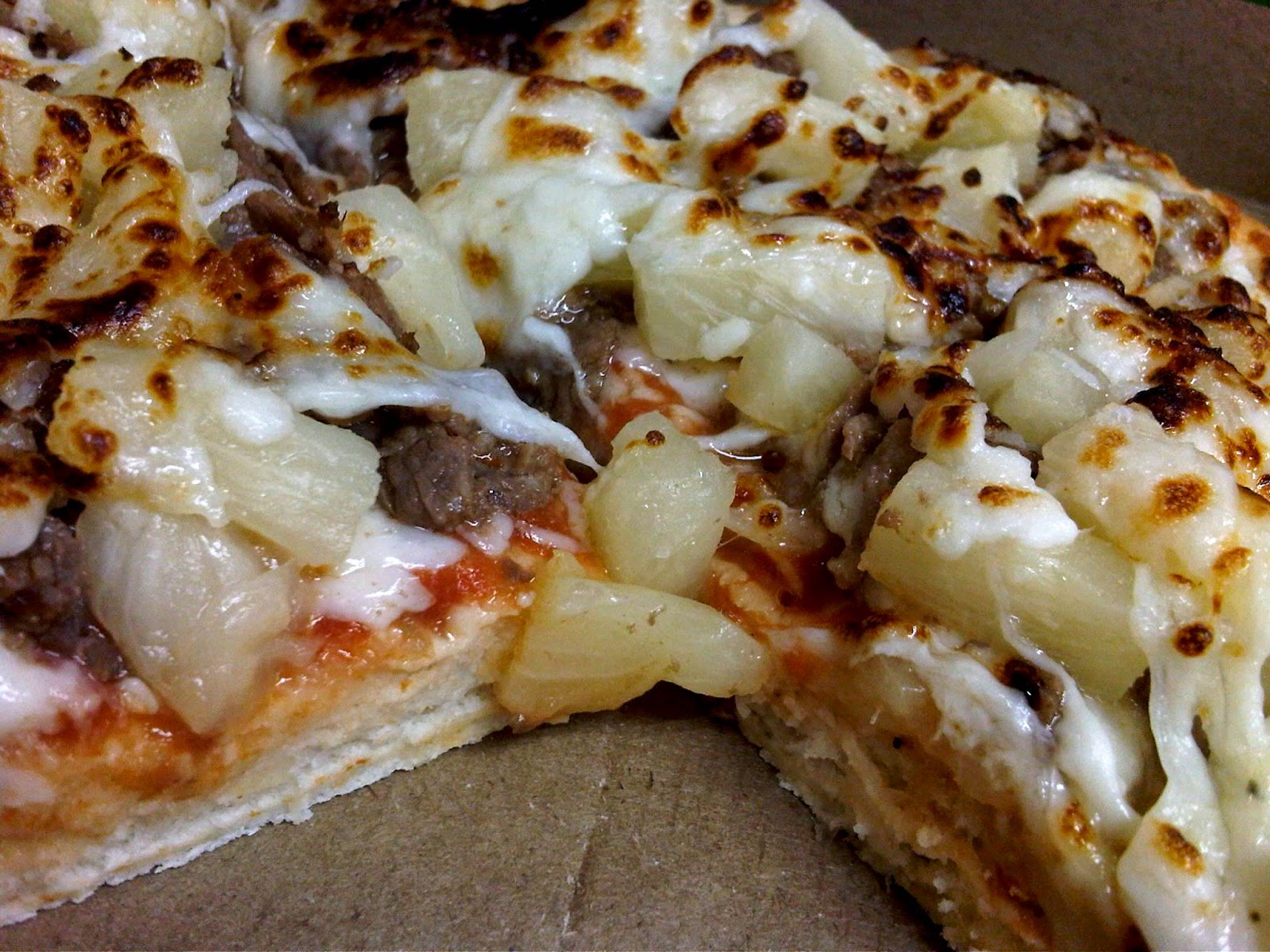 And whenever I come back to St. Vincent, I'll have one of these.

That much is certain.