King of the Road

This is an almost accurate account of the conversation that happened last night between my neighbour and myself via Whatsapp, actual conversation, and a yawn-ey phone call after three and a half hours of sort-of-sleep. See, he's moving tomorrow so we decided let's chat a bit before we don't see each other for a while. So we sat together, me crochet-ing and him trying on my new hand-made hat and bikini top (yes, really), talking about his new place and cell phones and Africa stereotypes. He was borrowing another neighbour's car at the time, because of the move, and told me how he likes to get up really, really early and drive up to the beach to enjoy the morning there. Of course, my immediate reaction was that I wanted to do that too. He said, let's go tomorrow. I did not believe that was actually going to happen.

But it did. By 4.18AM we were hauling our stuff into the car (and I have no idea why I'm using such a heavyweight verb when I'm really just talking about a camera and a book and towels/sheets) and a few minutes later we were on the road.

What's the best thing about a spontaneous beach trip with your neighbour? He doesn't like driving and asks you to drive aaaaall the way from Curepe to Maracas and then on to Blanchisseuse, the Marianna river and then aaaaall the way back! Why is that the best thing? Because I do love to drive. And I definitely don't get to do it enough. 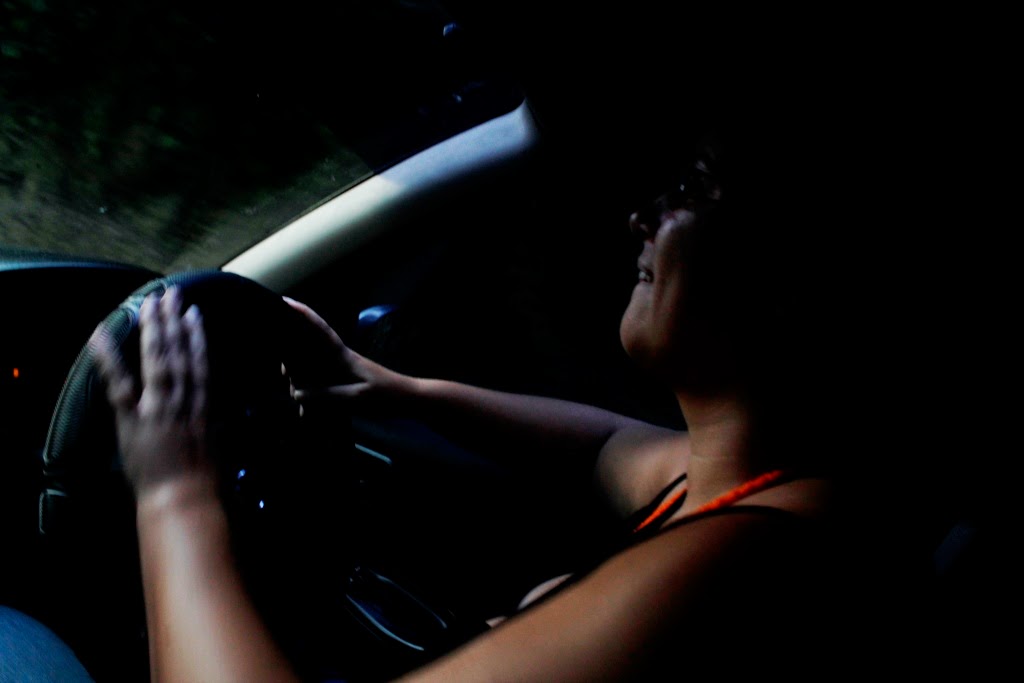 I was definitely happier than I look in this picture.

So off we went, along the Eastern Main Road, over Lady Young, around Queen's Park Savannah, through Maraval and then across the Northern Range to Maracas Bay, with a little stop at everyone's favourite lookout.

When you drive at 4.30AM you don't have to worry about traffic, about other cars, about anything. You just cruise and enjoy the ride, to the fullest! It was special, because I've been to that beach and the areas beyond it so many times, but I'd never driven myself before this morning. For the first time, then, I got to navigate my way through the mountains, drive in and out of clouds, at whatever speed feels right and comfortable, without having to pay any mind to anybody else at all - king of the road, 100% 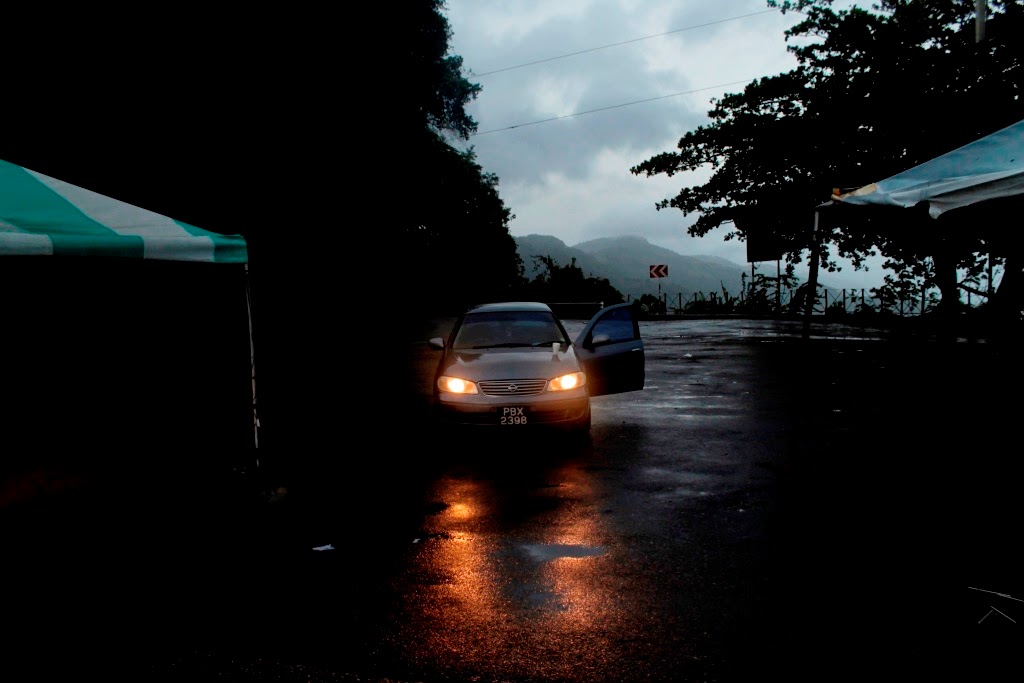 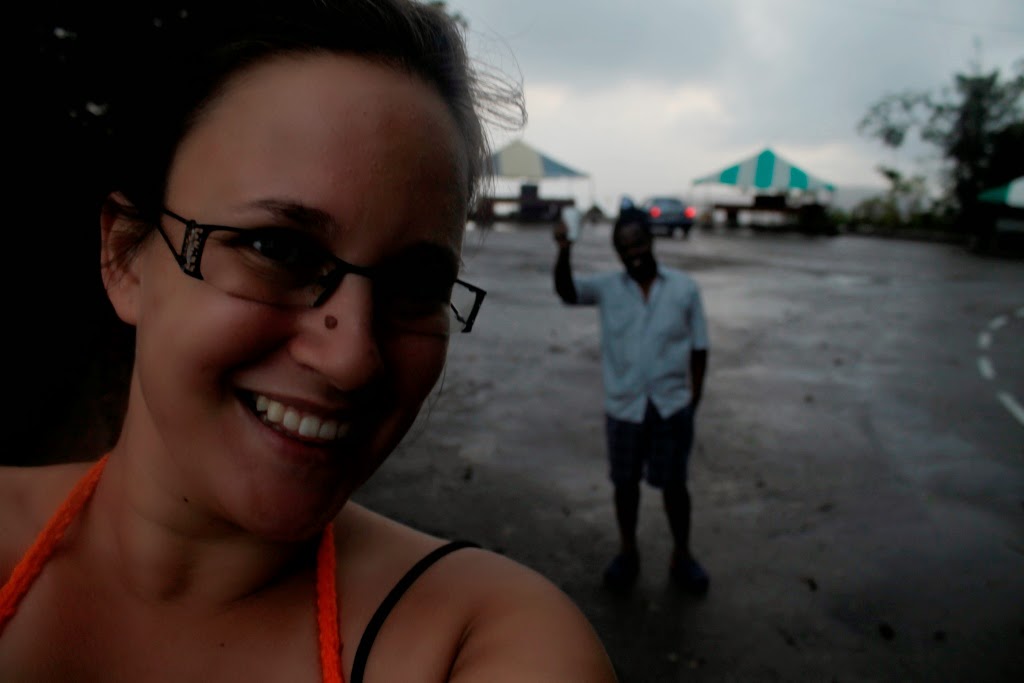 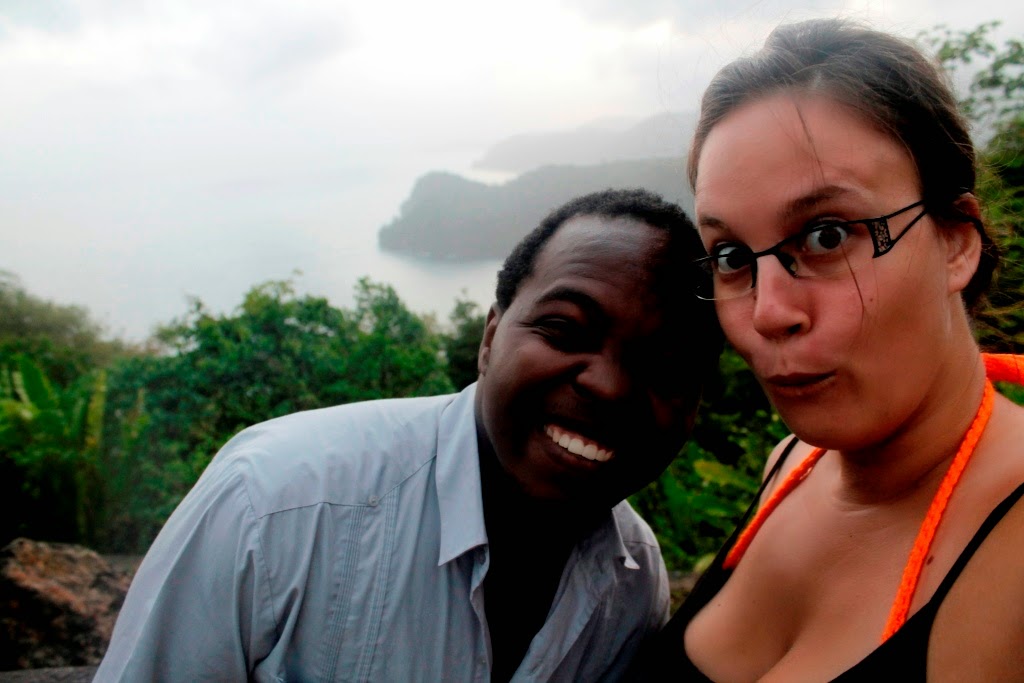 From there we drove the little stretch that was left to Maracas Beach, parked the car (all alone in that big parking lot) and went immediately onto the soft sand. Batisane, that's my neighbour, wrapped himself in the sheets he had brought along (for to not to be bitten by the sandflies) and relaxed, while I went straight into the water. Beautiful!!!

Also, I was wearing my new bikini I just finished making all by myself and it withstood the hard crashing waves perfectly - no spillage, no loose threads, all nice. 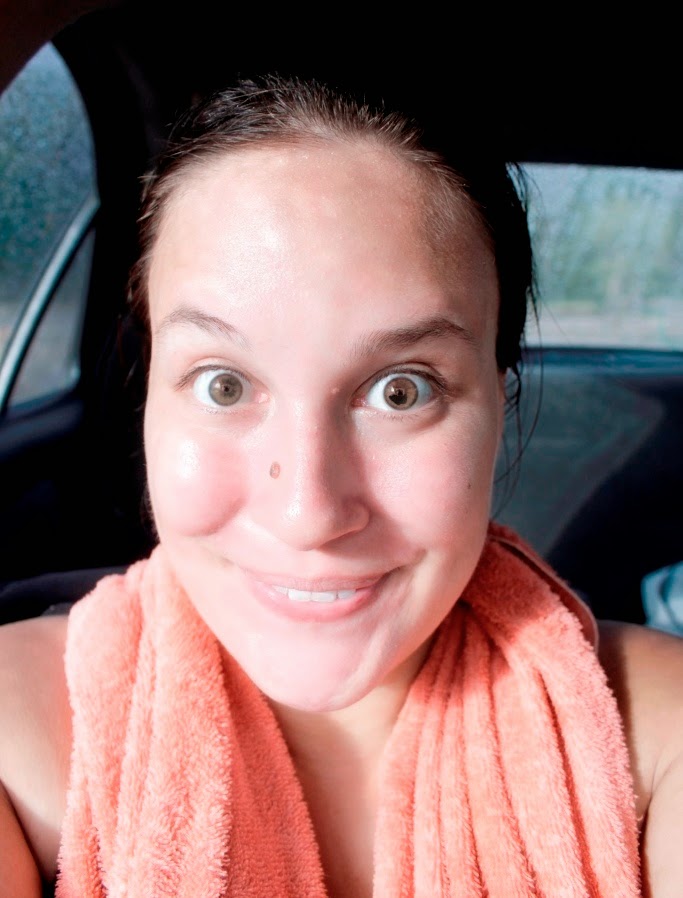 After a while - some swimming, some reading, a little rain, a lot of sunshine, some walking around - we went on eastwards, because B had never been that way and was all surprised: "The road continues in that direction?" and "What is a Blanchisseuse?" 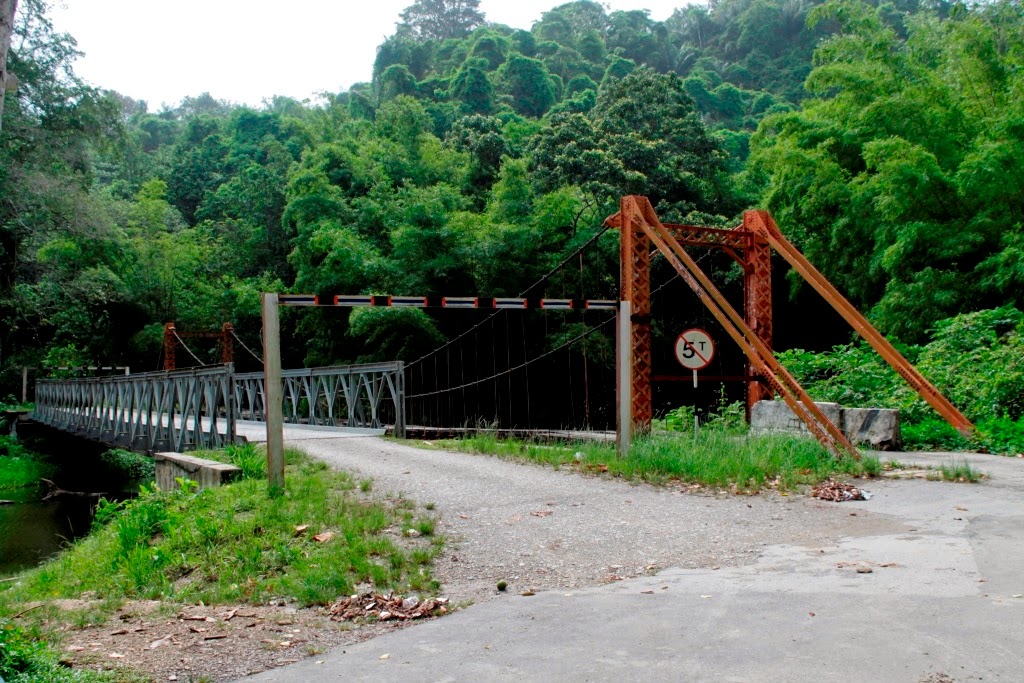 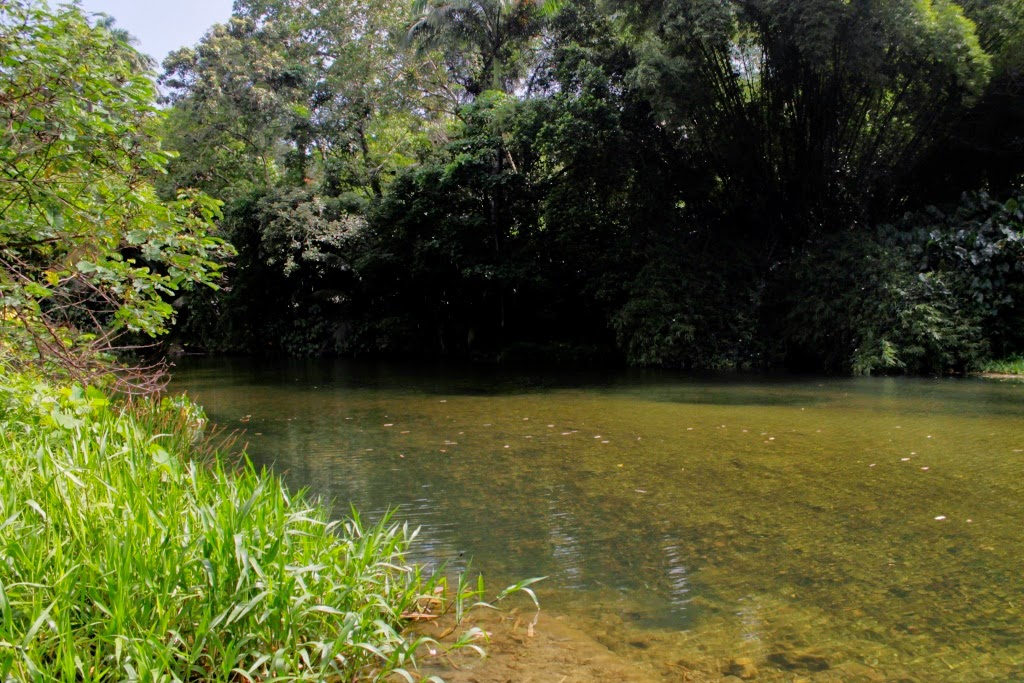 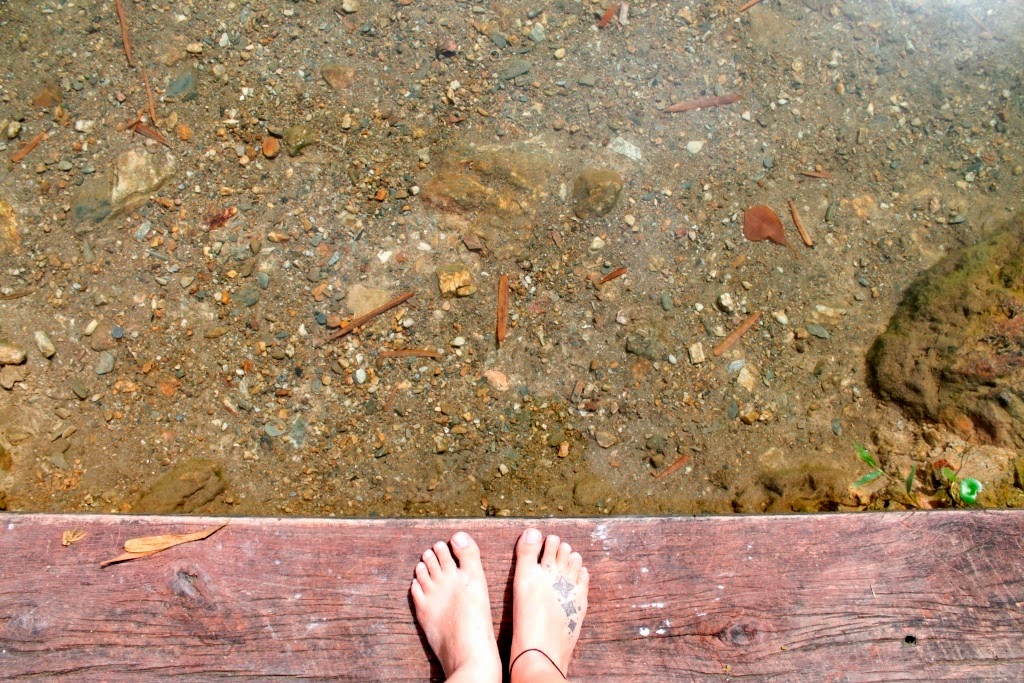 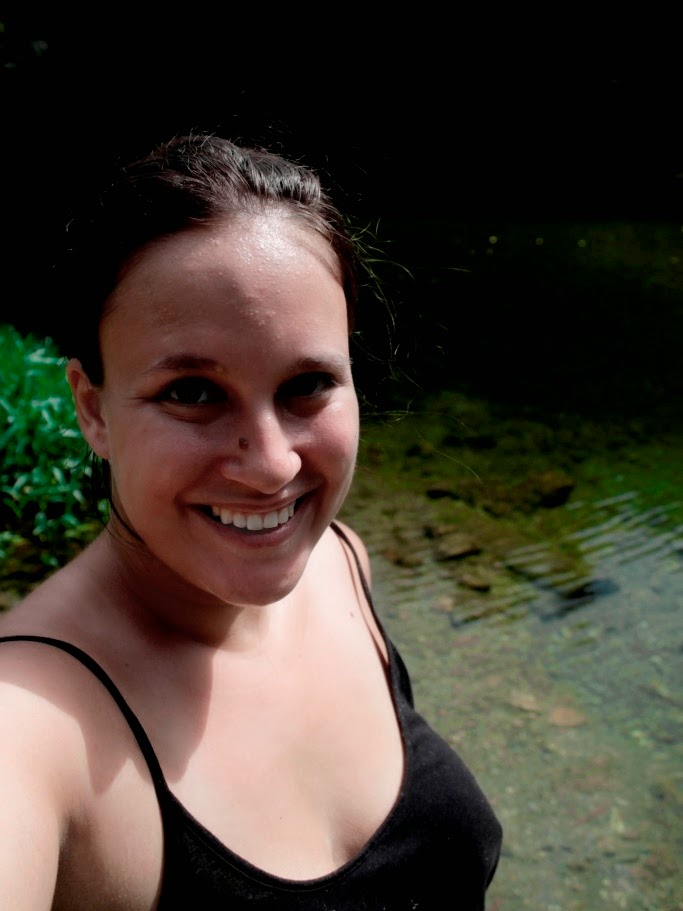 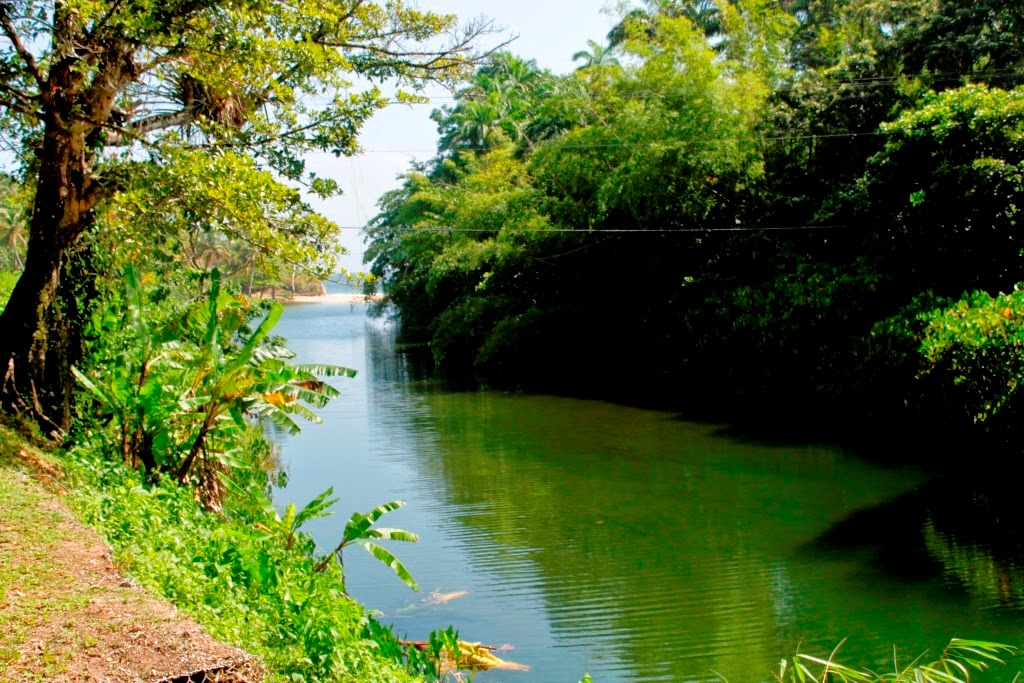 The view at Blanchisseuse, the Marianna River and where the river meets the sea.

It was close to 10AM when we got back to Maracas to have some beach style breakfast and start making our way back to Curepe. I was still very much enjoying the drive - this time, however, I was driving in silence: 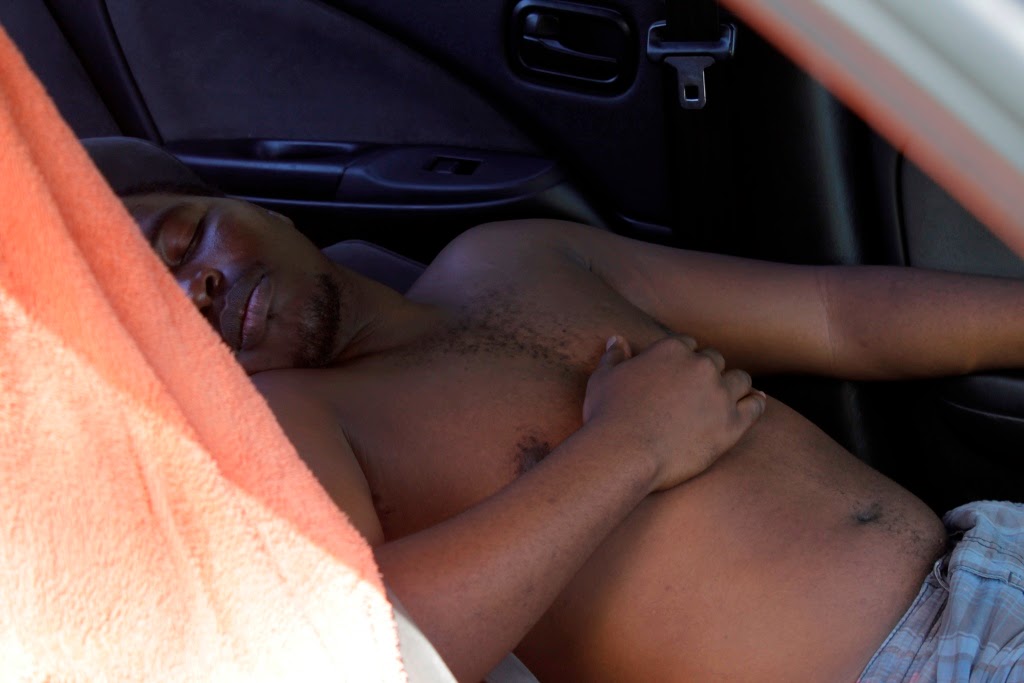 Somebody was a little tired.

I'm about to post a second entry with an actual picture from Maracas Beach itself, because I kind of want to put that apart from this. This here is about how cool it is to do super-spontaneous-early-morning-coastal-drives all the way from home to where the road ends (literally) and back again.

Posted by isaontheway at 4:26 PM