There's this place here in Trinidad: Mount St. Benedict, it's called. It's a monastery/abbey and was founded in 1912, which makes it the oldest in the whole region (meaning the Caribbean). At least, that's what their website says. It sounds a little weird to me, what with everything I know about Caribbean and Latin American history suggesting otherwise. Maybe they mean the oldest-still-functioning-the-way-it-did-originally Benedictine monastery, that sounds like it's possible. But whether or not they're really the oldest, it's a nice enough place to visit. 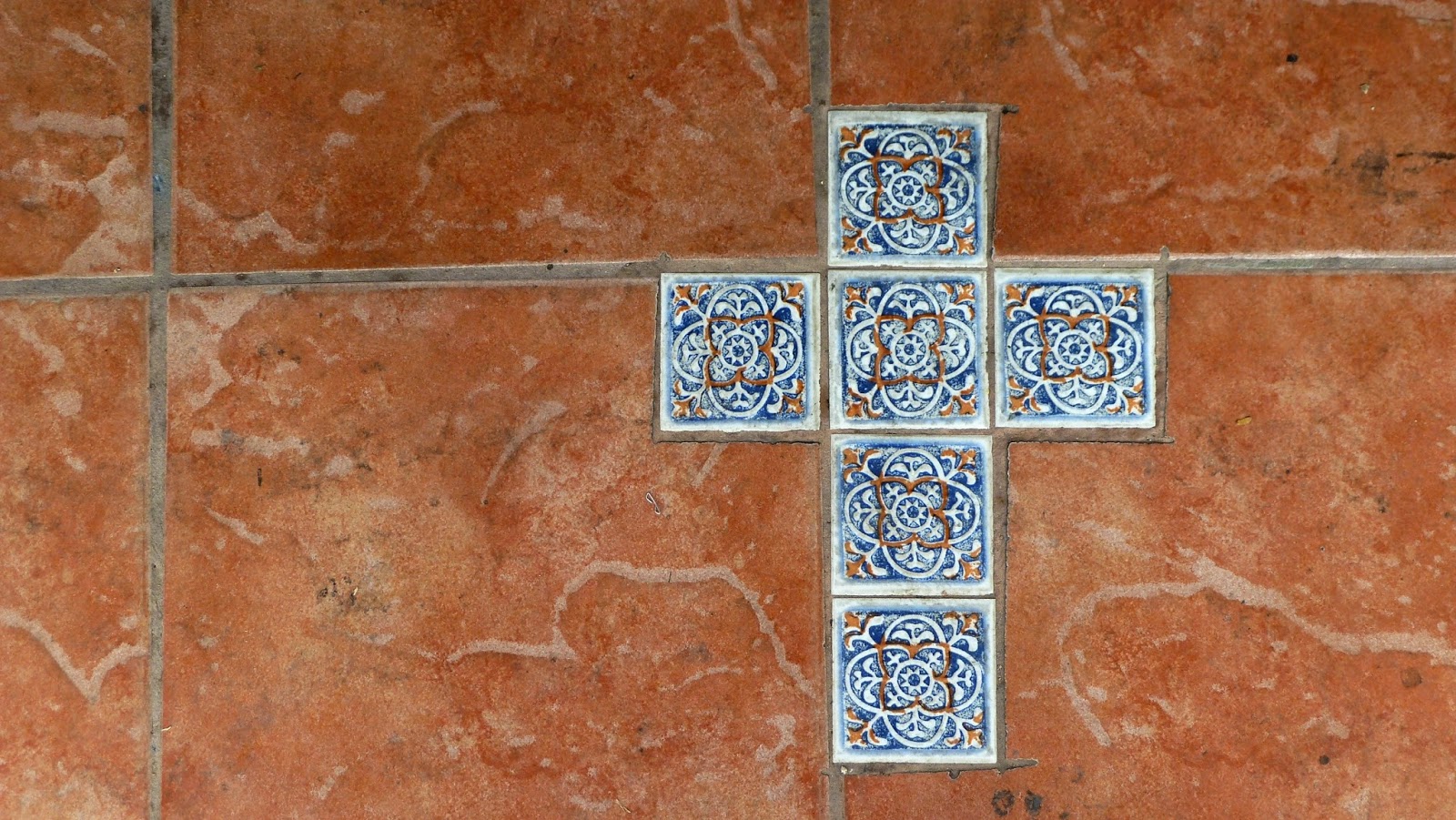 This is called a cross.

And visit it, I did. A few weeks ago, on May 13th. With two friends from university, Avidesh and Scott, who decided I had to see the most beautiful monastery in the whole wide world (overcompensation in the description because one of them, Avidesh, had just been to Austria and was trying to overcome the feeling of inadequacy that permeates every architectural structure in the Caribbean when you've laid eyes upon places like ... umm ... anything historical in and around Vienna). I mean, nothing against Trinidad, or anywhere else, but, you know... you know. 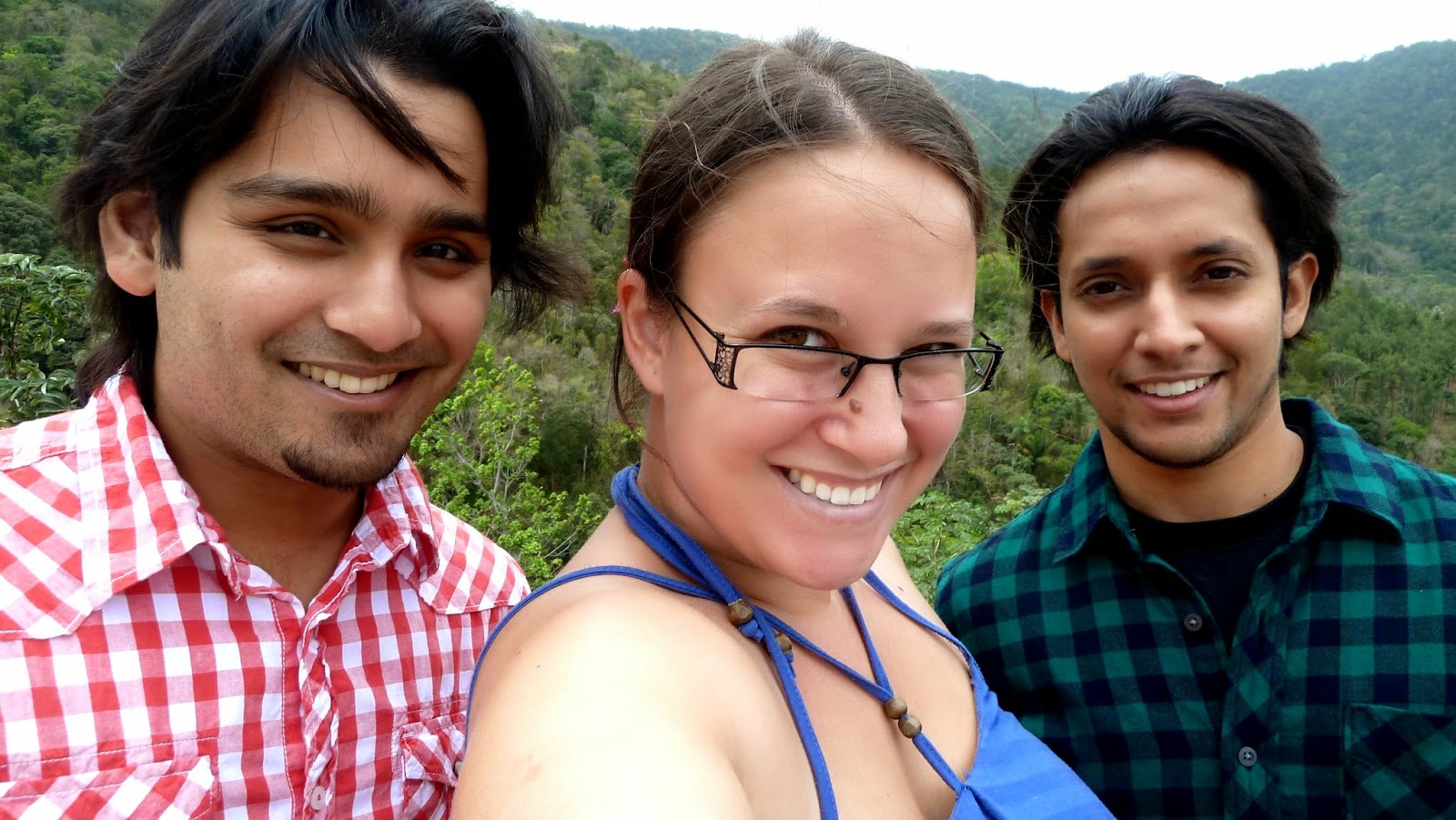 So back to the Mount.

We went up one early afternoon during a work break so they could "show off" how pretty the abbey is and the mountain in general (dried up and brown, because it was the dry season) and the view from up there (smoke everywhere due to numerous bush fires, because it was the dry season). Wow, it really sounds like I didn't like it up there. But I swear I did. I'm just emphasizing all the minus points on the off chance that one of the guys reads this and gets really annoyed - cue devilish laugh.

Seriously, though, it's very pretty up there. Here, see for yourself: 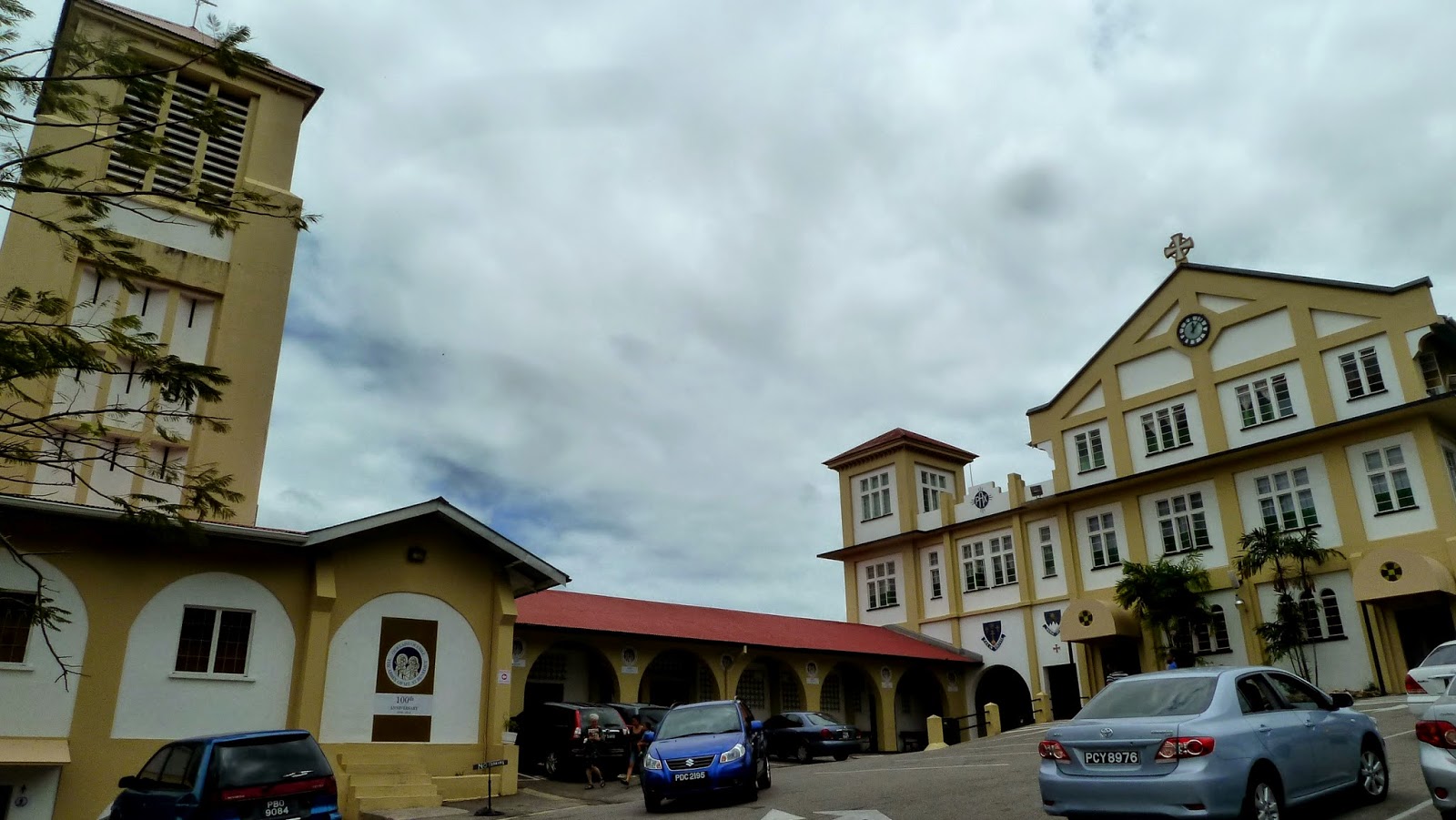 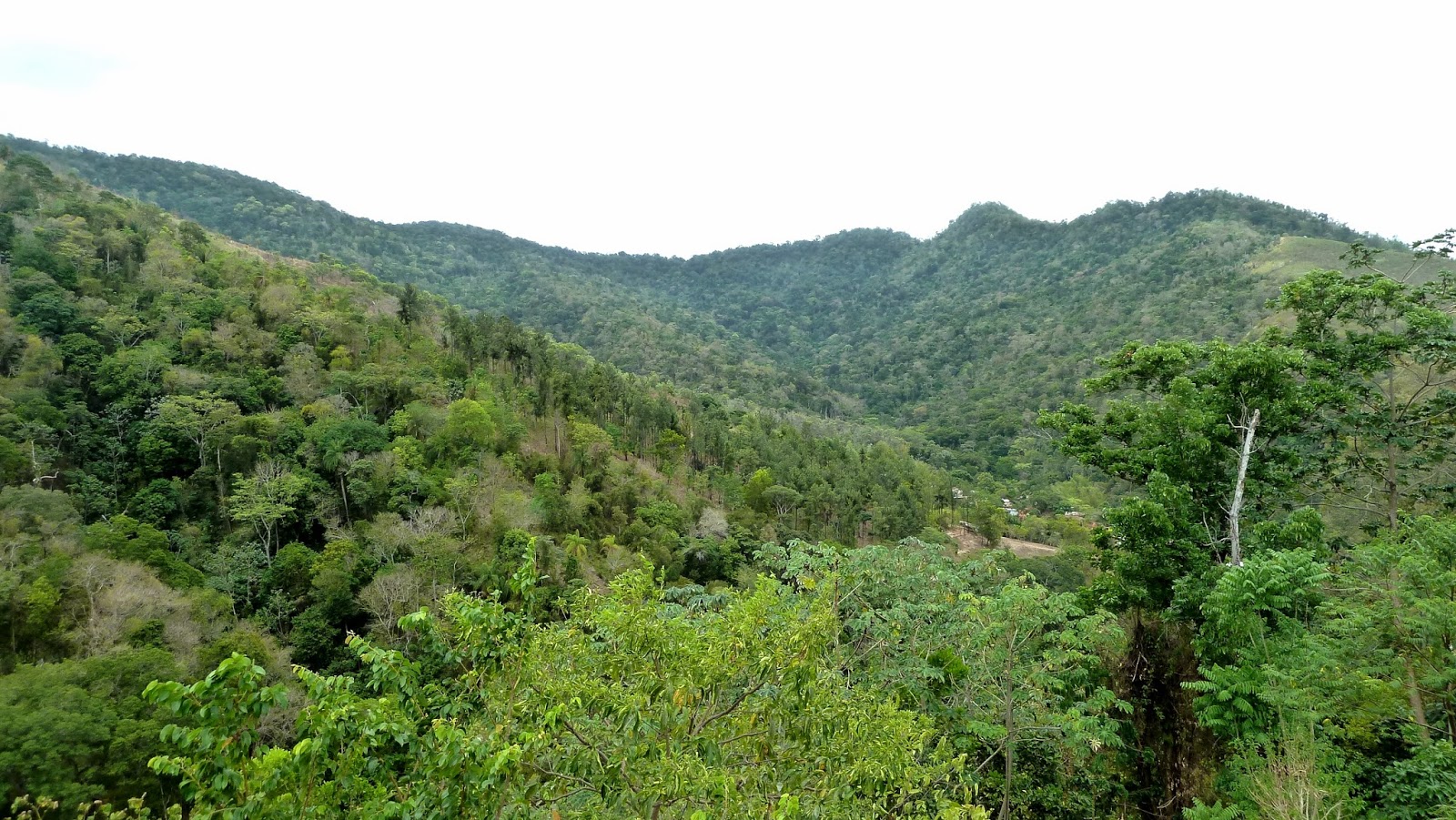 The gorgeous mountains up there - and in the rainy season it's lush and green and just ALIVE! 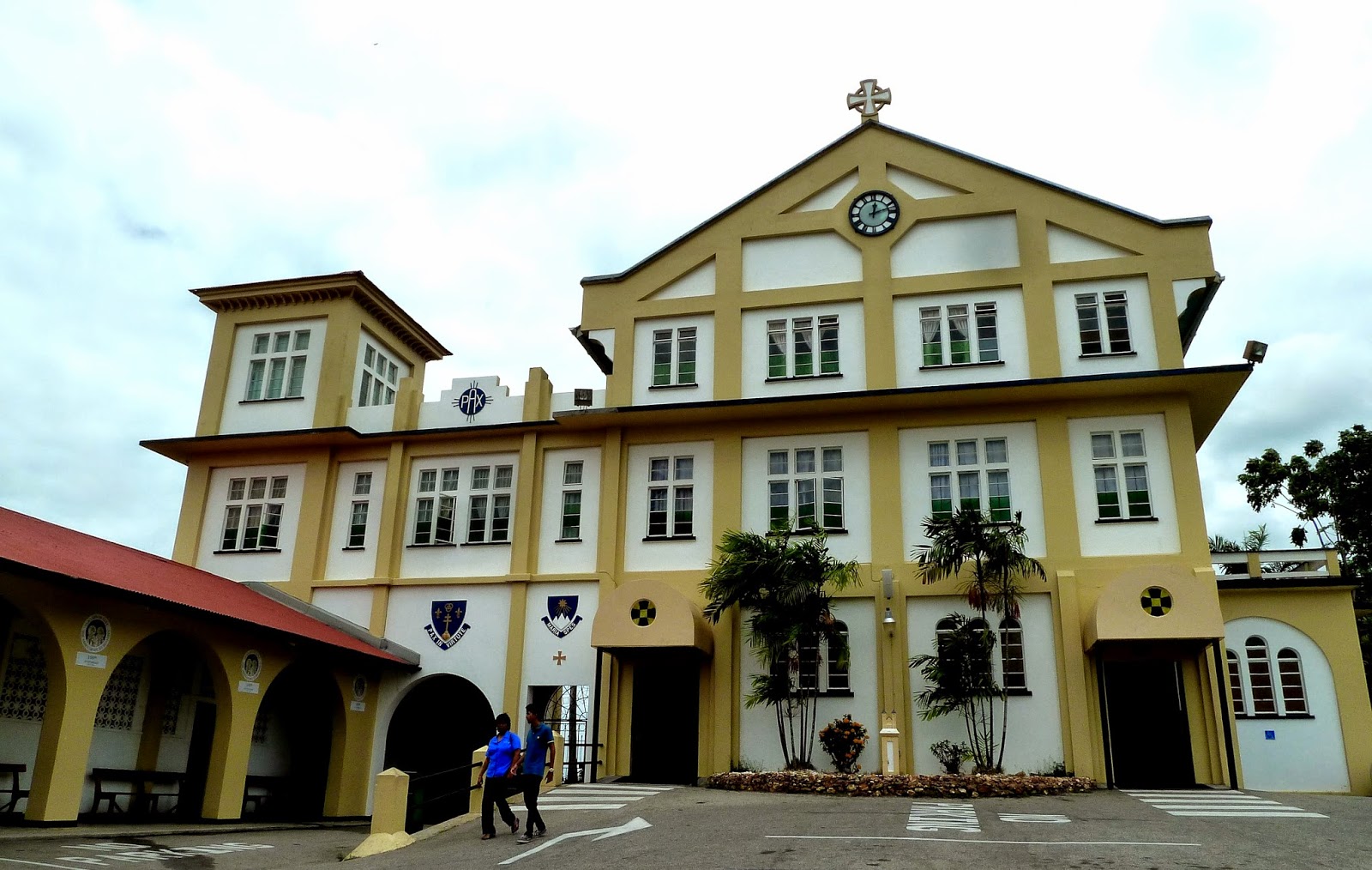 Non-religious people come up to the Mount for two reasons. Number one being the view. That's also the reason the boys took me up, so I could see aaaaaaaaall of Trinidad. Well, almost. You really do see very far and it looks pretty cool, I just can't show you all of it because, as we all know, I'm not the best photographer out there. Here are two attempts:

Trees, houses, smoke. The view from the Northern Range between March and May. 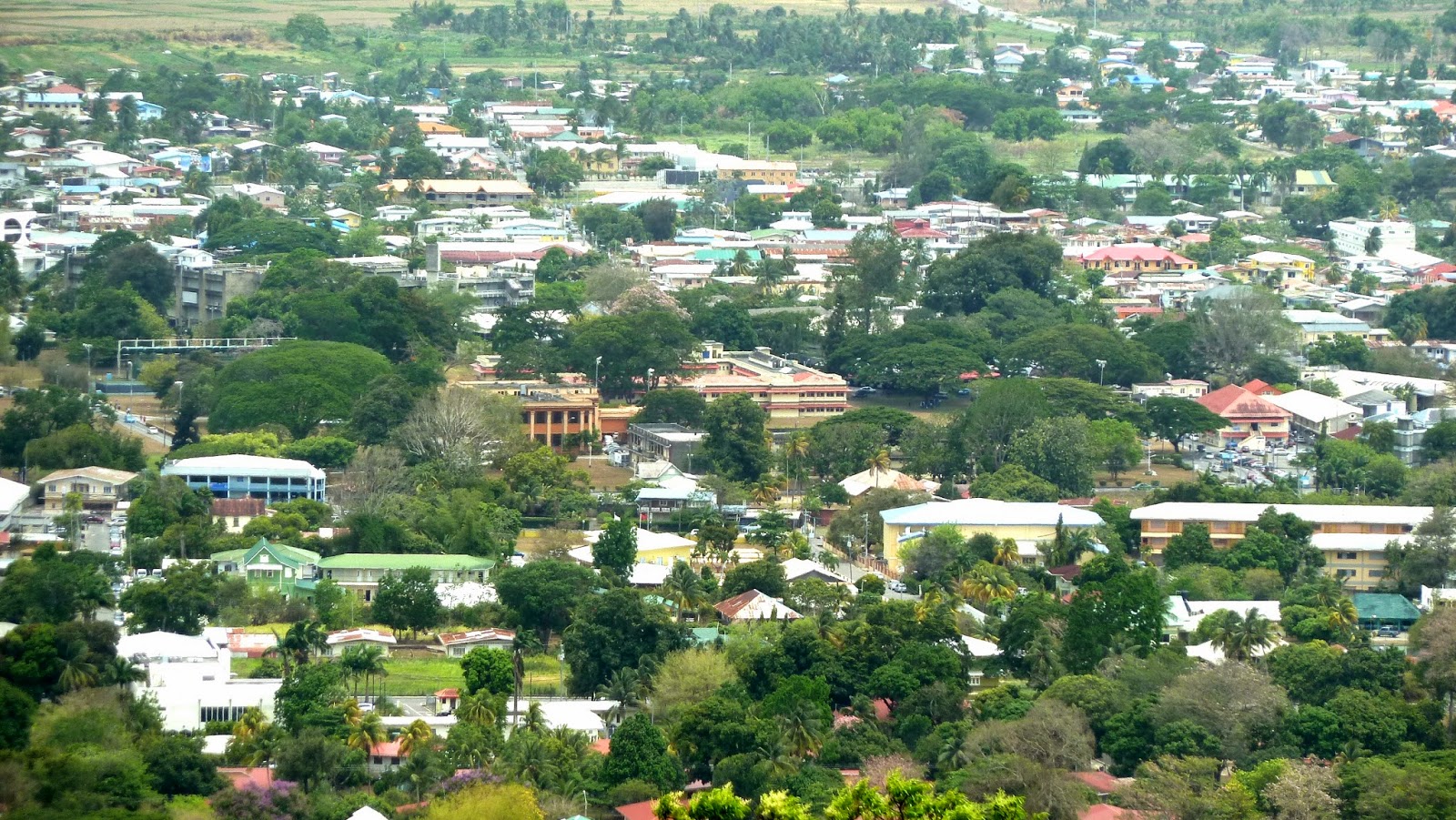 A faraway close-up of the University of the West Indies.

Reason number two non-religious people visit the monastery is also the reason I am writing this blog entry for you right now and as you can tell from the title of the post this is very serious. Because addictions are serious, they're no joking matter. Of course, you know what an addiction is. But what is a holy addiction?

A holy addiction is when the monks who live up in the monastery have various monk-activities and one of them is to produce yoghurt and you try it that one time you go up there with your friends and ever since then you've had at least four large tubs of yoghurt per week and it's really the only thing you want to eat, for any meal, ever, and that one time you went into the supermarket and they were out of your favourite flavour you nearly cried. That's a holy addiction. 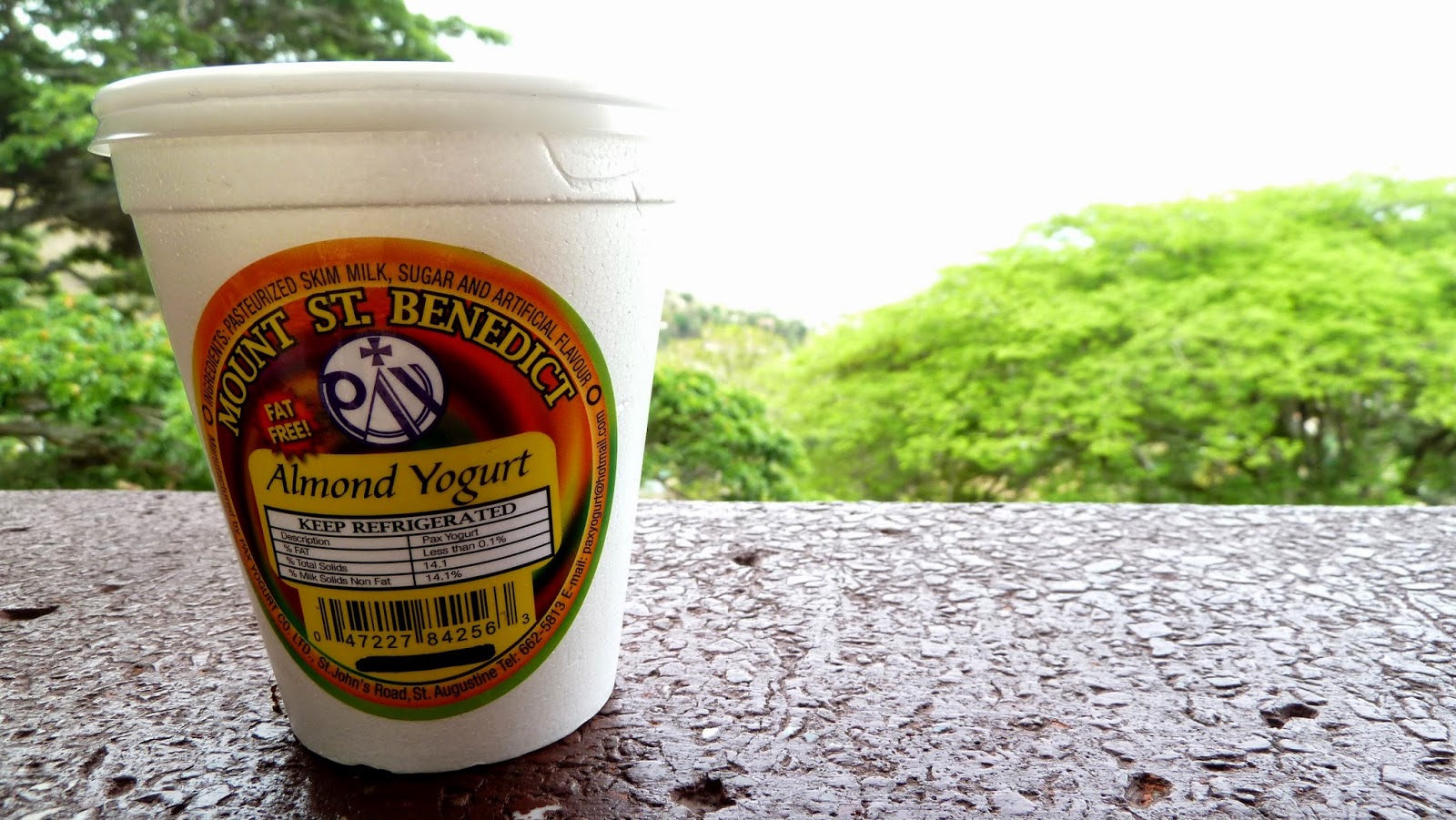 This is the small one. There are 1-5 of the large ones in my fridge at. All. Times. 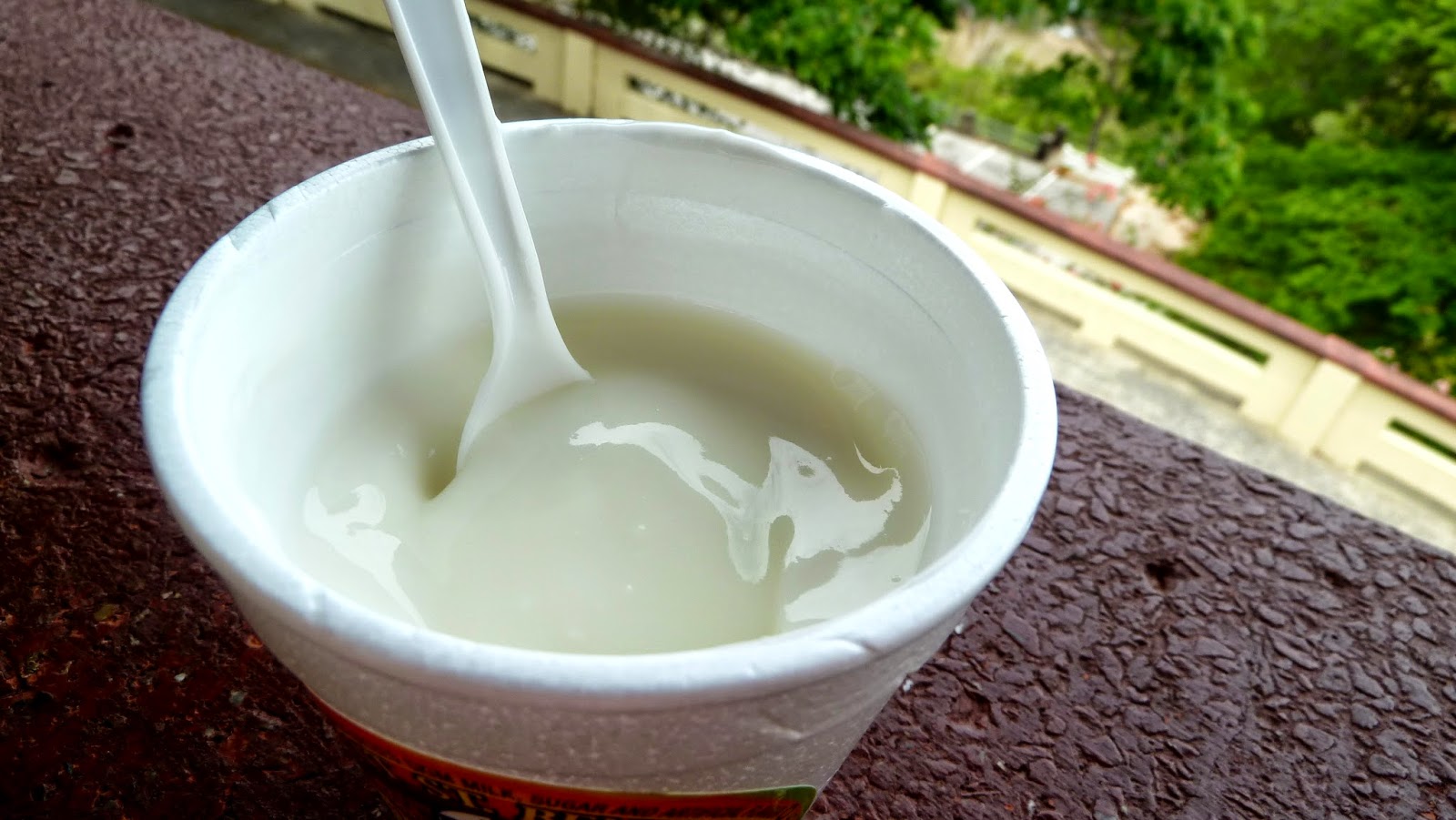 This yoghurt has now replaced almost every other item in my regular diet: yoghurt for breakfast, yoghurt for lunch, yoghurt as a little snack in between. It's nuts! No, wait, it's not. It's still yoghurt. It's crazy, though. Very much so.

My recommendation for anyone who wants to try it (don't worry, as I said you can get it in supermarkets as well, like HiLo and TruValu, not just in the monastery itself) is to PROCEED WITH THE UTMOST CAUTION and get the vanilla one and the almond one, as those are my personal favourites. There are a bunch of fruit flavours, too, but I tried the strawberry and it was the most fake-and-toxic-looking-pink I have ever seen in a yoghurt cup so I decided to switch back to flavours that don't require any kind of colouring to make people believe the taste. Of course, I can't vouch for any other flavours, I don't even know what they look like, because I now only ever buy those two. But they're heavenly. Just in case, let somebody know that you've tried the yoghurt and let them know how often and how much you're eating. That way, they can plan an intervention for you if necessary. Remember, they love you, they want the best for you. And you won't see it that way once you've tried the yoghurt, but it is not the best for you. A balanced diet is.

So, I'm addicted to yoghurt. And because monks make it, it's a holy addiction instead of a normal one. It's a serious addiction, too, because every time somebody suggests something else for food the response is a I-don't-wanna tantrum that would make any two-year-old get out their little pens and papers to take notes, because there's so much to learn and improve. Aside from that, thus far there haven't been any real repercussions in terms of health, what with eating mainly yoghurt all the time and hardly anything else. That's no problem, though, because even though I just said that a balanced diet is better than eating yoghurt all the time, obviously, that concerns you and not me. Obviously, I am the exception to the rule. Obviously, I can and will continue to eat as much yoghurt as I want. No need whatsoever for interventions or anything of the sort.

Still better than drugs or gambling!

Posted by isaontheway at 1:39 PM