I didn't know about that until I had to read about it for my Dynamics of Caribbean Culture class. And it was with that same class that I got to go to three different venues to experience the festival: Princes Town, Dow Village and Felicity.

The festival I refer to as the "Trini Burning Man" is really called Ramdilla or Ramleela and is a Hindu festival that celebrates the victory of Ram and his friends (including Hanuman, so that's pretty cool) over the evil Ravan. I could go on for a long time with history and festival theory and whatnot, but I think that it'll be much more interesting for you to appreciate the whole thing in a series of pictures.

So here we go. 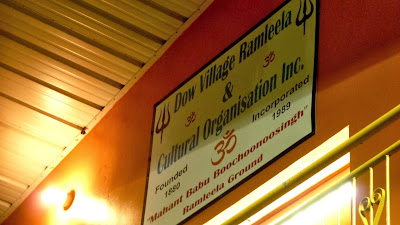 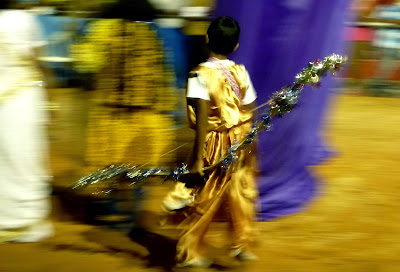 It's usually mainly children who perform and it's a big honour for them and their families. The costumes are extremely elaborate and feature all kinds of colours and materials, including glitter and feathers. 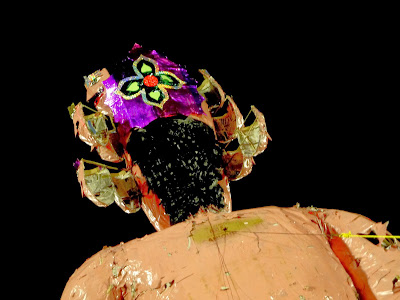 The evil Ravan has ten heads and represents everything that's bad in the world, like our vices, for example. Sometimes, those are built side by side, at other times, you find nine small ones around one main one, like in this case in Felicity. 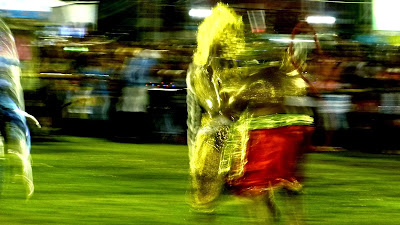 The mighty Hanuman fighting one of King Ravan's warriors. Colour in action. 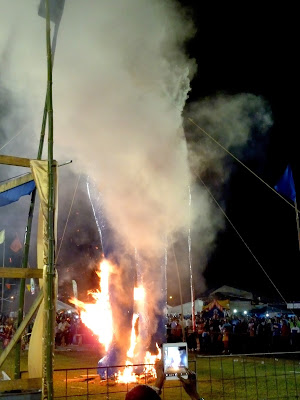 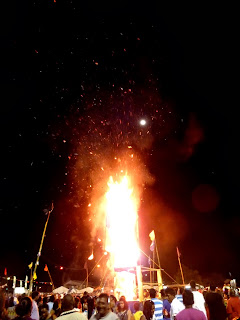 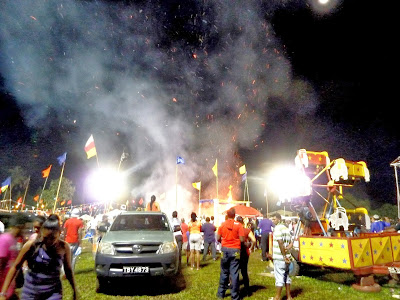 Ravan has been defeated by the good guys, the Man has been Burned, now the people will go home.

And then, about a year from now, we start all over again.

Posted by isaontheway at 7:31 PM