The Real Austrian Embassy had its first actual event, meaning that more than one person was invited and it was a planned thing, not a spontaneous I'll-swing-by-on-the-way-home or I'm-bored-I'll-come-hang-out-with-you thing.

An event was created on Facebook to let "fans" of the Embassy and my own friends know the when and the where and the how and in the end we had a neat little get-together of ten people, which is actually pretty much exactly what I'd hoped for. Not too many people, and not too few. Attendants of the Embassy's first official event: Kara, Alana, Hamish, Jason, Josimar, Khadine, Serg, Shakira and Thais (in the order they showed up in). 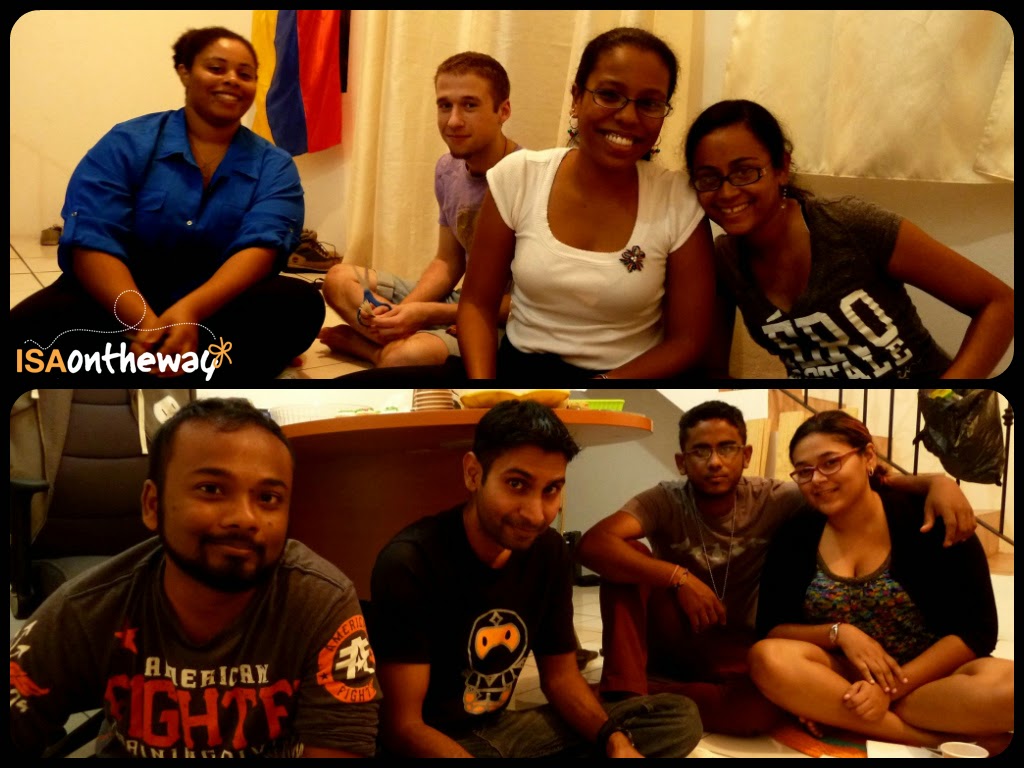 Unfortunately, Thais is not in this collage, because she hadn't yet arrived when these pictures were taken. 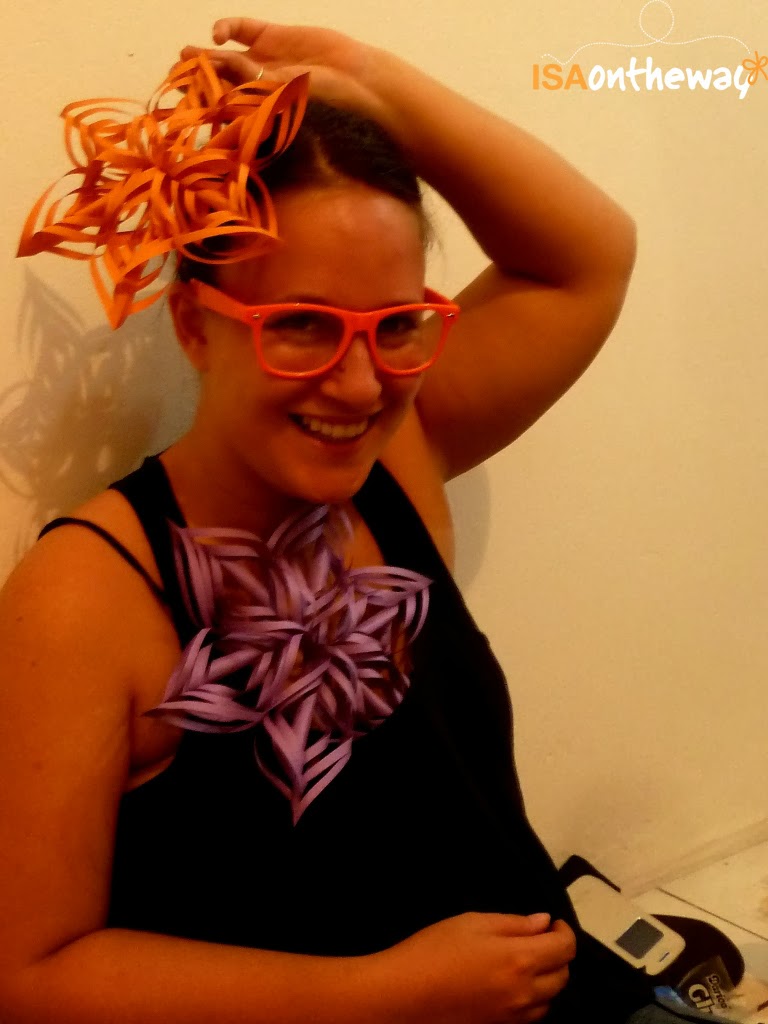 And yours truly, in my "crafts teacher" getup.

Because of the continuing lack of seating in the Embassy, everybody brought a cushion or a blanket or something else to sit on and we created a picnick-like atmosphere on the floor; something else I found was very enjoyable.

Advent Lime means that we had Christmas foods and Christmas drinks (like Punch and sorrel and peardrax), listened to Christmas music and did some Christmas crafts projects - I taught everybody how to make paper snowflakes. Aside from that there was obviously a lot of joking and laughing. How would there not be, wich such cool people! 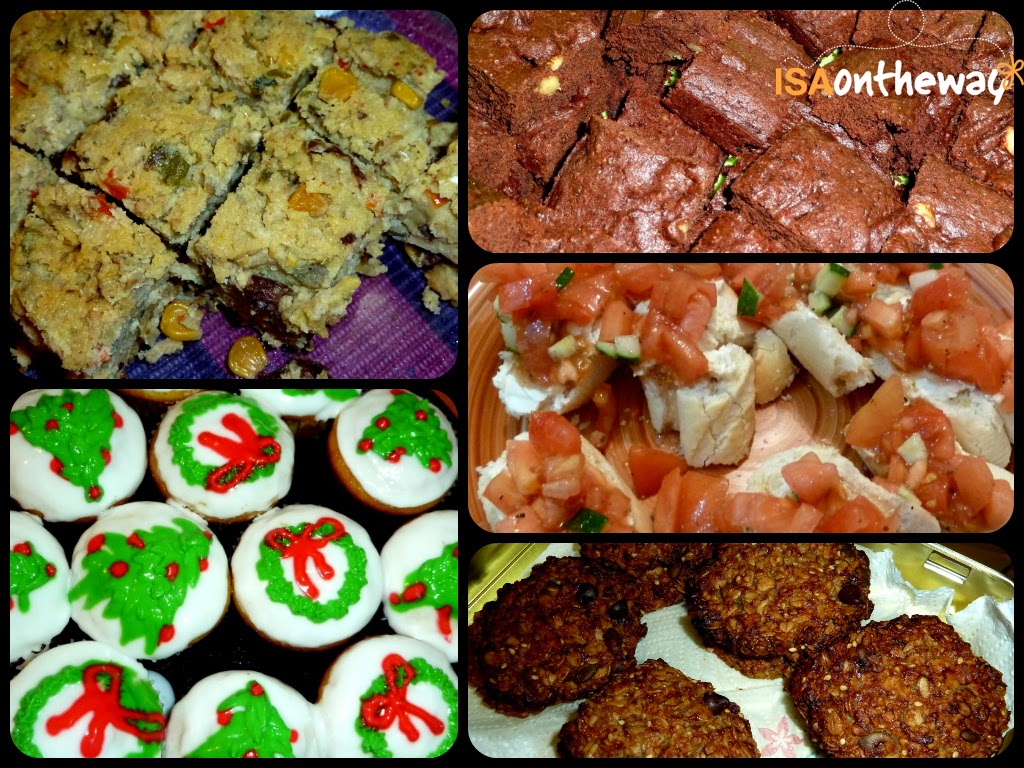 Baked pastelle, Christmas lemon cupcakes, brownies, bread with goat cheese and tomatoes and cucumber and a balsamic vinaigrette, and vegan and gluten-free cookies. 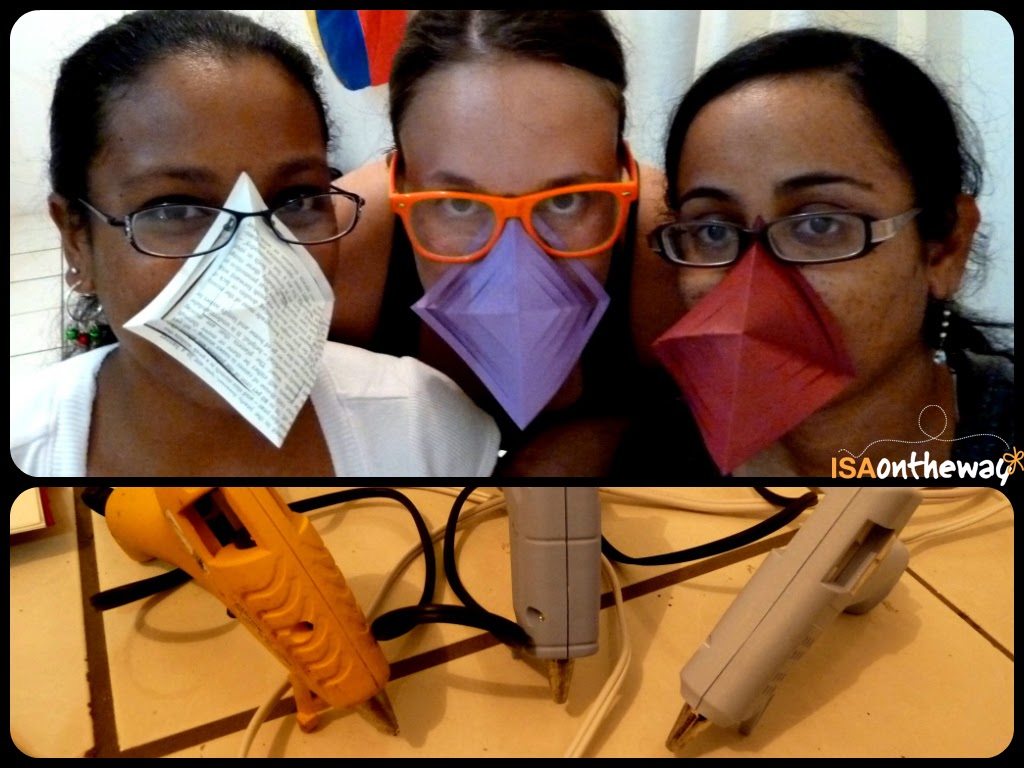 This is what I mean when I say "fun and joking". 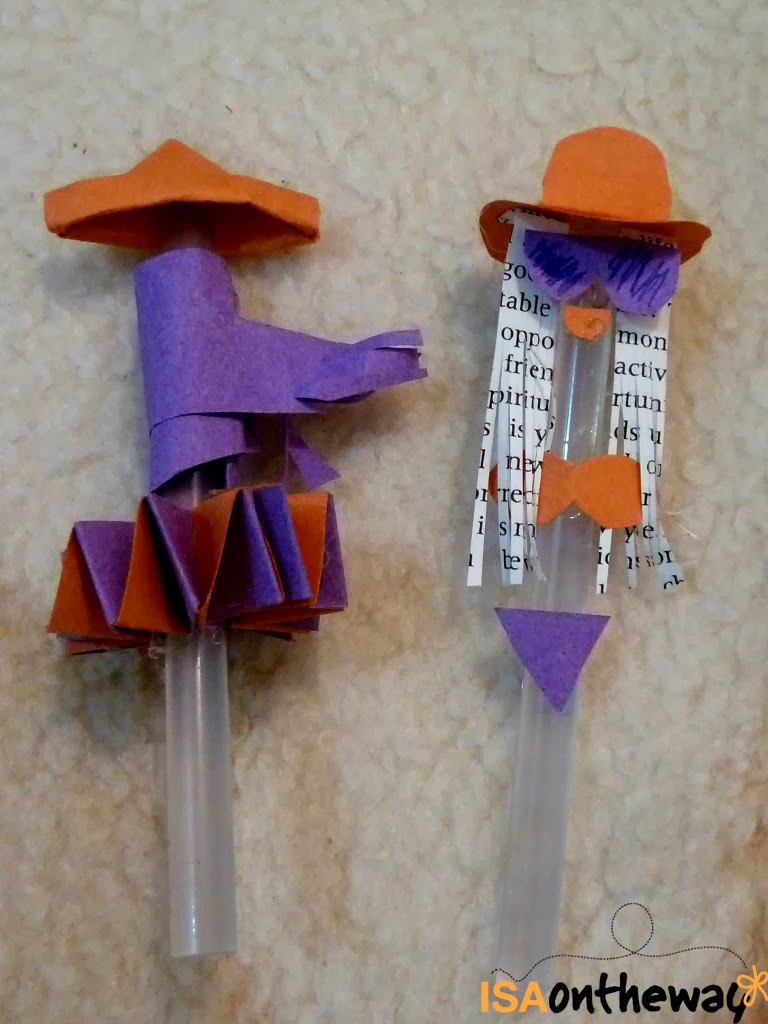 Glue people! The Scottish-Austrian crossdresser and the Caribbean beach girl. 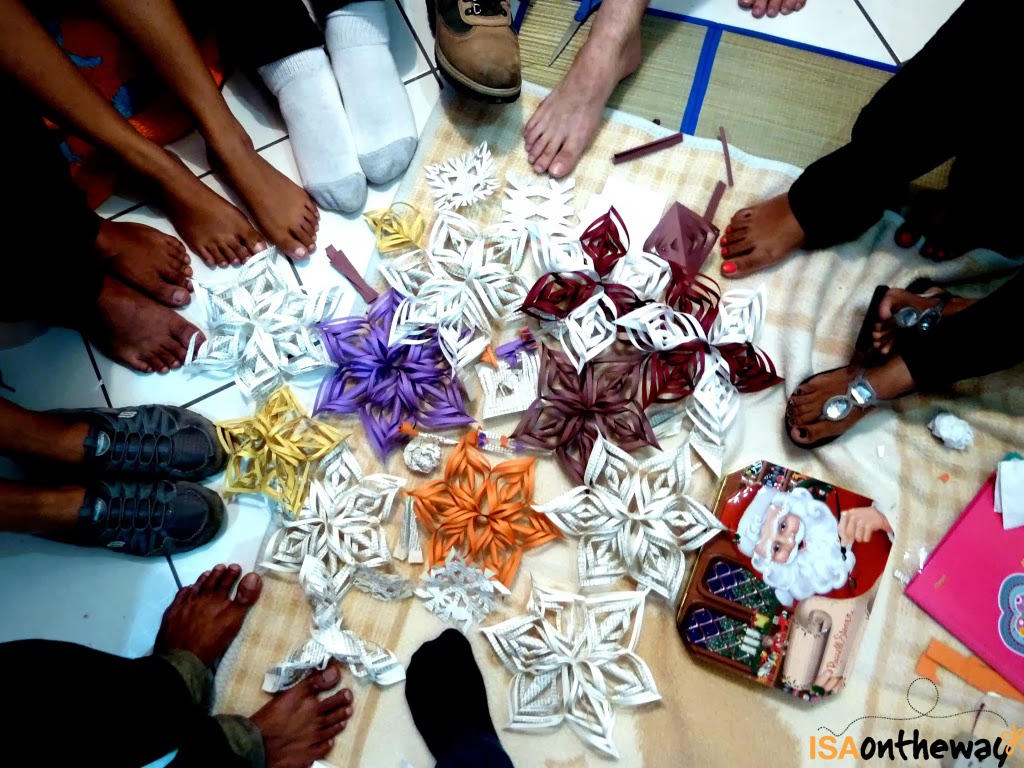 Our creations!!! And our feet.

I really hope to be able to host more events like this one in the future. More crafts, more fun, more good food with nice people. Also non-crafts things. Anything, really, once it's with friends. And with some luck, next time I'll even have a couch for everyone to sit on!!

Again a big THANK YOU to everyone who showed up, you're great.

Until the next time!

Posted by isaontheway at 5:00 PM