Waterloo, a site of deep faith.


That day my surfers and I went to the markets in Tunapuna and Arima, we also went to Waterloo to visit the Temple in the Sea. I love that place, I really do. It's so peaceful and so beautiful and it's really special, too. The whole story/history behind it is really unique, or at least to me it is, because I've never heard of anything like it.

I'd been to the temple before, but I'd never gone there by public transport, which is a bit of a trip. First, from City Gate in Port of Spain you take an Arima maxi out to the Curepe intersection. There, you switch to a Chaguanas maxi and go all the way down to Chaguanas. I make it say like it's oh so far in the South, but it's really located pretty centrally on the island. For me, this was the first time I'd ever taken a Chag-maxi. What's more, I didn't even know that green ones existed. All maxis have a thick and a thin line painted on their sides, parallel to each other. Inside Port of Spain they're yellow, the ones that go east towards Arima are red. These ones are green. But the journey continues (as all journeys always do) and after getting to Chaguanas you take a taxi out to Saint Mary's and, because that's still not enough, you take another taxi to the temple. And then it's the same spiel to get back to Port of Spain, plus the taxi from City Gate to Saint James, to home. 5 cars! Long way, right?

But so worth it! The Temple in the Sea is, as I've said before, a wonderful place. Siewdass Sadhu, an indentured labourer from India, built a Hindu temple for his community in Waterloo in 1947, but because he built it on privately owned land, it was destroyed and he was fined and sent to prison. That didn't make him let go of his dream, though, and when he got out of prison he decided that he'd built the temple again - in the sea. Literally. By hand and all on his own he built a causeway out into the waters of the gulf and then the temple itself. And it's still there today, in all its beauty. You can read the details of the story, if you want, I'm going to switch to pictures now, because I want you to see why I like the place so much. It's one of my favourite places on the island for a reason. 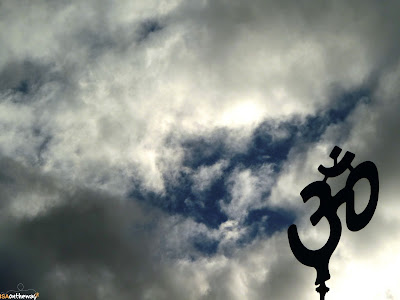 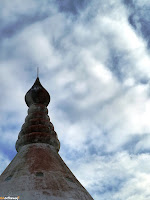 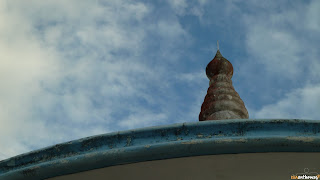 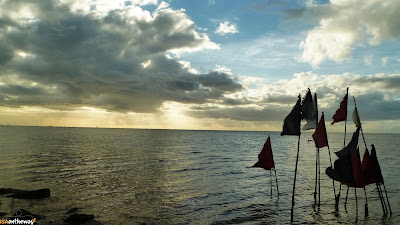 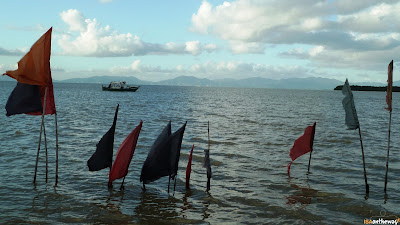 Out there, far behind the boat, there's Port of Spain. All tiny and still. 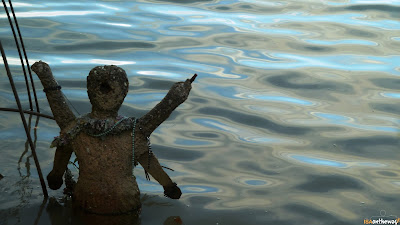 When statues get really old or break, they're put into the sea as offerings. To rest. 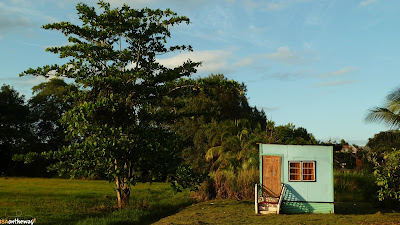 A tiny little house by the road.

I'm already looking forward to the next time I'll go there. I hope it's soon.

Cos that would mean being back in Trinidad soon.

Posted by isaontheway at 9:06 PM