...is what many people ask when I say Suriname. It's a country, it's in South America and no, you can't eat it. Because it's a country. One of the nine Guyanas, it's situated right between Guyana and French Guyana, north of Brasil and on the coast of the Caribbean Sea. It used to be Dutch (called Dutch Guiana for some time), now it's fully Surinamese and it's a pretty cool place. 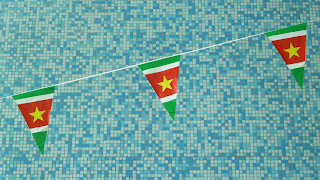 It's also where I am right now, in Paramaribo, to be exact.

I got here the night before last, later than expected and after a longer flight than expected. I did indeed leave SXM shortly after posting the last entry, but the flight didn't go from there to POS, it went to POS via BGI - Barbados! As it was the same flight, though, we didn't switch planes and they just refuelled and there was an exchange of passengers as some got off and some got on. I had to stay on the plane for the 30min duration of the layover, because I kept going to POS. I was going to get something to eat at the airport in Port of Spain, but then they did the same thing they'd done in BGI, even though this time the flight number wasn't the same anymore - but the plane was. So I had to stay on the plane for almost an hour, switching seats though because of the different boarding pass, and then we went on to PBM. Three flights in one, basically. And no food on any of them. We arrived in Suriname on time and there was even a taxi driver waiting for me - with a painted sign and everything -, who took me to the hotel the group had booked.

Yes, that's right. I'm with a group now. It's another one of KonaK's excursions and this time the topic is: Between the Caribbean and the Amazon - on the trail of outlaws. I'm only doing the last approx. two weeks, though, because before that I was busy in other countries and also these trips are expensive and exhausting - not what I need right now.

Day one was OK, though, actually a pretty good day to join the group. I hadn't slept much as I only went to bed around 3AM and we had to get up early to leave the hotel at 7.30AM, but it was no problem. We first went to the Anton de Kom Universiteit van Suriname to listen to some lectures by local professors and then from there we went to the National Archive of Suriname. I really loved it there, simply because I love the work archives do to preserve and distribute important information. And they explained everything they do there, from digitalizing and microfilming over storing to restaurating and conserving. It was awesome! 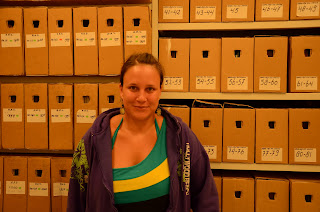 Oh gods, it just took forever to upload this picture! The internet connection is slower than I thought... But at least there is one, right?

We didn't do much else that first day, there was a lecture by our own professor, Christian (the one I've mentioned when talking about my thesis and other stuff, I think, I'm not sure, I don't really remember...), right at our hotel in the evening. But after that I finally got a long night's much needed sleep.

Today was the first really excursion-like day for me, because we actually went on a field trip. We had our own minibus/taxi for the whole day and the driver, Dennis, took us into the country. Paramaribo is located on the Suriname River, right on the coast, but today we took the road inwards. We first went to Jodensavanne, then to Redi Doti, a Carib village, then to Cassipora, an Arawak village. 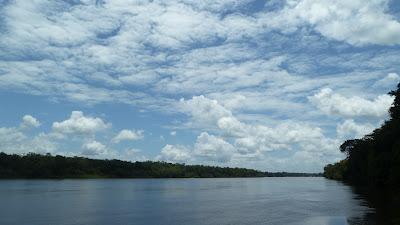 The old synagogue in Jodensavanne is located right on the river and this is the view. I love the sky in Suriname. 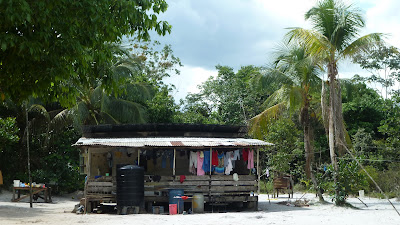 A house in the Carib village. 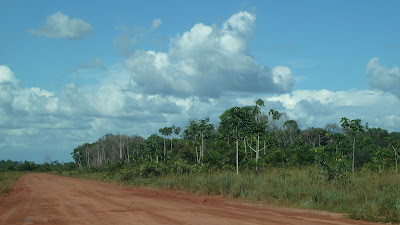 Redi Doti means red earth, this is why. 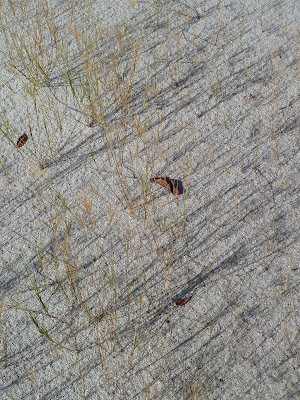 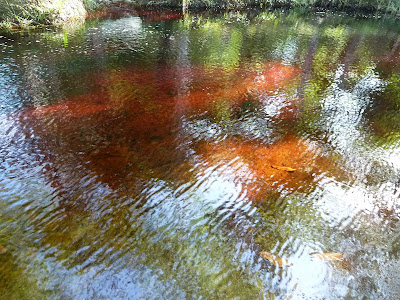 This is in a place called Blakka Watra, which means black water - I don't understand why they don't call it red water. It's beautiful!

What made the day really great, though, wasn't all the new information. Or, well, that made it a great day too, but there was something else that contributed even more to the greatness of the day. Two things, actually.

First, more food on a stick!!! 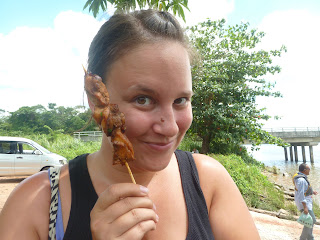 Yaaaay, it's chicken on a stick!

Second, I drove a ferry across a river. Yes, seriously. To get to Jodensavanne we had to cross the Suriname River, because we were on the western shore and all the places we wanted to visit were on the eastern shore. There's a bridge, but it's been broken for years and years so a ferry service has been installed. It transports people, but it can also take up to six cars from one shore of the river to the other. We got on board and while the cars were rolling on deck and the captain was busy sorting them out, as well as the drivers and their payments, we took pictures of ourselves behind the steering wheel. You know, like you do when there's a open cockpit - no matter if it's a plane or a boat or anything else that's cool and that you can't just drive (or fly) yourself anyday. But me, I thought to myself there's no harm in asking, so when the captain came back I half seriously and half jokingly asked: "Can I drive it?"

He didn't even hesitate a second, he just said yes. Before we actually started the crossing, he did ask me if I knew how to drive a car, which obviously I do, so he just started the motor and off we went. He kept control of the accelerator, because the river is a little tricky to navigate, but he left the steering wheel to me one hundred per cent, only telling me to go a little more to the left or a little more to the right a few times. That was so cool!!! There were six cars on the ferry and our group of seven and a few other people and I took all of us across the river. I'm still excited just thinking about it, seriously, that was really something. 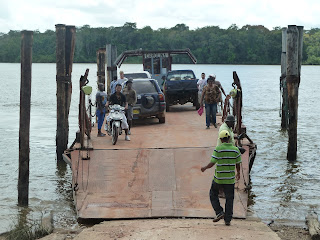 The ferry arriving when we were waiting to cross for the first time. 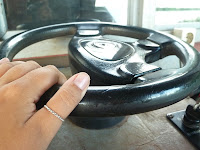 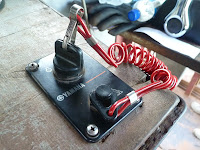 Don't worry, I took these two pictures before we took off. While on the river, I concentrated on the river. It would have sucked to break that ferry... and it would also have sucked to put a second hole into that bridge - the first one is from when a boat went "through". 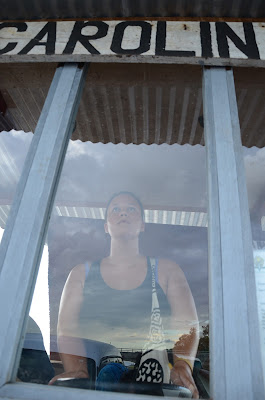 On the way back, one of the guys who rode the ferry with us got nervous when he saw that the captain was going to let me drive the boat back, he hadn't been there on our first trip across the river. When he asked if the captain was really going to let me steer, I turned over, looked at him all serious-like and said: "Don't worry, I have done this before." You should have seen his face then! No really, I had so much fun today...

But now it's very late and tomorrow is another long day, so I'll sign off here and tell you more about other things later. Sounds promising, right?