I would say you haven't really visited New York if you haven't visited at least one of its many impressive museums. But maybe I'm just saying that because I love art and museums so much, I just want everybody else to love it too. If you've read my post about the Philadelphia Museum of Art, then you probably know what to expect from this post, that's about the Guggenheim Museum and the Metropolitan Museum of Art. I know, I know. I'm really excited too!!

After that morning coffee and bagel at 34TH Street and 6TH Avenue, Mari and I took the R train to Lexington Avenue and 59TH Street, switched to the 4 or 5 or 6 (I forgot, sorry) and took that a bit further North and then from there we walked over to Central Park. Seeing Central Park for the first time was already cool (separate post on that coming), but then we turned to the left and there it was... there it was! The Guggenheim!!! 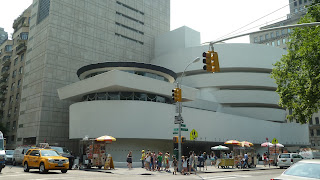 It looks so much smaller from the outside than from the inside, don't you think? Like Death's house, with the impossible dimensions and all that... because we did go inside and all of a sudden that little building turned itself into a huge museum with an incredibly high ceiling. Look: 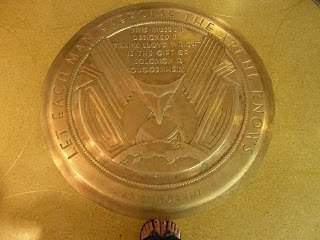 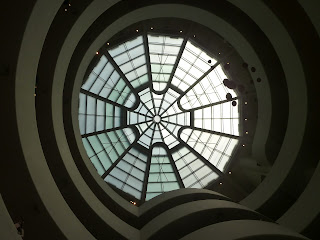 Look up there, how pretty is that?! 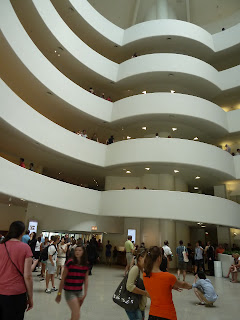 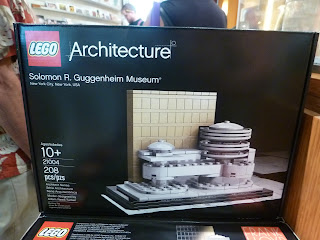 A LEGO version of the Guggenheim!

We didn't go inside to see any exhibitions, because when you only have one day to see New York you can't really do more than one museum and I really wanted to go into the Met, so we headed out of the Guggenheim again and strolled down 5TH Avenue towards the New York Metropolitan Museum of Art. Excitement growing and bubbling up inside me. 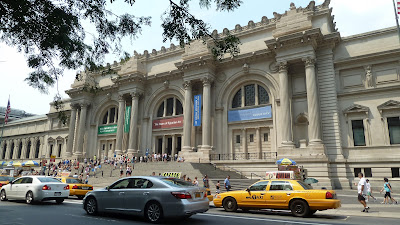 It the museum is the one big with artists all over the world from!!!!! 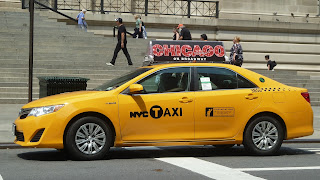 Yellow Cab with a Broadway musical ad on top, parked in front of the Met. How much more can you ask for? This is NYfC! 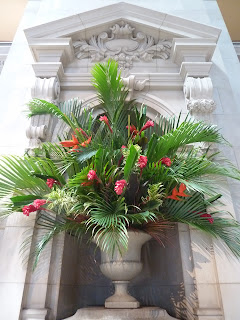 Real flowers in the lobby. 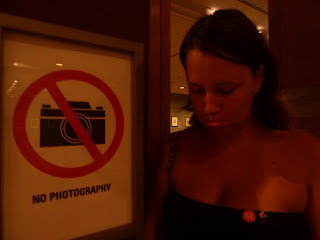 Now, usually you'd think that a museum as big and renowned as the Met is really expensive to get into. Like the PMA, where I paid 20 dollars being a student. But no! The prices given in the Met seem to be recommended donations, so Mari and I actually got in for a dollar each. Yes, one dollar per person. One! I love that, because even though we could have paid more - we can both afford it - there's many people who can't and a price policy like this makes art accessible to all the people who can spare one dollar and that's so many more than the ones who can spare 20 or 25. Yay!

Most of the non-permanent exhibitions were no-photo, but the permanent displays usually let you take pictures without flash (Duh, don't we all know that?), so here are some of my favourites: 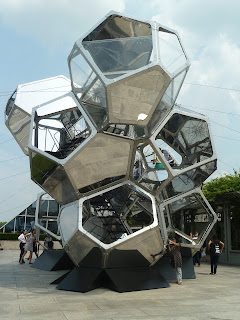 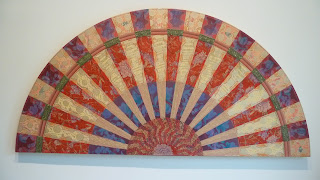 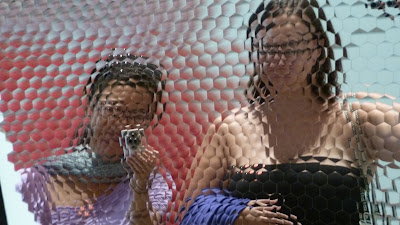 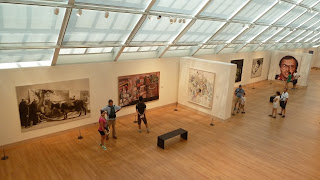 All the modern painters are represented in this gallery!


And here we have the Austrian meetup corner: 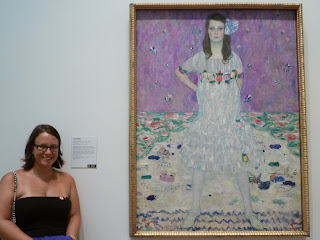 The best thing about the Met is that you don't only get all this art at such an affordable rate, you are able to combine it perfectly with the rest of the NYC experience. It's located on 5TH Avenue and you can look out over Central Park from some of the galleries and from the rooftop. The rooftop also gives you a view of the Manhattan skyline and, well, that's simply breathtaking! 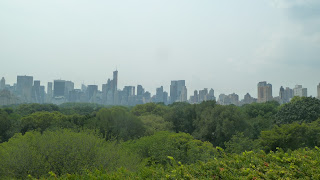 Is this cool or this cool? It's cool, is what it is!

Thank you, Met. You're one of the coolest museums I've ever visited and I will be back, because I haven't even seen a quarter of all that you have to offer. Wait for me, I won't be long! 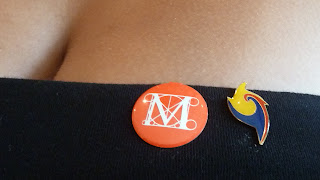