In the beginning of the last post I wrote that I was really into Philadelphia, because of it's tons and tons of history, culture and art. Well, yesterday was all about art and culture is around you all the time, no matter what exactly you do and where exactly you do it. Walking up and down the streets here, for example, you can't escape the part of culture that is murals: 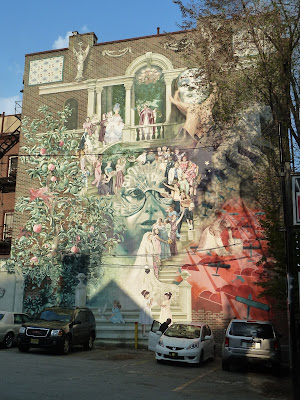 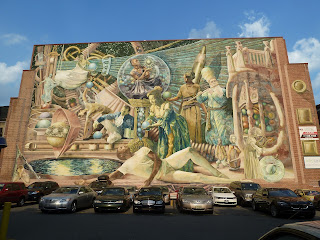 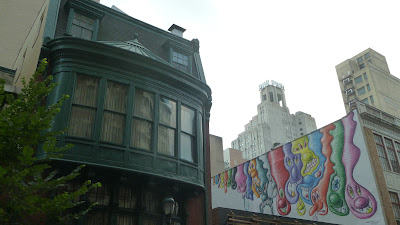 So art and culture have been covered, which leaves us with history. History was the major ingredient in today's activities. Philadelphia is one of the most important cities in US-American history, I won't tell you why, you can read that yourself. I'll just tell you about what I did and then you can go read about it somewhere else and find out what it actually means - because I feel lazy right now! I'm on vacation after all, right? I'm not a full-time student anymore, so I don't have to know everything. And even if I do know stuff, I don't have to tell you. Hah!

1776 was the year the Founding Fathers signed the Declaration of Independence in Independence Hall right here in Philadelphia, after several meetings during the whole time of the American Revolution. Then, in 1787 (200 years before yours truly was born) the first Constitution of the United States - now the oldest one in the world - was signed in the same place. Philadelphia had been capital (one of a few, actually) during the Revolutionary War and it was declared the official capital while Washington DC was still under construction, a new capital city had to be built specifically for this purpuse, because it was supposed to be in the approximate centre of the country so that no half - North or South - would be favoured. Also it wasn't to belong to any State so it was put under the jurisdiction of Congress itself instead of serving as a State capital. Philadelphia is much older though, had been founded at the end of the 17th century, the 1680s, by William Penn. He arrived at the river Delaware - there's now a place called Penn's Landing - and founded the city so his colony of Pennsylvania (Penn's forest) would have a capital - DAMNIT!!! I'm telling you stuff! I wasn't supposed to do that... so much for not a student... I'll stop telling you things now and skip to pictures of my day, just to make sure I don't fall into old habits. Especially, because all this information is part of what I picked up in the last two and a half days and I don't even know if it's true... 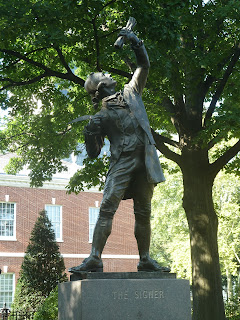 The signer - commemorating the men who signed the Declaration of Independence and the Constitution. 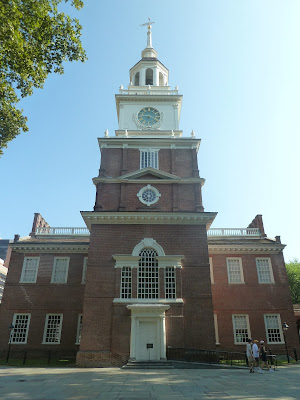 Independence Hall, on Chestnut and 5th, right across the park from the National Constitution Center. You need a ticket to be able to go on a guided tour in this place, but tickets are free. 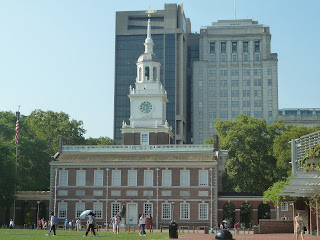 Independence Hall from across the street. 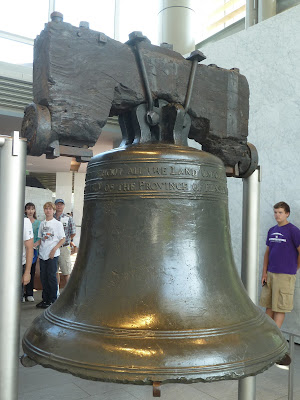 The Liberty Bell, the one they licked in HIMYM. 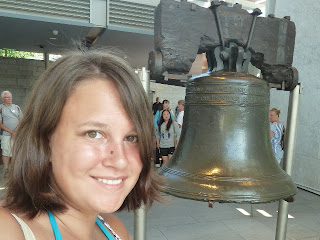 See, there's a picture of me with the bell. I really am here, doing all the things I'm telling you I'm doing, not just inventing stories and putting up pictures I find on Google. Never doubt me! If I were you, I'd be greatful my face isn't in every single one of these pictures... 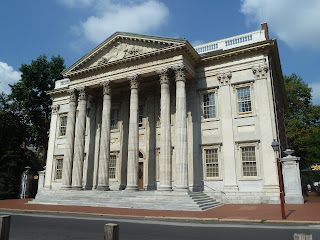 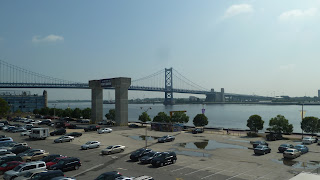 Benjamin Franklin Bridge in the background of Penn's Landing. Cross that bridge to the other side of the river Delaware and not only are you out of Philadelphia, you're out of Pennsylvania and in New Jersey, too! 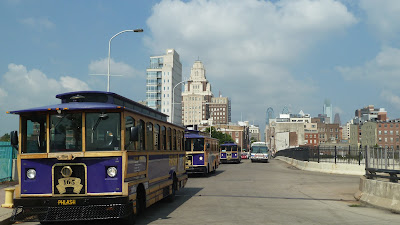 Philadelphia seen from Penn's Landing. The purple things are called Philly Phlash, I think. They take you around in the old town between all the historic sites, for the ones who can't appreciate they're finally in a city where most interesting sites are in walking distance from one another. And for lazy people. 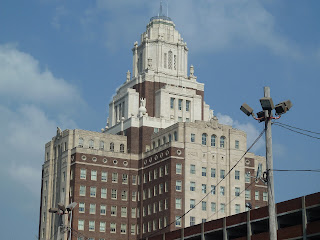 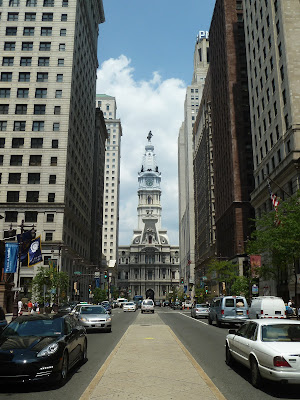 Looking up Broad Street towards City Hall. I find this very pretty. 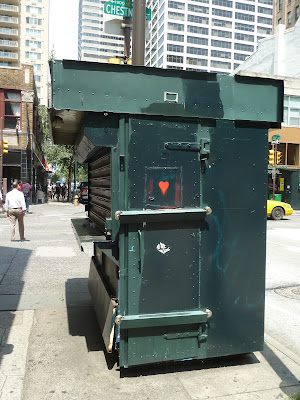 Seriously, though, I really love walking around this place and sitting in the parks. Even though it was very hot today, I still had the best time just taking it all in and letting the city amaze me. And now I'm going out to meet a friend of mine, Marisha, who I hosted in Vienna in 2010 or 2011, I'm not sure right now. Looking forward to that!

And what I'm also looking forward to is tomorrow. Why? Because I'm going to New York City for the day!!! I'm so excited, it'll be grand!

Posted by isaontheway at 7:30 PM