From Broadwalk to Boardwalk - ACY.


Atlantic City. Another place I came to with no information, like Santo Domingo. Even less information than there, though. Actually, this is the place I knew the least about prior to arrival of all the places I've ever gone to. Right now, I'm still not sure where I am on a map and I've been here for over six hours. It's fun though, I like it. I figure, I don't always have to know everything about everywhere; unless I'm going to a place that needs preparation (jungle, desert, mountains, anywhere far away from any WiFi connections) it doesn't matter that much and I can just learn as I go. Which is what I'm doing here.

How come I am in a place I know nothing about? Why am I even here? That's easy, it's all thanks to Spirit Airlines. I wanted to use one of their 50OFF coupons on a round-trip, so I decided to visit my friend Louizis in Philadelphia while I was in Florida. All spontaneous like. But Spirit doesn't go straight to Philadelphia, just like they don't go straight to Miami. Only ACY is a little further away than FLL. But, as they say, what shalls? Louizis said they had buses up here, so I booked the trip anyways. As he has to work all day today and won't be able to pick me up from the bus station until around 9PM, I feel like I'm writing this for the fifth time already, sorry for all the repetitions, he suggested I spend the day here in Atlantic City before taking the bus over to Philly. And because lately I've taken to doing what I'm told instead of thinking for myself when it comes to decisions like this, I took his advice and hung out here.

Here's what I did:

- took the Jitney from the airport into the centre of the city, all by myself
- had a cheese steak sub at The White House Sub Shop
- saw the water show in the mall on Caesar's Pier
- walked up and down the world-famous Atlantic City Boardwalk
- stuck my toes into the Atlantic but it was waaaaay too cold to consider jumping in for a quick swim
- got a flyer for a Ben & Jerry's happy hour promotion - three flavours for three dollars
- got three flavours for three dollar at Ben & Jerry's
- sat in the sun reading for a while
- walked around the streets off the Boardwalk for a bit
- came into the McDonald's I'm sitting in right now to get online and tell you about my day 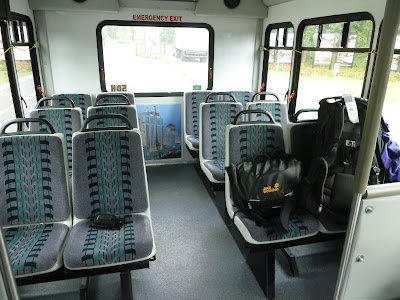 Me, myself and I taking the Jitney into town. 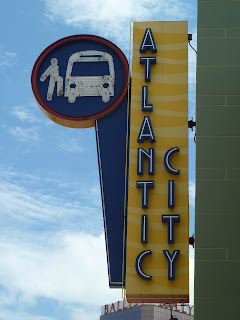 Arriving in the city. 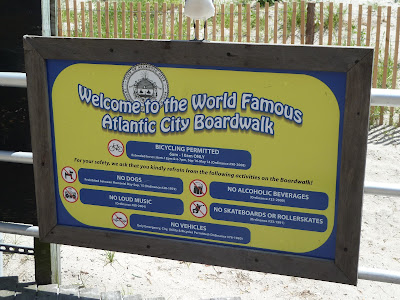 One of the many world famous things I have no idea about... or had - until today. 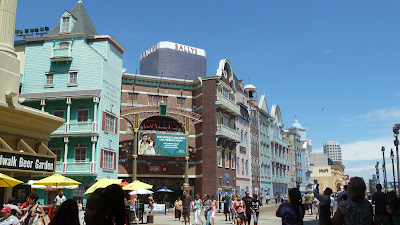 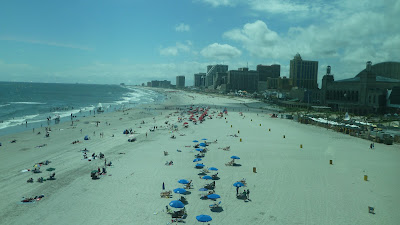 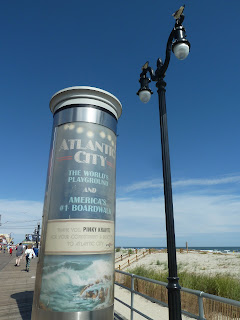 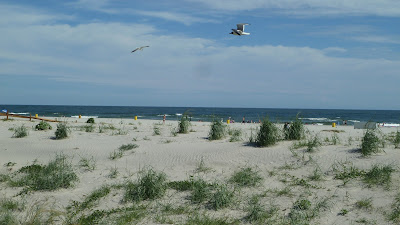 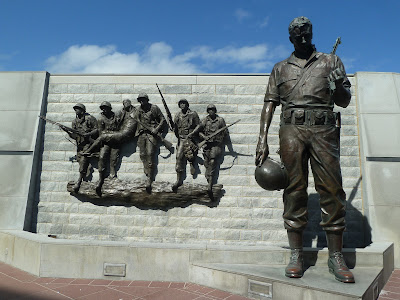 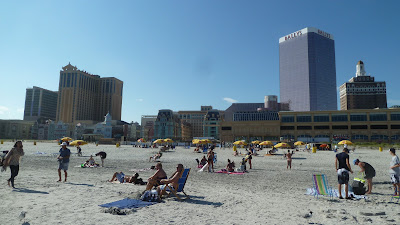 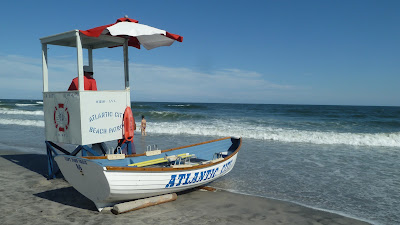 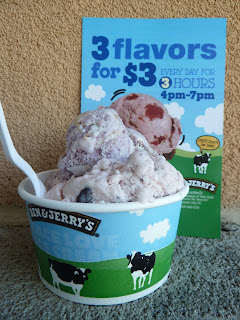 To me, what's most interesting is the feeling this place gives me. It's like it's not real, but all fake. As if, if you took away all the tourists, nothing would be left but empty parking lots and abandoned shopping bags. It's all casinos and shops and restaurants and bars and designer outlets, nothing that looks like what I consider real people have any business in the area. I saw a few mini marts, but no real supermarket. There was a newspaper stand, but it wasn't a real one, it was just a shop on the Caesar's Pier called The Atlantic City Newspaper Stand. This is actually what I imagine Las Vegas to be like, but even faker, because there, even the grass is a lie, right? Take away the sea, or move Atlantic City into the desert and you get a miniature Las Vegas, because the Boardwalk is the Strip. Or at least in my imagination that's what you'd get, because I haven't been to Las Vegas yet and only know it from movies - like most things here in the United States. But one day I'll go and then I'll let you know. Or you tell me if I'm right, if you've been to both places.

It's a bit after 7PM now and my bus to Philadelphia leaves at 7.40PM, so I'll pack up my things, get my backpack and head over to the Atlantic City Bus Terminal to catch my next ride.

Next update will be from Pennsylvania!

Posted by isaontheway at 7:06 PM