I'm often lucky (knock on wood), especially when it comes to travelling (knock on wood again). I'm also somewhat supersticious, if you haven't noticed. But the reason I'm telling you this is that on this recent trip to Istanbul I was especially lucky with the hotel.

This hotel is right in the middle of everything there is to see in the Old Town of Istanbul. Seriously! For real! You're in walking distance of the Topkapi Palace, the Hagia Sophia, the Blue Mosque, the Spice Bazaar and the Grand Bazaar, Galata Bridge and Galata Tower, and tons of other places that won't come to my mind right now because it's just too much to try to remember all the beauty of that part of the city. Check on a map, I'm not lying or even exaggerating.

There's also lots of little cafés and restaurants in the streets surrounding the hotel and the tram is close by as well, in case you want to go further and don't feel like taking a taxi.

The rooms are very comfortable and cute and have TV, there's free WiFi in the hotel (that works in the rooms, not only in the lobby as so often is the case), the breakfast is good and plenty and the staff are just so nice, I can't even tell you just how nice the are. Just imagine two guests who won't stop asking questions (some normal and smart, others ...not so much) and the receptionists as well as the bellboys answering every single one of them - and with a sincere smile on their faces! They even searched the internet for us when we felt like eating waffles one day and didn't know where we could get any. I mean, who is that nice? Nobody, I tell you, apart from the staff at Hotel Evsen.

If you ever go to Istanbul: Stay there!

And if I haven't convinced you yet, here's some pictures of their newest room they just renovated. 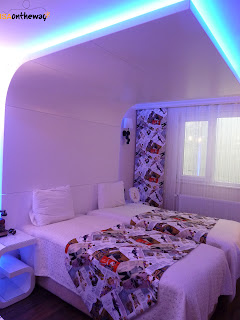 There's also normal light bulbs, not only the blue ones, obviously. But the photo looks so cool like this!! 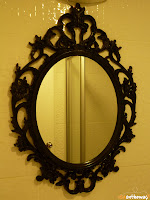 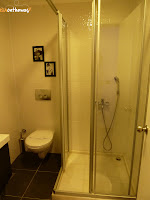 Convinced yet? No? What, seriously, you're not convinced yet? OK, then just let me just quickly mention the value for money you get in this hotel: incredible. Nuff said.